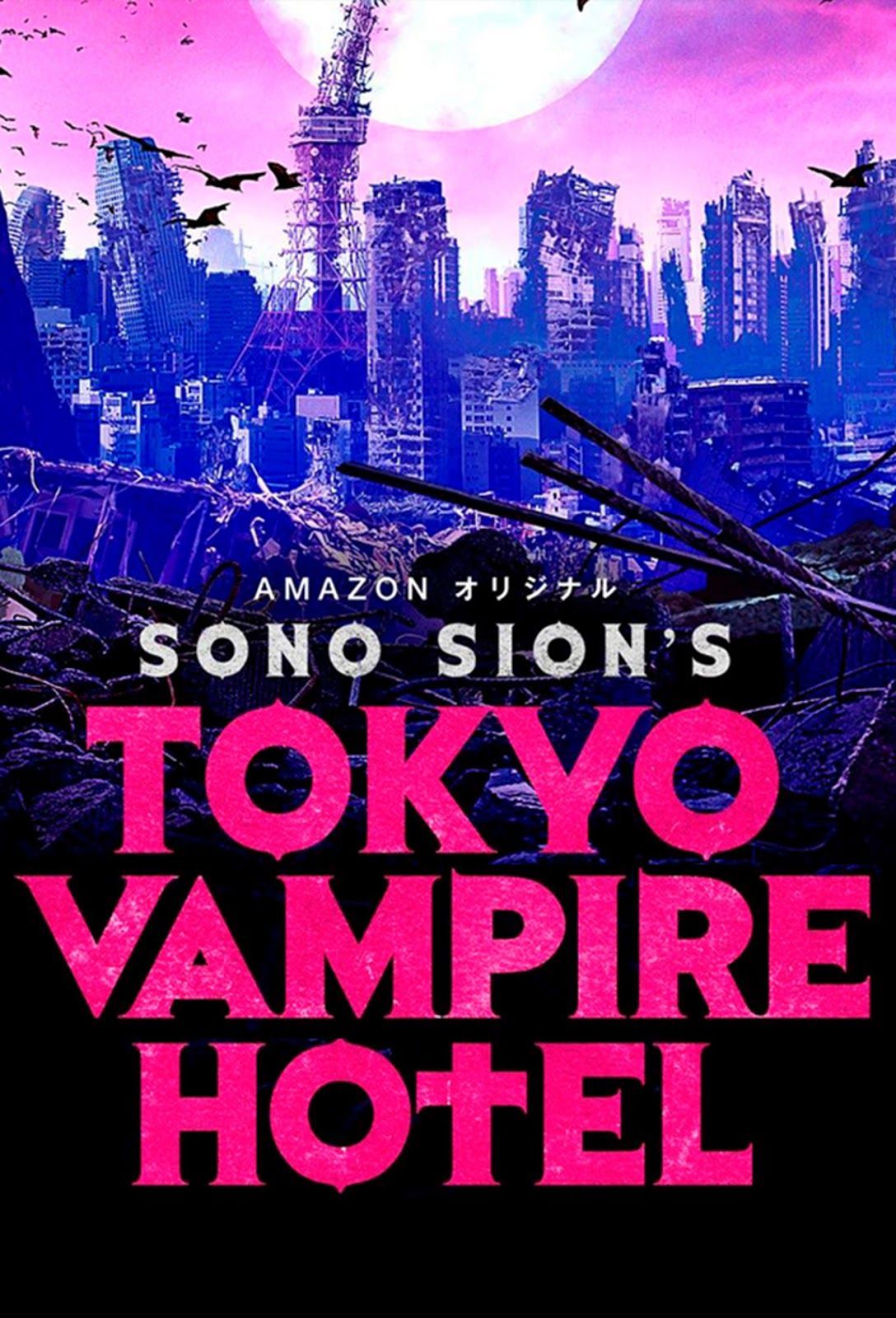 Vampire movies are the radioactive wasteland of pop culture, where nothing good grows, but suddenly Sion Sono?s TOKYO VAMPIRE HOTEL comes screaming out of the ashes to prove that the genre still has life ? hideous, mutated, unholy life. Originally created as a 10-episode series for Amazon Prime, Sono compressed six-plus hours of story into two hours of overheated mayhem, and the result is a confetti cannon full of blood squibs aimed at your face. Shot partially on vast soundstages lit with all the colours of a Suzuki Seijun film, and partially in Romania?s gloomy salt mines and cobblestone alleys, TVH is really set in 2021 as the Dracula family and another family of vampires, the Corvins, prepare for the end of the world by getting into a massive rumble.

The Draculas wear billowy pirate blouses, are scared of crucifixes, and have retreated into an interdimensional salt mine beneath Transylvania. The Corvins are pop-idol hot and have retreated into a posh hotel located inside the interdimensional vagina of their leader. There, they?ve invited a herd of humans they?ll force to breed at a ?Special Coupling Party!? to ensure an endless future supply of blood. Enter Manami (Ami Tomite), a girl looking to fit in someplace, who has special vampire blood, and suddenly everyone wants to shoot each other in the face to stash her in their apocalypse bunker first. Swerving from SCARFACE-sized gun orgies to gaudy scenes of baroque excess, Sono still delivers actual emotions at unexpected moments, and the result is a massive, messy cake dripping with fake blood and frosted with swirls of classical music, with a bleak statement about human cruelty perched like a blood red cherry on top. ? Grady Hendrix