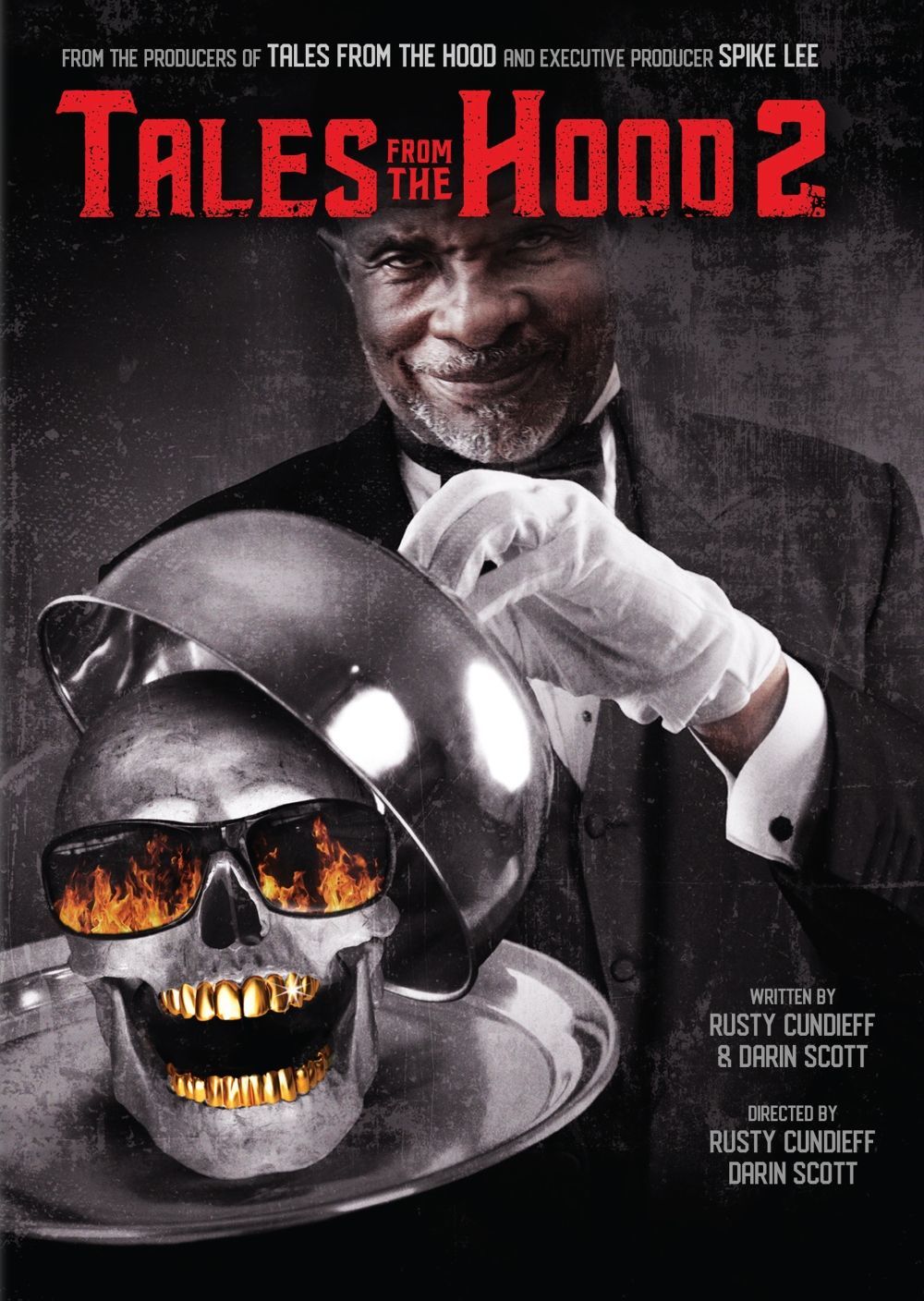 Horror is back in the hood! The sequel to the groundbreaking original film TALES FROM THE HOOD reunites executive producer Spike Lee (Honorary Academy Award® winner) and writers/directors/producers Rusty Cundieff and Darin Scott for an all-new gripping, horrifying and oftentimes devilishly comical anthology. Keith David stars as a contemporary Mr. Simms to tell bloodcurdling stories about lust, greed, pride and politics through tales with demonic dolls, possessed psychics, vengeful vixens and historical ghosts. Mr. Simms’s haunting stories will make you laugh... while you scream.

With its openly political bent, it’s no surprise that TALES FROM THE HOOD 2 has Spike Lee as an executive producer. Original 1995 TALES FROM THE HOOD makers Rusty Cundieff (FEAR OF A BLACK HAT) and Darin Scott (DARK HOUSE, the upcoming DEEP BLUE SEA II) are back as writers/directors here (both scripted the first film, with Cundieff directing). Keith David displays gleeful showmanship and silent bemusement as Simms, a role played in the original by Clarence Williams III. Bryan Batt demonstrates a plethora of facets as the phony medium. TALES FROM THE HOOD 2 is squarely in the tradition of outrageous, entertaining anthology horror, but it also addresses serious issues with a forceful point of view, just as folklore has done throughout history. – Abbie Bernstein

Campfire Creepers: The Skull of Sam