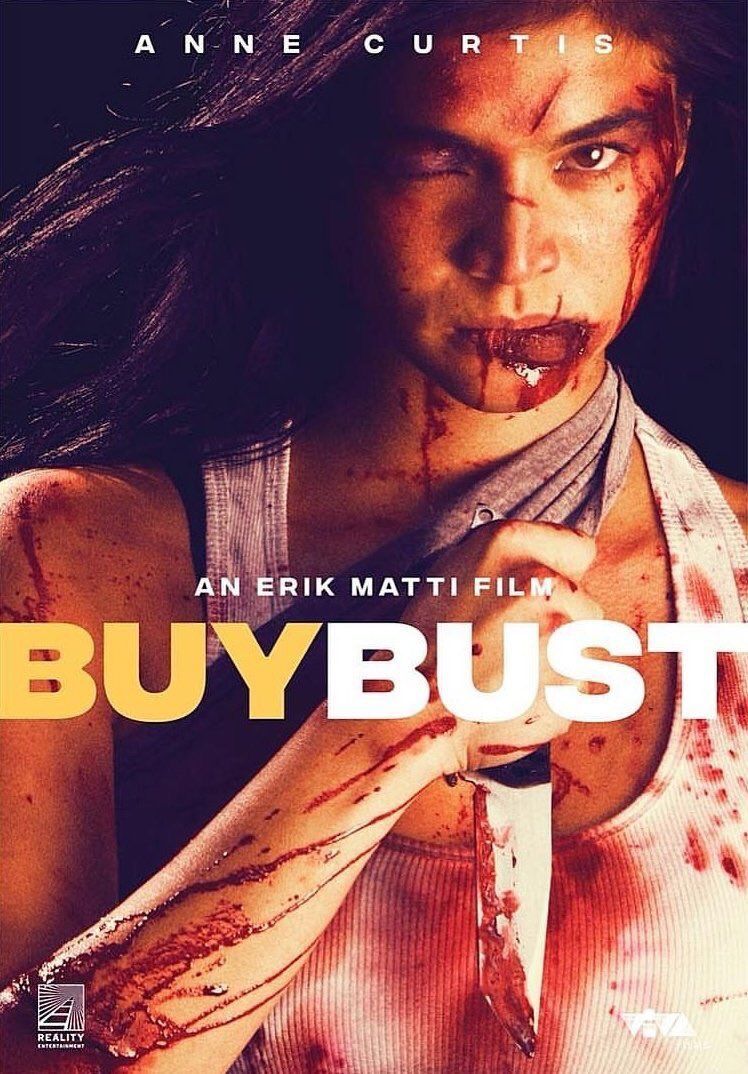 Nina Manigan is a rookie police officer, assigned to an elite anti-narcotics squad. Her team is selected to escort local officers to a drug bust in the slums of Manila. When everything goes south, she and her colleagues are trapped in the drug den. They have to dodge not just the dealers, but also the local residents, who turn on them in revenge for civilian casualties during previous operations. No matter how good their training, nothing can prepare them for what will become the longest night of their lives.

After the impressive ON THE JOB (2013), Philippine filmmaker Erik Matti is back with another, even more action-packed thriller. Matti, who wrote, produced and directed, has taken a fairly familiar action-movie premise and made it something special. BUYBUST is pure entertainment, with bullets flying everywhere and fights in every corner and more, presenting a stark reflection of the current crisis in the Philippines.. With the help of his director of photography, Matti has given the film a suitably dark and gritty look, and super-charged the bounty of fight scenes with a dynamic, even frenzied energy. Just wait for this amazing final battle in the alleys of Manila. Everyone in the cast delivers an outstanding performance, especially Anne Curtis as Nina. She carries the movie on her shoulders and executes some of the most spectacular action scenes witnessed in years. She has the charisma of Angelina Jolie, the agility of Michelle Yeoh, and the attitude of Sigourney Weaver. Don't be surprised to see her in Hollywood soon. - Éric Boisvert