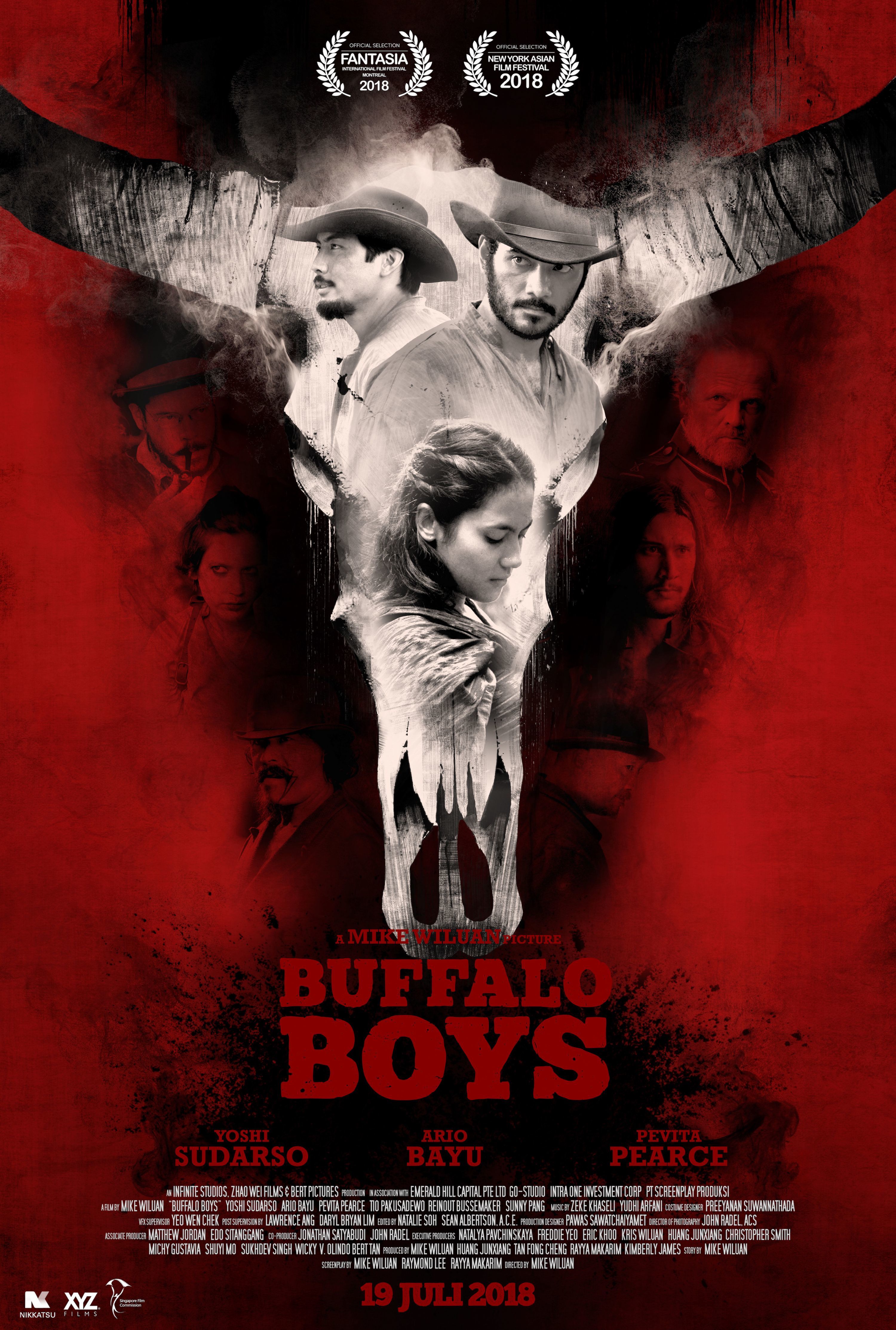 In 1860, following a brutal massacre by Dutch colonial forces, and the murderous ambush of the rebellious sultan Hamza by Captain Van Trach and his troops, Arana, Jamar and Suwo – Hamza’s younger brother and two infant sons – are forced to flee the country. Their exile leads them many thousands of miles away, to the American Wild West. The years pass as they labour on the railroads, and all the while, one objective remains their focus – to return home and seek revenge on the man who murdered Hamza. Their resolve pays off, at last, and upon setting foot on Indonesian soil, the trio quickly begins their search for Van Trach. On their journey, they meet Kiona, the beautiful daughter of a village headman. Suwo falls for her, but puts the village in danger when they discover that Van Trach rules the area. With many live at risk now, the quest for revenge has become a fight for justice.

The prolific producer Mike Wiluan (MACABRE, HEADSHOT) chose BUFFALO BOYS for his first feature as director – a decision that paid off. Together with co-writer Rayya Makarim, Wiluan has created a strong, engaging story that comes at the classic American Western from an authentic Indonesian angle, and mixes things up with traditional and modern-era elements – a good example is the various weapons in play, from the new-fangled firearms of the moment to a traditional machete called the golok. With his many years as a producer, Wiluan knows exactly how to make a movie entertaining, and the numerous action sequences are flawlessly executed by the leads, Ario Bayu, Yoshi Sudarso and Zack Lee. For the last couple of years, Indonesia has delivered some of the most spectacular action films coming from Asia. BUFFALO BOYS is absolutely one of them. – Éric Boisvert