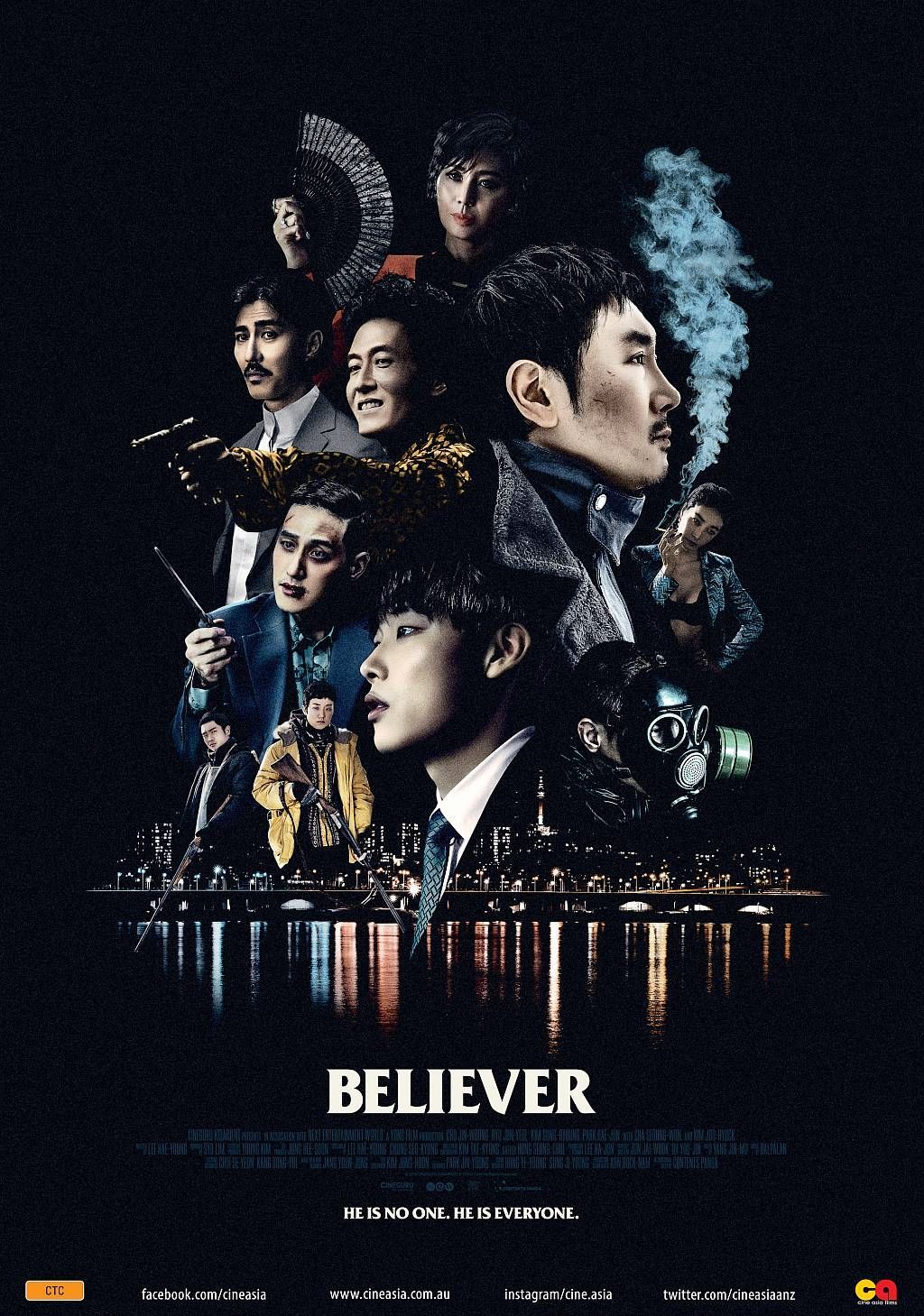 Detective Jo Won-ho has been on the hunt for Asia's biggest drug cartel, and particularly its boss Lee, for years. Unfortunately, Won-ho loses his informants, and truly believse it will be the end of his investigation until he finds himself with a valuable asset in his hands: Rak, a drug dealer grieving his mother's death in a catastrophe at one of Mr. Lee's meth labe. Using Rak as bait, Won-ho and his team aim the highest level of the cartel, man by man. When Rak meets with an important member of the Chinese-Korean cartel, things start to move fast but not necessarily as planned, for anyone.

Six years ago, Johnnie To gave us the impressive DRUG WAR. It didn't take too long before someone remade it. Korean filmmaker Lee Hae-Young (FOXY FESTIVAL) decided to accept the challenge. The biggest difference between the two films is the way they develop the characters. BELIEVER offer some of the best Korean actors, who sink their teeth into deliciously over-the-top performances. Ryu Jun-yeol's interpretation of Rak, a drug trafficker who betrays his organization, is unbelievable. The way he manages to keep his cool, despite all the violence around him and the danger he is in, is impressive. This prowess in character creation also applies to the villains, and the deaf-mute duo that works in Lee's kitchen is probably one of the most fun and interesting in years. The cinematography by Kim Tae-kyung (THE THRONE) is stunning and the various action scenes, which include a very exciting woman-on-woman fight, is splendid. - Éric Boisvert