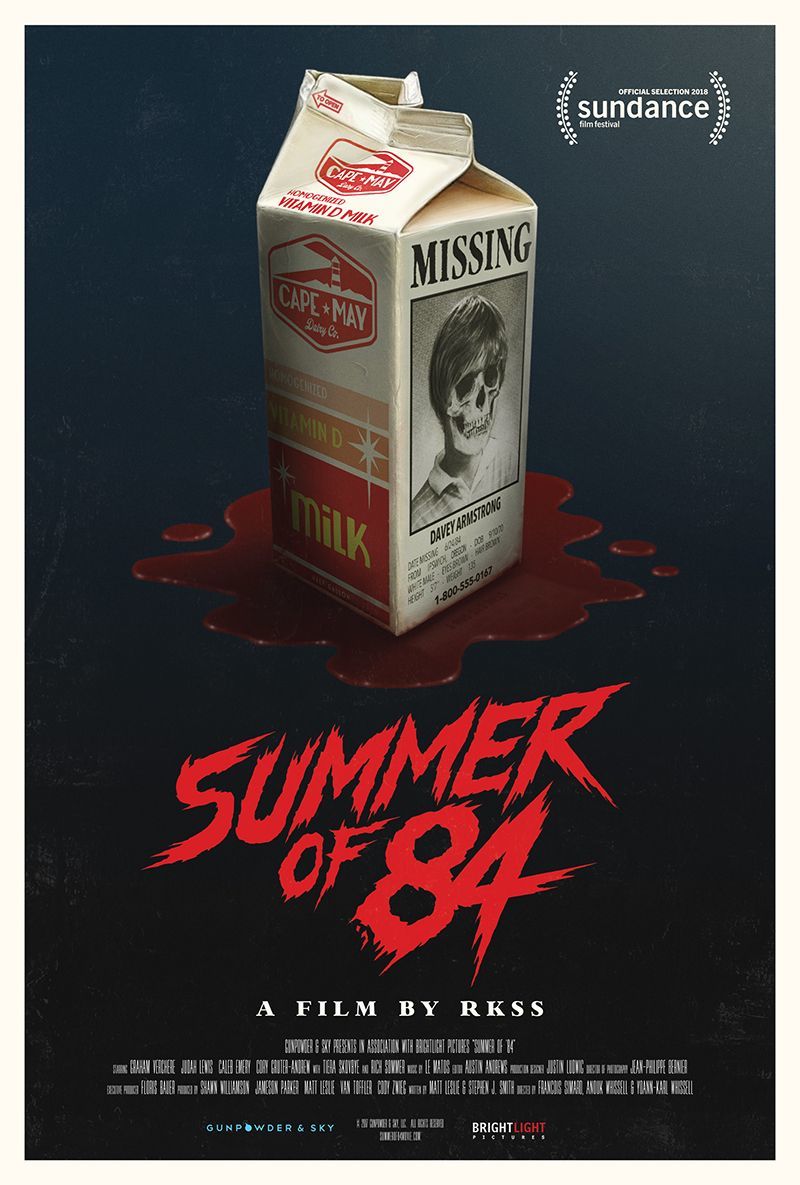 “A strong, confident follow-up to TURBO KID with a killer climax”

“A slow burn that leads to a wildfire... most movies don’t have the balls to do what SUMMER OF ‘84 does, and that’s what makes it so special”

“The suburbs are where the craziest shit happens,” 15-year-old Davey Armstrong (Graham Verchere) tells us at the beginning of SUMMER OF ’84,, and he should know. It’s June of the eponymous year in Ipswich, Oregon, and Davey is spending his days and nights hanging out, talking about sex and the finer points of STAR WARS sequels, and playing “manhunt” with best friends Eats (Judah Lewis), Woody (Caleb Emery) and Curtis (Cory Gruter-Andrew). The innocent fun ends when Davey begins to suspect that his next-door neighbour, outwardly friendly cop Wayne Mackey (Rich Sommer), is the Cape May Slayer who has been preying on kids his age in the area. Davey recruits his pals to help investigate and expose Mackey, initiating an adventure that threatens to turn dangerous and deadly for the boys at any moment.

Returning to Fantasia three years after the triumphant Canadian premiere of their debut feature TURBO KID (which launched at the fest’s Frontières marketplace in 2012), the Montreal-based RKSS directing trio of Anouk Whissell, Francois Simard and Yoann-Karl Whissell serve up another homage to genre-loving youth. This time, that enthusiasm is filtered through a coming-of-age story (by debuting screenwriters Matt Leslie and Stephen J. Smith) in the STRANGER THINGS mold, as our four teen heroes become embroiled in a real mystery with life-and-death stakes. With a period aura enhanced by a Tangerine Dreamy score from Le Matos, SUMMER OF ’84, captures the joys of friendship, and the trials of dealing with parents who don’t get you and crushing on the girl who used to babysit you. But watch out, because this nostalgia piece has a sting in its tail. – Michael Gingold