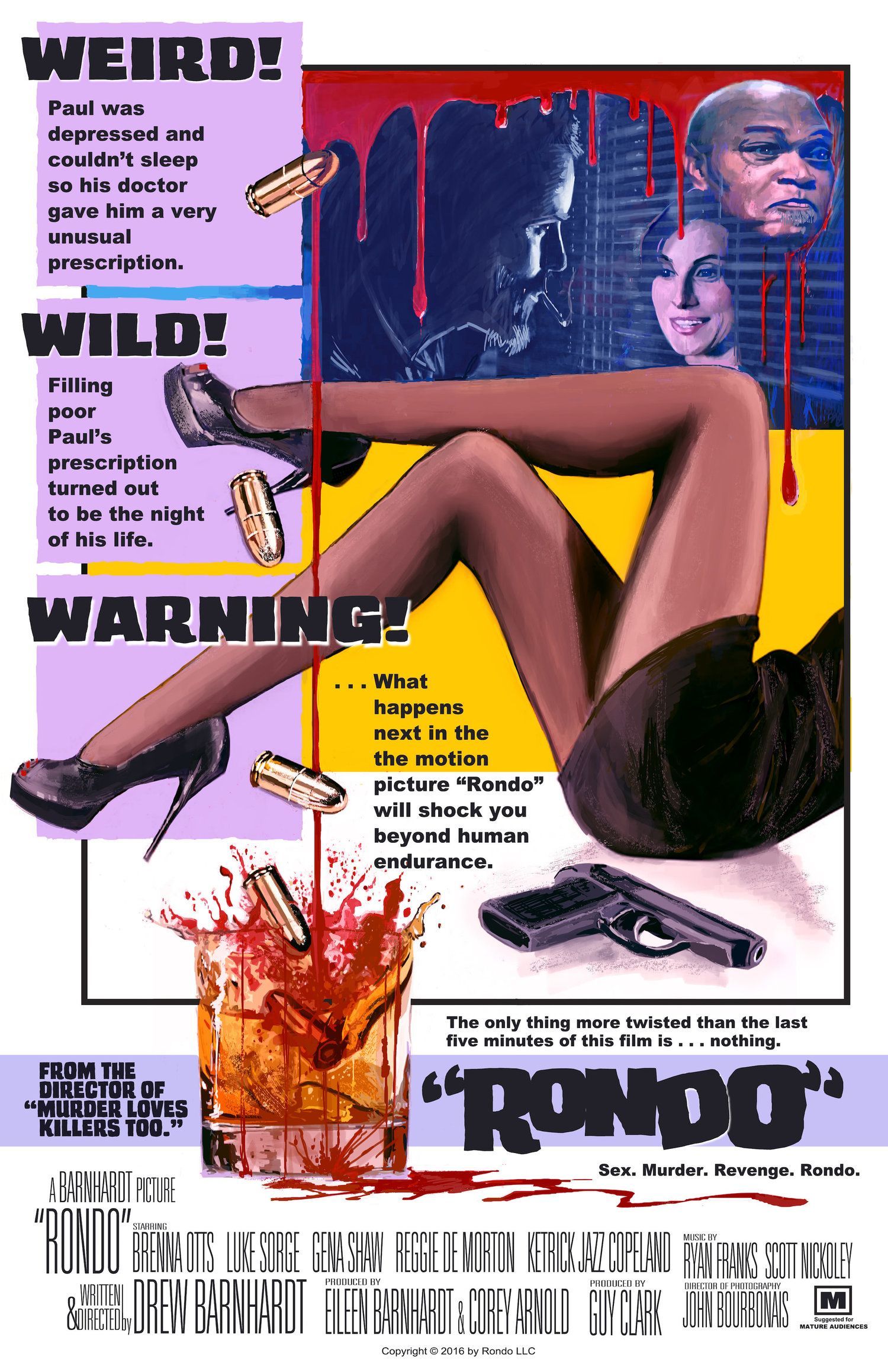 Neurotic war vet Paul (Luke Sorge) is having a difficult time dealing with just about anything. Increasingly concerned sister Jill (Brenna Otts) hits her breaking point and insists he sees a therapist. Said therapist feels it’s important for Paul to meet new people and all, but forces him to go to a special party, jotting down an address and the secret password that will get him through the door: “Rondo”. Doors do indeed open, and before he knows what’s happening, Paul finds himself plunged into a bizarre criminal underworld of deviancy and blood. All the plastic in the world won’t be enough to contain what’s coming as he becomes the proverbial Man Who Knew Too Much and an absolutely insaaaaaane chain of sinister events slams into gear. Did we mention that this is a comedy? Sort of?

Straight outta Colorado, this exuberantly seedy, obsessively well-directed lo-fi exercise in bad taste is a toxic breath of fresh(ly corrupted) air. Funny in the darkest ways, full of violent twists and loaded with genuinely uncomfortable moments (you’ve been warned!), RONDO is a gonzo comedy/suspense deep-dive into sleaze that will rattle all cages. Writer/director Drew Barnhardt (whose morbidly hilarious short HERBIE! stunned Fantasia audiences back in 2004) has really outdone himself here with a film that’s oddly reminiscent of CRIMEWAVE-era John Paizs by way of DePalma and a lot of the filmmaker’s own twisted nuttiness. Important to note, Barnhardt also cites Peckinpah and Pornhub as influences. Miles away from anything remotely resembling a safe space, RONDO is a squirm-inducing, one-of-a-kind exploitation oddity that fires all chambers hard in your face. You will never unsee it. – Mitch Davis