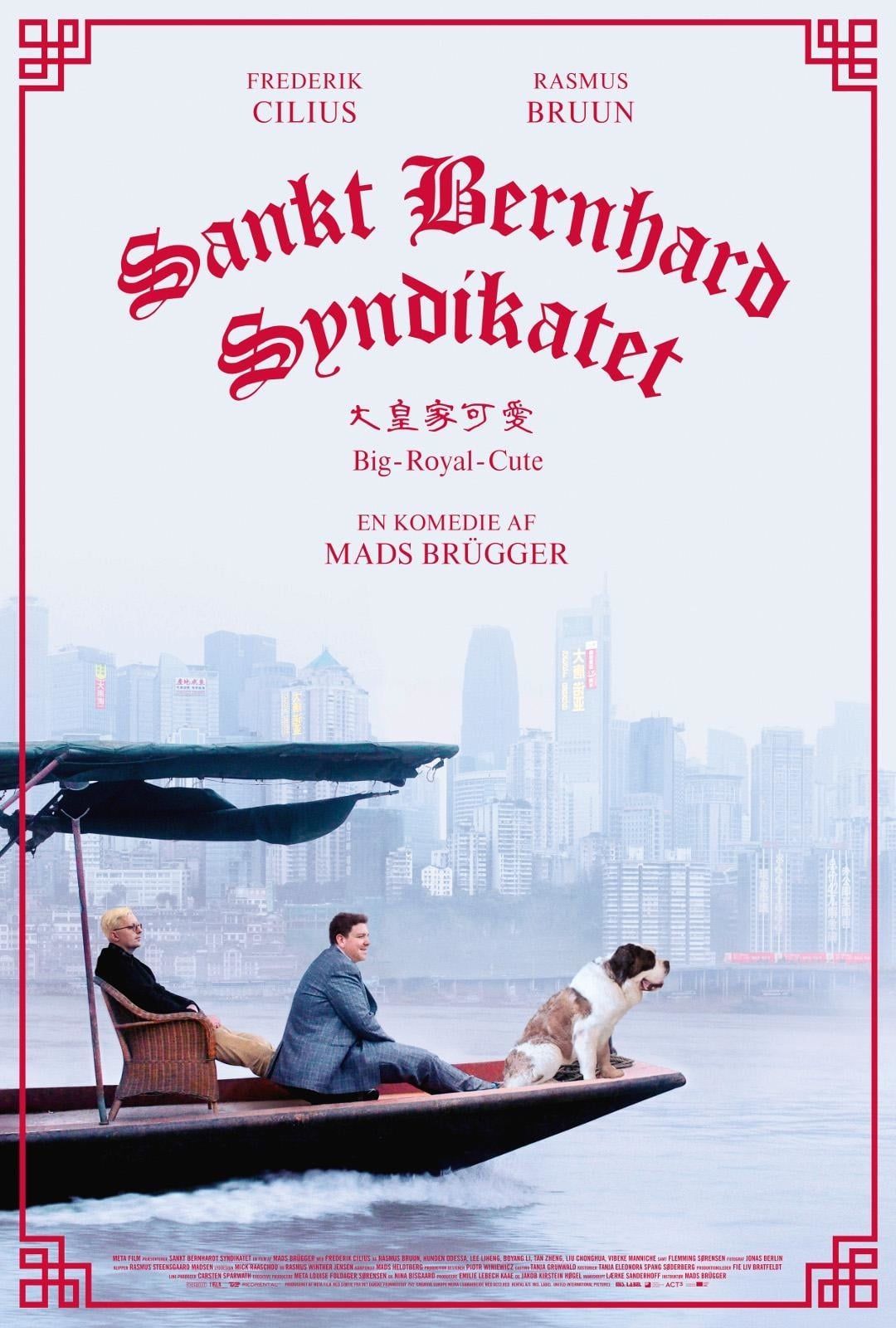 When people walked over the Alps between Germany and Switzerland and got lost in the snow, the St. Bernard monks had large dogs that would rescue people, offering sips of brandy from a small wooden barrel around their neck to help warm them back to health. Big, beautiful and loyal, over time the St. Bernard would be named after the monastery that housed them and would become one of the most popular (and in demand) dog breeds in the world. And where's there's a demand, there's opportunity, which Frederik (Frederik Cilius Jørgensen) sees in the emerging Chinese pet market, providing he can find investors for his ambitious project, The St. Bernard Syndicate. After hitting one brick wall after another (including his own wealthy father), he finally gets some support from old schoolmate, Rasmus (Rasmus Bruun), whose prognosis in life leads him in search of adventure. With the adorable St. Bernard, Dollar, in tow, they are off to Shanghai with dreams of hitting it big and learning real fast how quickly dog breeding can turn into dog shit.

After making his mark with the satirical documentaries RED CHAPEL and THE AMBASSADOR (Fantasia 2011), Mads Brügger returns with his first scripted feature, the very droll and very wry THE ST. BERNARD SYNDICATE, one part travelogue and another part nightmare story for anyone looking to make their mark in a country they know next to nothing about. It's fertile ground for all kinds of comedy, and Brügger, Jørgensen, the hilarious Bruun and writer Lærke Sanderhoff make it into one the most memorable of an already stellar movie-comedy year. The laughs in THE ST. BERNARD SYNDICATE sneak up on you in the way the most clever of comedies can, and there are so many of them – and are so consistent – that one viewing will not be enough. And within those laughs are two memorable characters, barely friends, desperate to make something of their lives in a foreign country because no one respects them in their own. Adding layers to a story that otherwise could have been played for cheap laughs is what Brügger does so very well, and you'll find THE ST. BERNARD SYNDICATE to be a very welcome addition to what is becoming a one-of-a-kind movie comedy oeuvre. – Matthew Kiernan