Add to my agenda
Remove from agenda
Buy tickets
5:25 PM 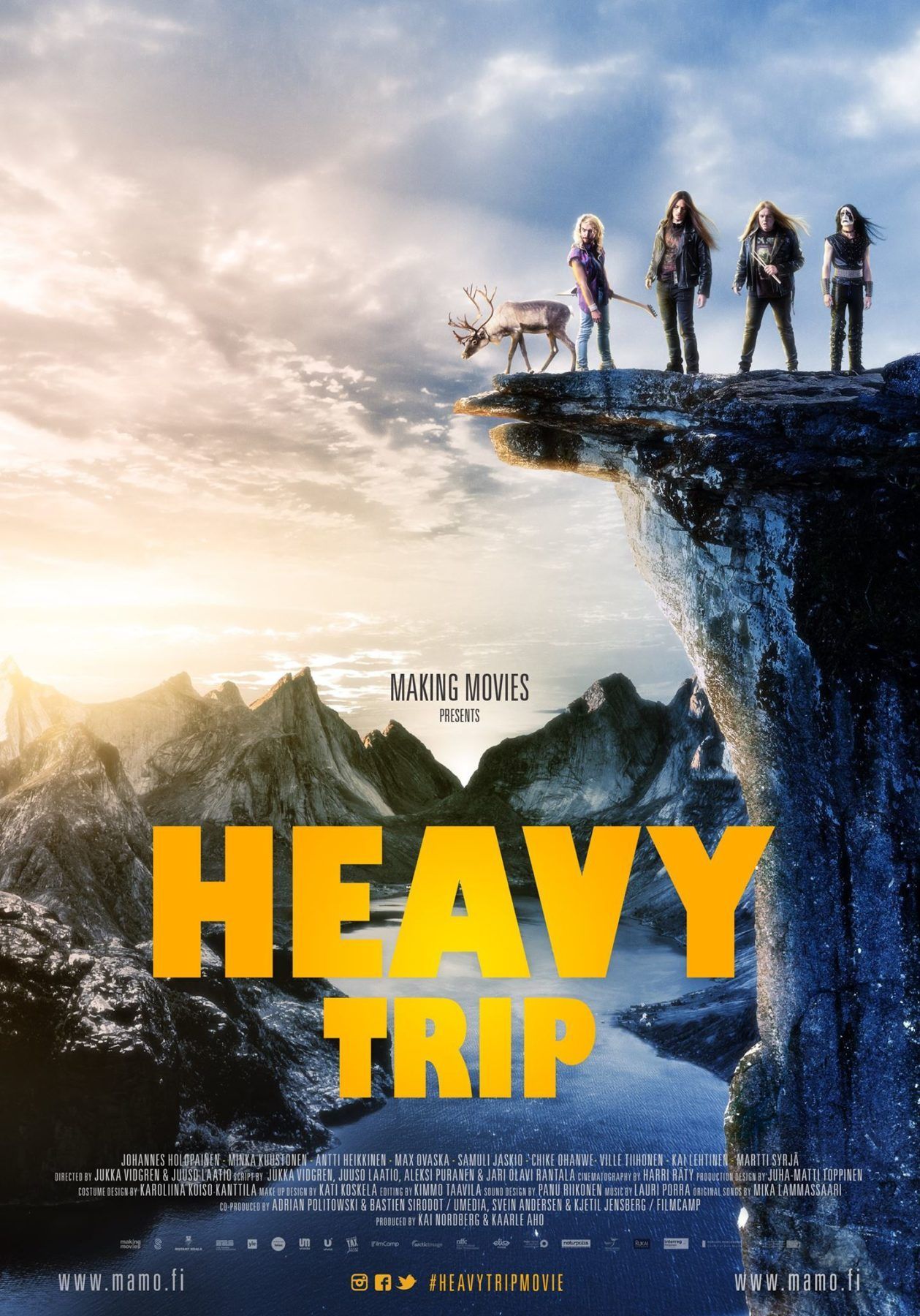 Life has its downsides in a small, northern Finnish town. The local bros give long-haired, leather-clad Turo a tough time, and his job at the mental hospital is literally shitty. His crush on Miia at the flower shop is thwarted by the tacky lounge singer Jouni, and his band jams in the back of a reindeer slaughterhouse. In the plus column for Turo, well… there’s the band, even if these black-metal true-believers have never gigged in all their 12 years together (Turo’s concealed but crippling stage fright hasn’t helped). A miraculous crack at a major metal festival in Norway jumpstarts the quartet’s dreams, and Impaled Rektum set out on a metallic mission that will make them confront not only doubts, detours and difficulties, but also Vikings in longships (plus an elf), graverobbing, Swedish rocket launchers and wolverine-wrestling (dangerous… and awkward!).

Crack out the corpse paint and make an offering to Odin, because here comes the funny-as-hellfire Finnish rock ’n’ road saga that made its SXSW crowd shriek like damned souls! Veterans of rock videos and TV series, Juuso Laatio and Jukka Vidgren’s debut feature is the feelgood, follow-that-dream underdog rock comedy for the blast-beat bunch. Being Scandinavian, the humour in HEAVY TRIP is dry and sharp – and the black metal riffage absolutely shreds. Bowel-shaking aural brutality, goofball gags galore, and a band of bunglers you can’t help but root for add up to a barrage of laugh-out-loudness that most certainly goes to 11! – Rupert Bottenberg

Add to my agenda
Remove from agenda
Buy tickets
5:25 PM