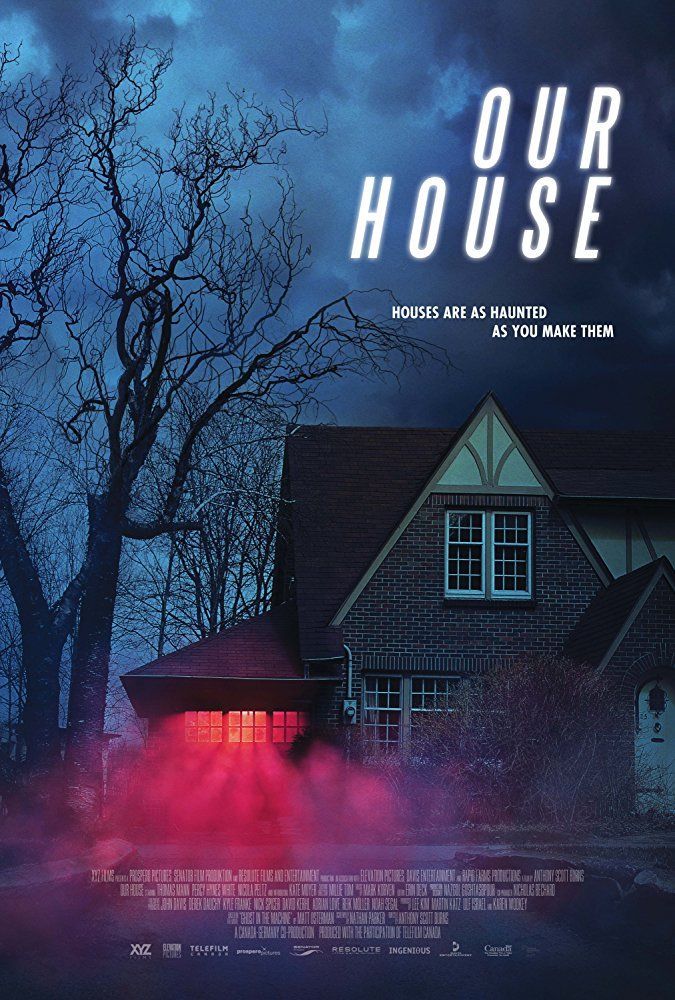 On the night Ethan Lightman (Thomas Mann) and two friends stage a test run of their ?wireless electricity? invention, Ethan?s father and mother tragically lose their lives. Three months later, Ethan is raising his younger brother Matt (Percy Hynes White) and little sister Becca (Kate Moyer) on his own, and while all three are still dealing with their grief, Ethan continues attempting to perfect his machine. It soon proves to have an unexpected side effect: the manipulation of electrical energies causes spectres of the dead to appear, the ghosts of the deceased parents apparently communicating with their children. Matt and Becca accept, and even enjoy, the possibility of this reconnection, but Ethan discovers that his accidental invoking of the spirit world has put all of them in supernatural danger.

OUR HOUSE is based on Matt Osterman?s microbudget winner PHASMA EX MACHINA (Fantasia 2010), and while it?s odd to see a 21st-century American independent horror film being remade so soon, it will be clear to anyone who?s seen PHASMA that director Anthony Scott Burns (HOLIDAYS) and scripter Nathan Parker (MOON) have a different and equally valid take on the material, framing OUR HOUSE first and foremost as a portrait of young people dealing with tragedy and trauma. Unlike PHASMA EX MACHINA?s Cody, Ethan isn?t trying to bring his lost family back from the great beyond, and the ways in which he, Matt and Becca respond to the unexpected contact deepen the drama of their situation. Parker?s screenplay makes us part of the Lightman family, feeling their pain before it?s transformed into terror, while Burns utilizes his own visual effects background and skills to conjure up a series of eerie setpieces in the movie?s final act. ? Michael Gingold