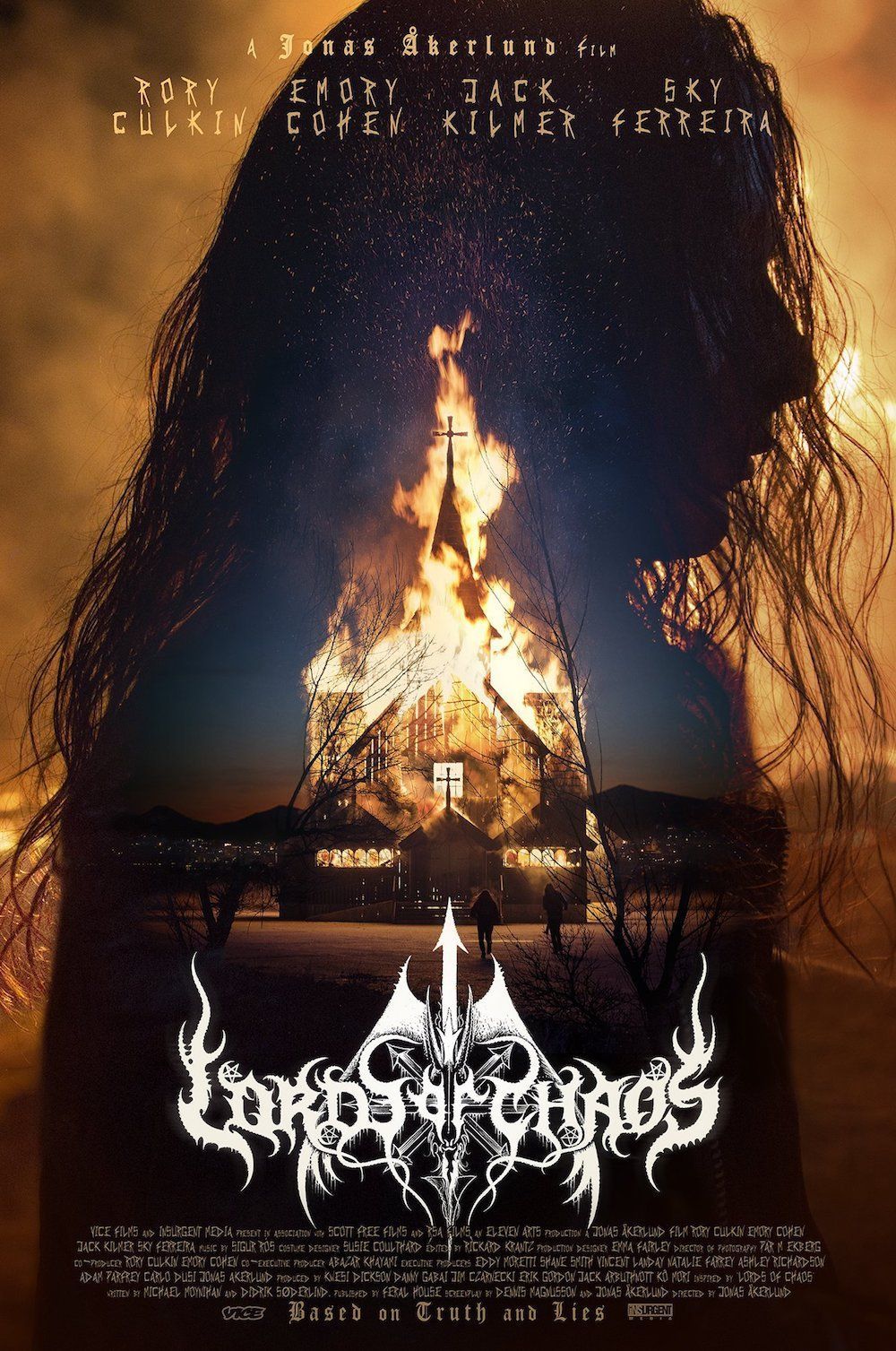 “Hail Åkerlund! The Swedish director has made a pitch-perfect black metal dramedy about real-life head-bangers who lost their minds.” – Amy Nicholson, VARIETY

We’re thrilled to announce that Fantasia will be showcasing the Canadian Premiere of Jonas Åkerlund’s subversive cinematic hand grenade LORDS OF CHAOS as an eleventh-hour addition to our lineup on Thursday Aug 2 at 9:45. As a bonus, this will likely be the last time the film’s original Unrated version that shocked Sundance will be shown in a cinema.

“Based on truth and lies”, this propulsive “dramedy” depiction of the exploits of the death-obsessed late-‘80s/early-‘90s Norwegian black metal scene’s most notorious bands, Mayhem and Burzum, is at once a poignant exploration of Oslo youth alienation and a rambunctious, taboo-smashing assault on the senses. As characters huff the remains of dead animals and burn centuries-old churches to the ground, Ackerlund – himself a co-founder of Swedish metal band Bathory before becoming the rather legendary film and music video director that he is today – never flinches, cranking his storytelling to “11” as he dives fists-first into the band’s ambitions, turmoils and, eventually, murders, with detours into Satanism and suicide. Starring a fantastic Rory Culkin as Øystein “Euronymous” Aarseth and Emory Cohen as Varg Vikernes, LORDS OF CHAOS is a startling and surprisingly funny piece of work that drips charisma and blood. It comes at you from a dark but soulful place, telling a tale of lost boys who want to be evil but have got only partial directions to the specific kind of hell they seek. It’s a tragedy, a comedy and a nightmare; a true-crime oddity laced with corpse paint and inverted crosses. It will stay with you. Adapted from the now-infamous Feral House book by Michael Moynihan and Didrik Søderlind. – Mitch Davis