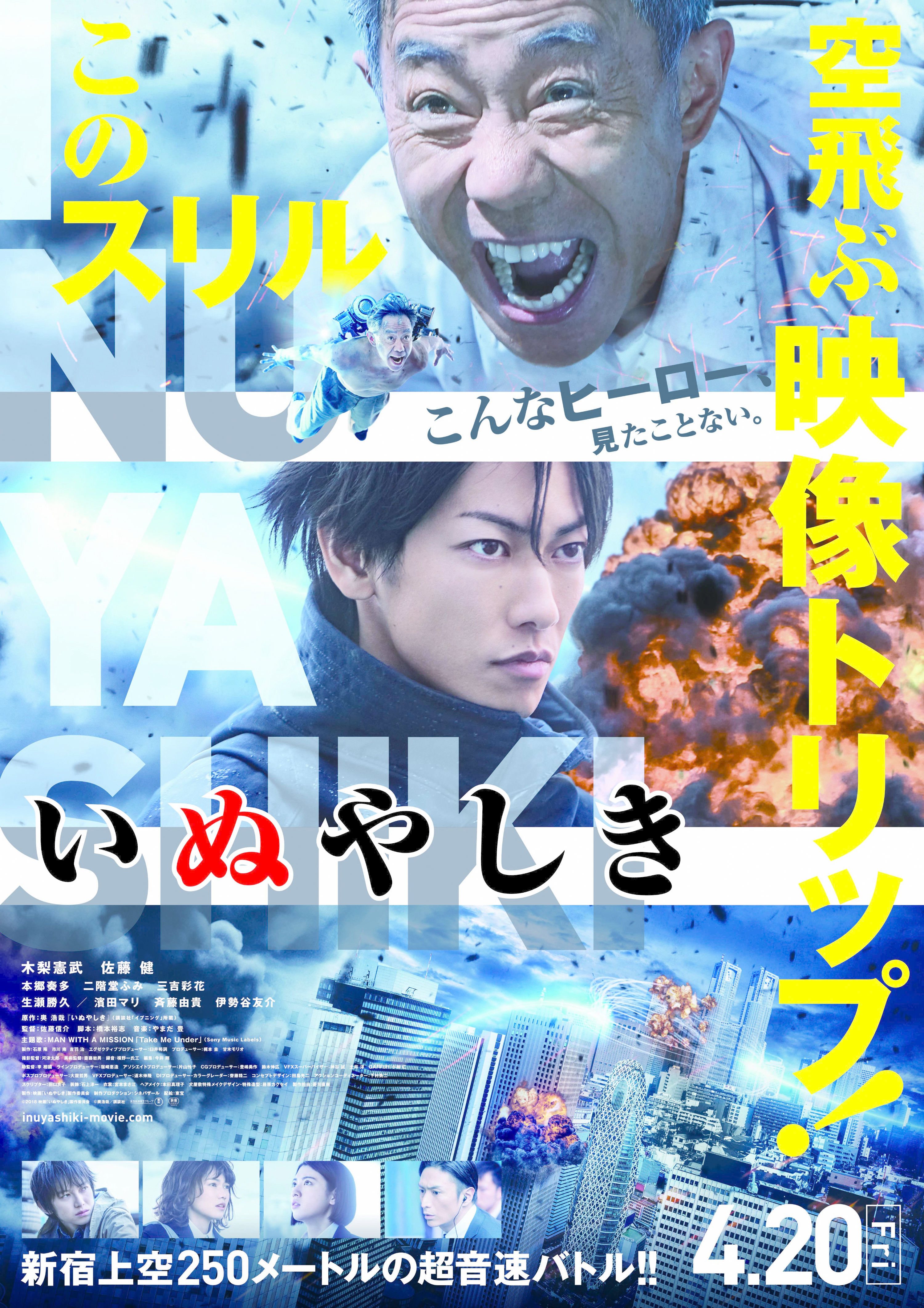 Nothing works right in the miserable existence of Ichiro Inuyashiki. He’s constantly being walked all over. Neither his wife, nor his children, nor his colleagues have the slightest respect for him. Then his doctor tells him that he has an incurable cancer. Finally, he is disintegrated by a mysterious explosion in a Tokyo park. However, he wakes up the next day in perfect condition, enjoying some surprising improvements. At 58, Inuyashiki is now a super-powered android, hoping to use his powers to do good. One the other hand, the young Hiro Shishigami was near the aging Inuyashiki during the explosion, and gained the same abilities as him. However, the student uses it to destroy, steal and kill innocent people. Someone has to stop the lethal streak that Shishigami is tearing through Tokyo. There is only one hope left. Papi Inuyashiki will have to stand up for the first time in his life.

After bringing the house down with the excellent diptych GANTZ, the director Shinsuke Sato (I AM A HERO, also at Fantasia this year) returns to the crazy world of mangaka Hiroya Oku with INUYASHIKI, a spectacular and surprisingly bloody work slamming together action, suspense and humour perfectly. Driven by an exciting cast led by comedian Noritake Kinashi, funny and touching in the title role, and superstar Takeru Satoh (RUROUNI KENSHIN), scary in his dehumanized super-villainy, INUYASHIKI sharply etches its characters and their surroundings. There’s an unexpected depth to this enjoyable mega-production, in which the two nemeses build up to an epic fight over a Tokyo awash in fire and blood, a truly classic scene with visual and sound effects worthy of the finest Hollywood productions. Shinsuke Sato brilliantly reinventing the codes of the superhero film with a furious piece of work, in which a flying old man confronts an invincible psychopathic schoolboy... how can you resist? – Translation: Rupert Bottenberg