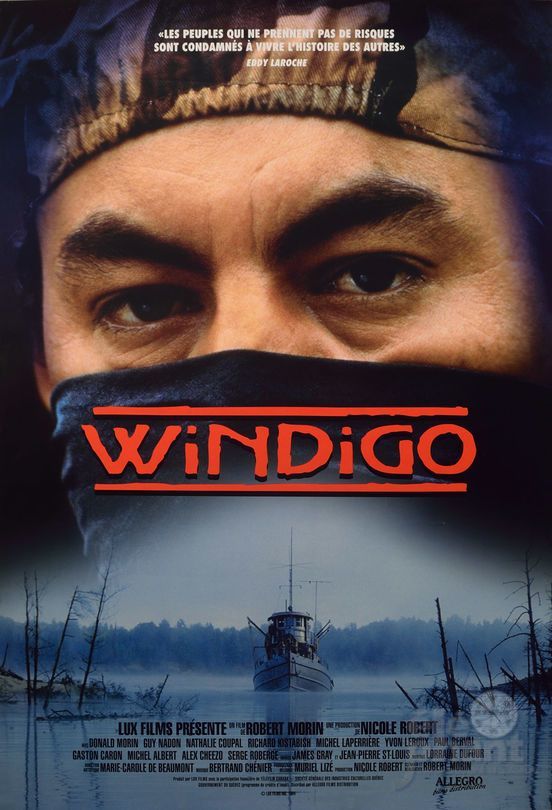 A few years after the Oka Crisis, First Nations issues once again make headlines in Quebec. Frustrated by the clear-cutting of forests and convinced that road blocks are not enough anymore, a group led by Eddy Laroche (Donald Morin) settles on a vast territory east of Abitibi, declaring it independent. Before the army is sent there, a delegation heads to this new nation: two politicians (Michel Laperrière and Yvon Leroux), a representative of the Assembly of First Nations (Richard Kistabish), a doctor (Nathalie Coupal) ? as well as a reporter (Guy Nadon) who becomes increasingly fascinated by the mysterious figure of Laroche as their boat goes up the foggy Windigo river.

From his beginnings with the COOP Vidéo de Montréal to the critical and popular success of LE PROBLÈME D'INFILTRATION (which screened at Fantasia last year), writer-director Robert Morin always stood out thanks to his bold approach of filmmaking, often tackling hot topics while brilliantly experimenting with the form. Produced by par Nicole Robert, WINDIGO is loosely inspired by Joseph Conrad's Heart of Darkness, as was APOCALYPSE NOW. These three works have in common a long journey on a river towards a mad leader. Both tense and atmospheric, as political as it is poetic and philosophical, WINDIGO features scenes in which a diegetic camera multiplies the film's point of view, as Nadon's reporter makes cynical comments in voice-over, a technique Morin particularly enjoys. Absent in the digital age, WINDIGO has not seen distribution since its VHS version. After launching the restoration of REQUIEM POUR UN BEAU SANS-COEUR in 2016, Éléphant : la mémoire du cinema and Fantasia are very proud to be associated with the presentation of this new, restored copy of another classic by Robert Morin. - Kevin Laforest