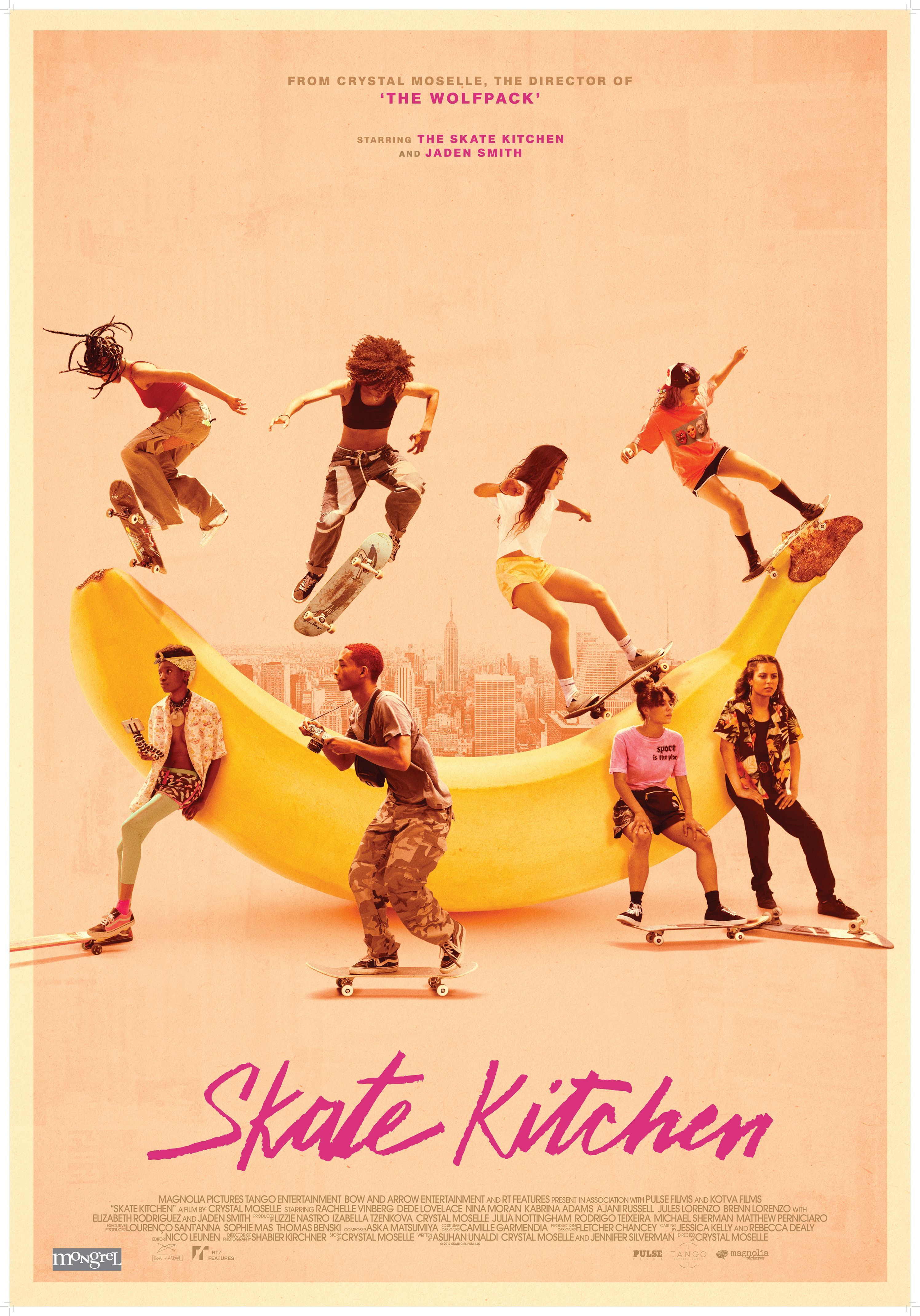 “Celebrates the liberation and the sisterhood that comes with skateboarding”

Camille (Rachelle Vinberg) is an isolated suburban teenager who longs to break away from the pressure of home life and find “her people”. Venturing into New York City, she quickly falls in with a squad of radical young skater girls. The Volcom-clad heroines adopt her as one of their own, and together the crass-talking, pot-smoking girl gang tears around the city on their boards, causing mischief and making meaningful bonds. Skateboards prove to be more than just subcultural tokens – Camille and her crew are mobile, emancipated, and auspiciously unhinged. They take what they need and carve out space in male-dominated skate parks when they want to, but for the most part the girls exist in a world where boys simply aren’t a factor. Eventually, however, a boy (Jaden Smith) does tunnel his way into Camille’s life and the girls’ carefully crafted utopia, and conflict emerges.

SKATE KITCHEN is Chrystal Moselle’s narrative feature debut after her acclaimed documentary THE WOLFPACK, and Moselle manages to find another incomparable group to follow. The real-life Skate Kitchen is a collective of young skateboard enthusiasts, each playing fictionalized versions of themselves. Shot in a cinema verité style, natural actions and realistic dialogue work to stitch together a lifelike portrait of empowering friendship wrought with pain, pleasure, blood and grit, and the rowdy, potty-mouthed gals take up every frame. Moments of tender support paralleled with vulgar hilarity are set against a backdrop of quivering New York City heat, capturing the mood of an endless summer. - Sarah Teixeira St-Cyr

It’s night, December 20. Clara goes to talk with her sister, Sara, who has locked herself in the bat...