Rokuroku: The Promise of the Witch 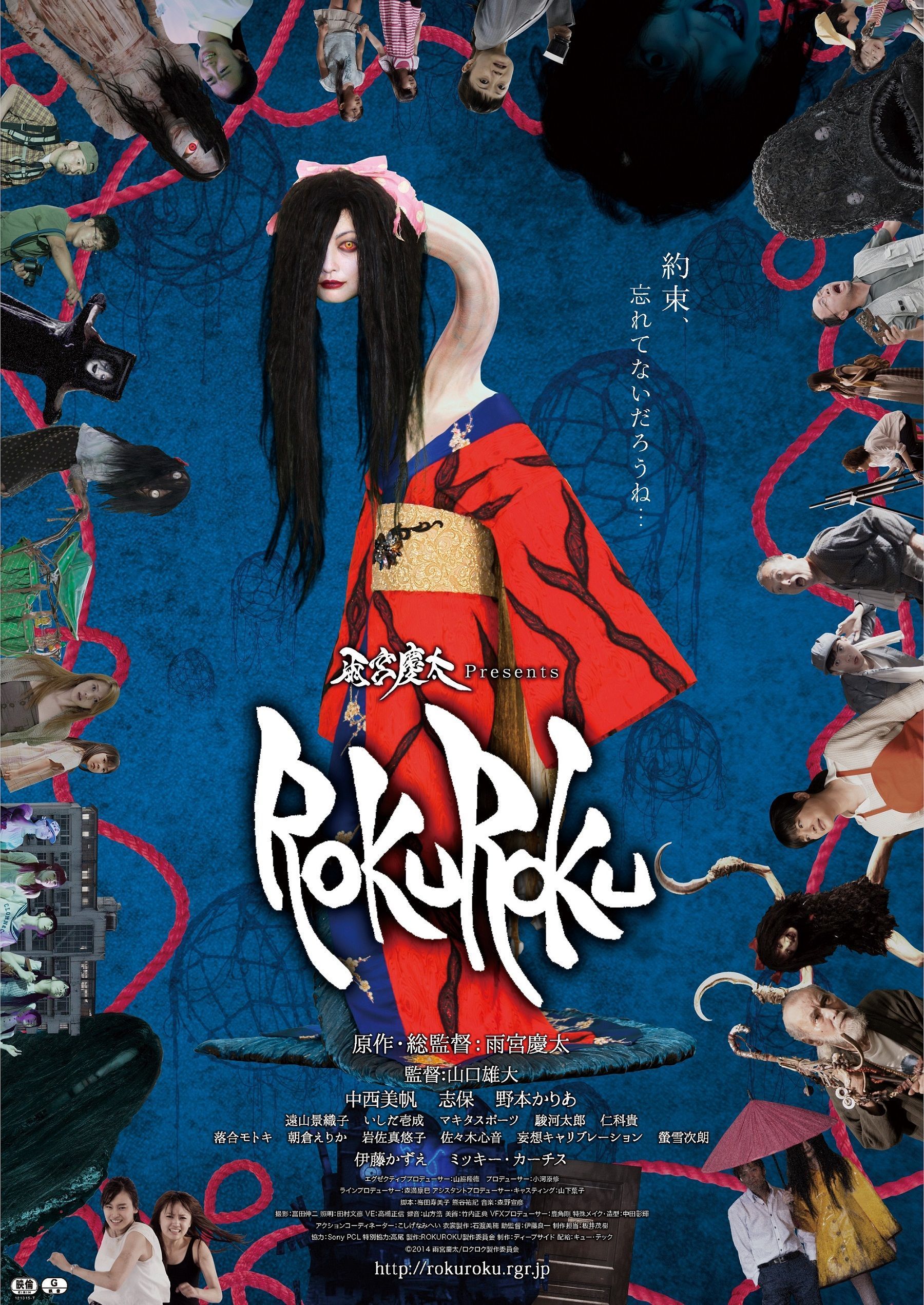 Office worker Izumi lives with her mother and grandfather, the latter given to seemingly senile outbursts about supernatural entities no one else can see. Izumi gets a call out of the blue from her old friend Mika, whom she hasn't seen in ages ? and with whom she shares an eerie childhood memory. Meanwhile, sinister events are occurring in the area. In unguarded moments alone, various locals are coming face to face with a cavalcade of creepy, murderous monsters. The slit-mouthed woman, the one-legged umbrella goblin, the feline shapeshifter, the slashing spider-girl? one by one, they're slinking out of the shadows. To discover what's behind the these dire events, Izumi and Mika will have to peek behind the door of the foreboding Room 666?

Don't turn around, don't look now ? the yokai, those peculiar and very particular spirits of Japanese folklore, are back on the big screen again! Director Yudai Yamaguchi (DEADBALL, CROMARTIE HIGH, YAKUZA WEAPON) and his brand of quirky, offbeat shock cinema are firmly cemented in Fantasia's programming history. His latest, ROKUROKU: THE PROMISE OF THE WITCH, is produced and co-written by none other than director and character designer Keita Amemiya (GARO, ZEIRAM). Celebrated for his savvy reimaginings of masked heroes like Kamen Rider and Hakaider, Amemiya now turns his attention to the lurid, lively twilight world of the yokai. Together, these luminaries of Japanese genre film have concocted a delightful omnibus of episodic spook-outs ? so beware! / Rupert Bottenberg