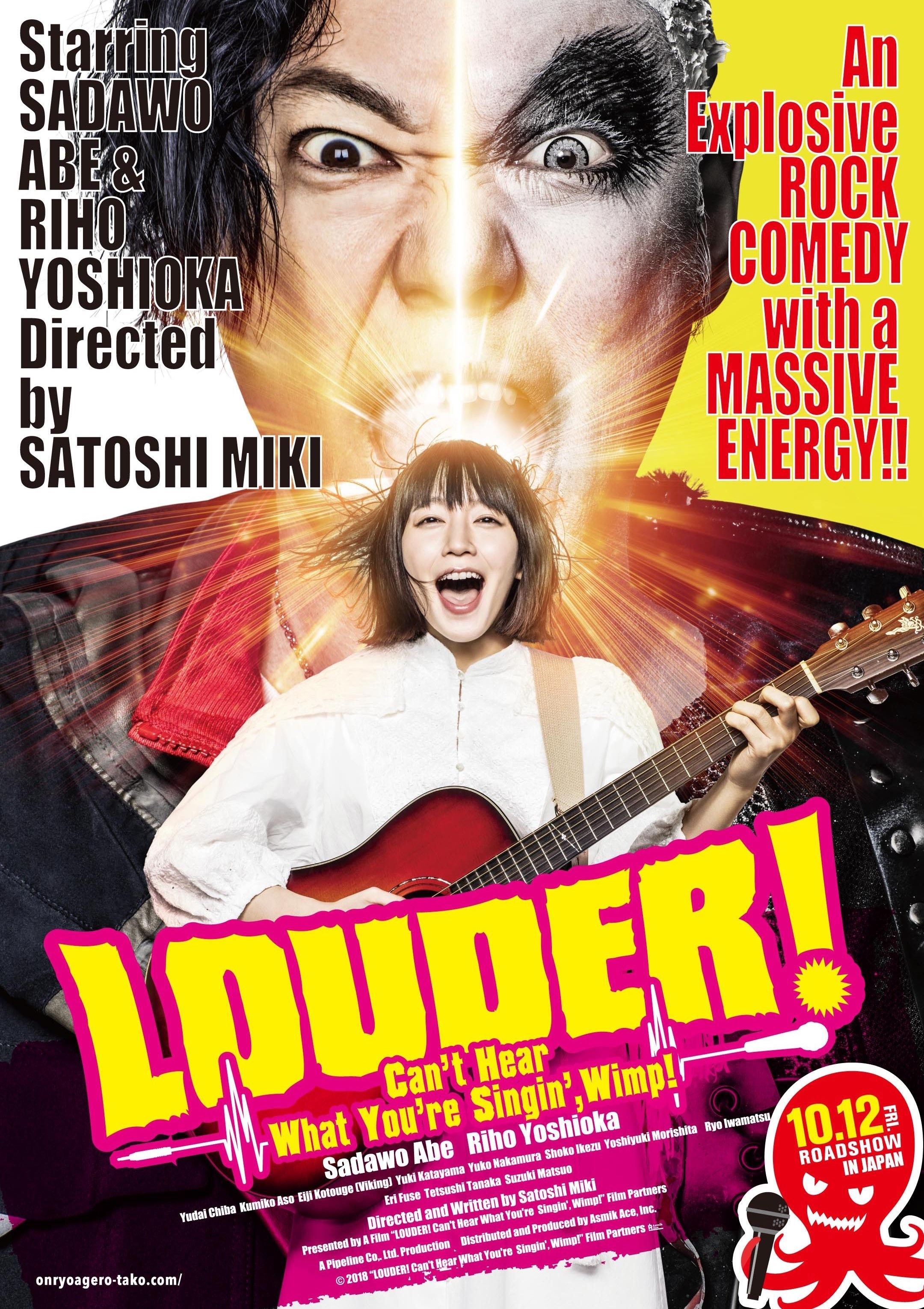 Sin (Sadao Abe from THE APOLOGY KING) is a rock icon, a kind of Japanese Marilyn Manson whose charisma and powerful voice have propelled him to the top of the music scene. Sin, however, also hides a heavy secret: he regularly receives shots of steroids to boost his vocal chords. During a hectic concert, a stream of blood suddenly starts gushing out of his mouth. Unfortunately, it's not a stunt. His drug abuse caused his larynx to burst. Meanwhile, the shy Fuka (Riho Yoshioka, AKEGARASU) is thrown out of her band for having too weak a voice, which sounds closer to whispering than singing. When she runs into Sin and he vomits blood in her face, she takes him to the hospital. The injured frontman then decides to take her under his wing and help her find her voice, bursting into her life like a bull in an antique shop.

After a much too lengthy absence, Satoshi Miki finally returns with LOUDER!, an eccentric comedy with highly contagious energy. If you recognize ADRIFT IN TOKYO's outrageous style and passion for marginal characters, extravagant wigs and vintage costumes, he infuses here a dose of chaos that takes it beyond the realm of his previous film, IT'S ME, IT'S ME. Imagine Miki's sensibility mixed in with the exuberant craziness of early Sion Sono (LOVE EXPOSURE) and Takashi Miike (ZEBRAMAN). From lighting to sound mixing, Miki surpasses himself to take the audience by surprise, not to mention the deliciously eclectic soundtrack featuring metal, J-pop and even sacred music. In fact, writer/director Kankuro Kudo (TOO YOUNG TO DIE!), L'Arc~en~Ciel member Hyde and comedian Sadao Abe all contributed to the soundtrack. Don't miss the chance to be part of the first audience on the planet to view this feelgood movie filled with rock n' roll thunder! Translation: Guillaume Desbiens