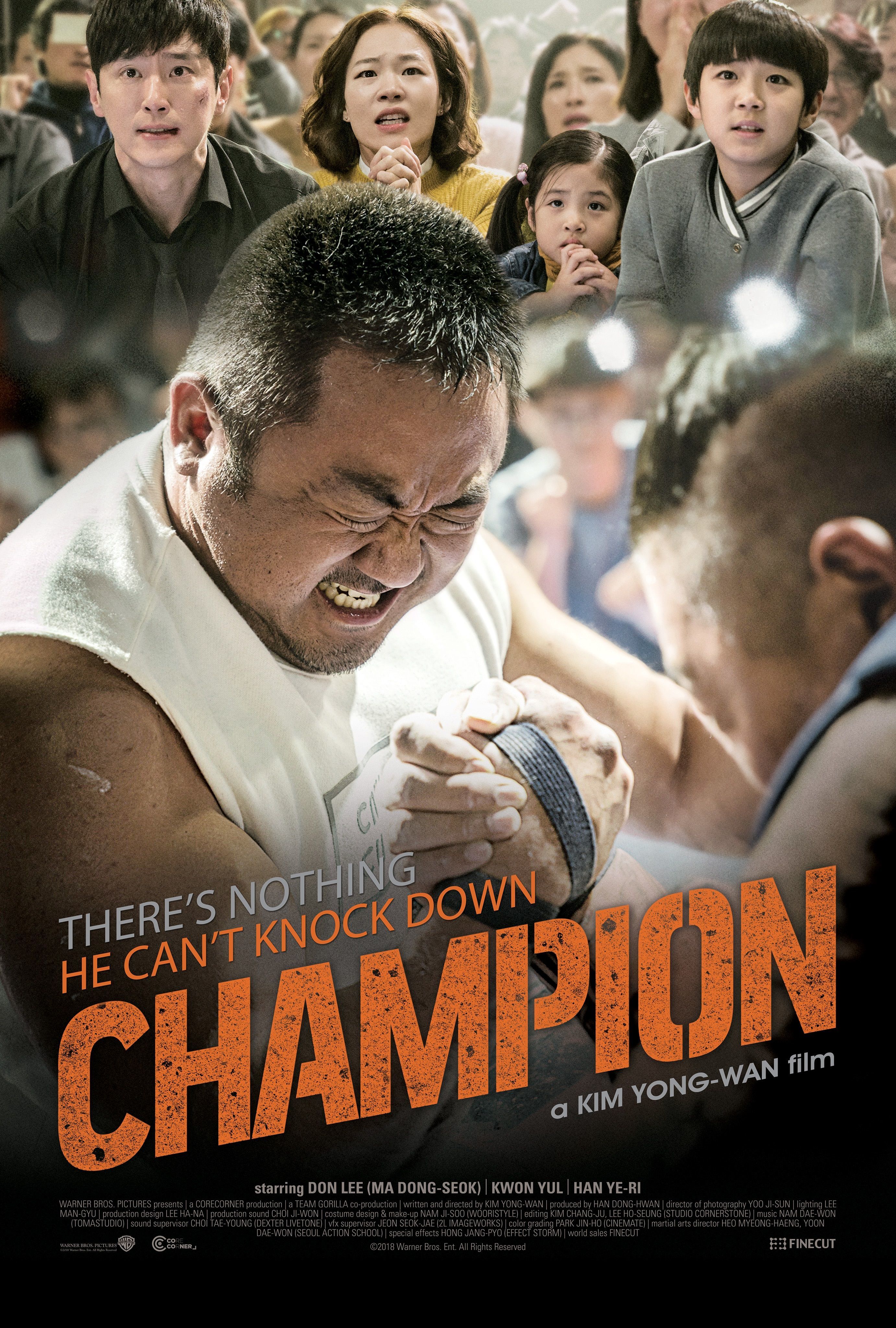 Mark (Don Lee), a Korean raised in the U.S, is a former arm-wrestling champion. Having been kicked out of a world tournament, he now works as a bouncer in a bar. One night, his old friend Jin-ki (Kwon Yul) drops by and convinces him to participate in an arm-wrestling competition. Mark wins the match but loses his job. Lonely and unfulfilled, he accepts his friend?s lead to return to Korea and resume his sports career by participating in the South Korean qualification for the world championship. To sweeten his offer, Jin-ki promises to give Mark the address of his mother, who gave him up for adoption. Unluckily, he comes back a year too late ? his mother has already pass away. He reconnects, however, with a family he never knew he had, a widowed half-sister and her two kids. Mark will face a variety of opponents, but the biggest one will be himself.

It?s hard to not compare CHAMPION to OVER THE TOP, the legendary Sylvester Stallone movie from 1987. Without outright copycatting but unashamed in its inspiration, Kim Yong-wan pays homage to a film he clearly loves ? and delivers a stronger and more enjoyable picture. Even in the casting, Don Lee had a little bit of Sly in him ? he can play a tough guy with emotive depth, and show just how gifted he is as an actor. Lee?s performance is absolutely stunning as he becomes one with his role. In fact, every character in CHAMPION is remarkable and thoughtfully developed. The comedy, drama and action are mixed perfectly. The muscular matches are engaging. CHAMPION is a solid candidate for the movie of the year ? anyone care to arm-wrestle over that assertion? ? Éric Boisvert