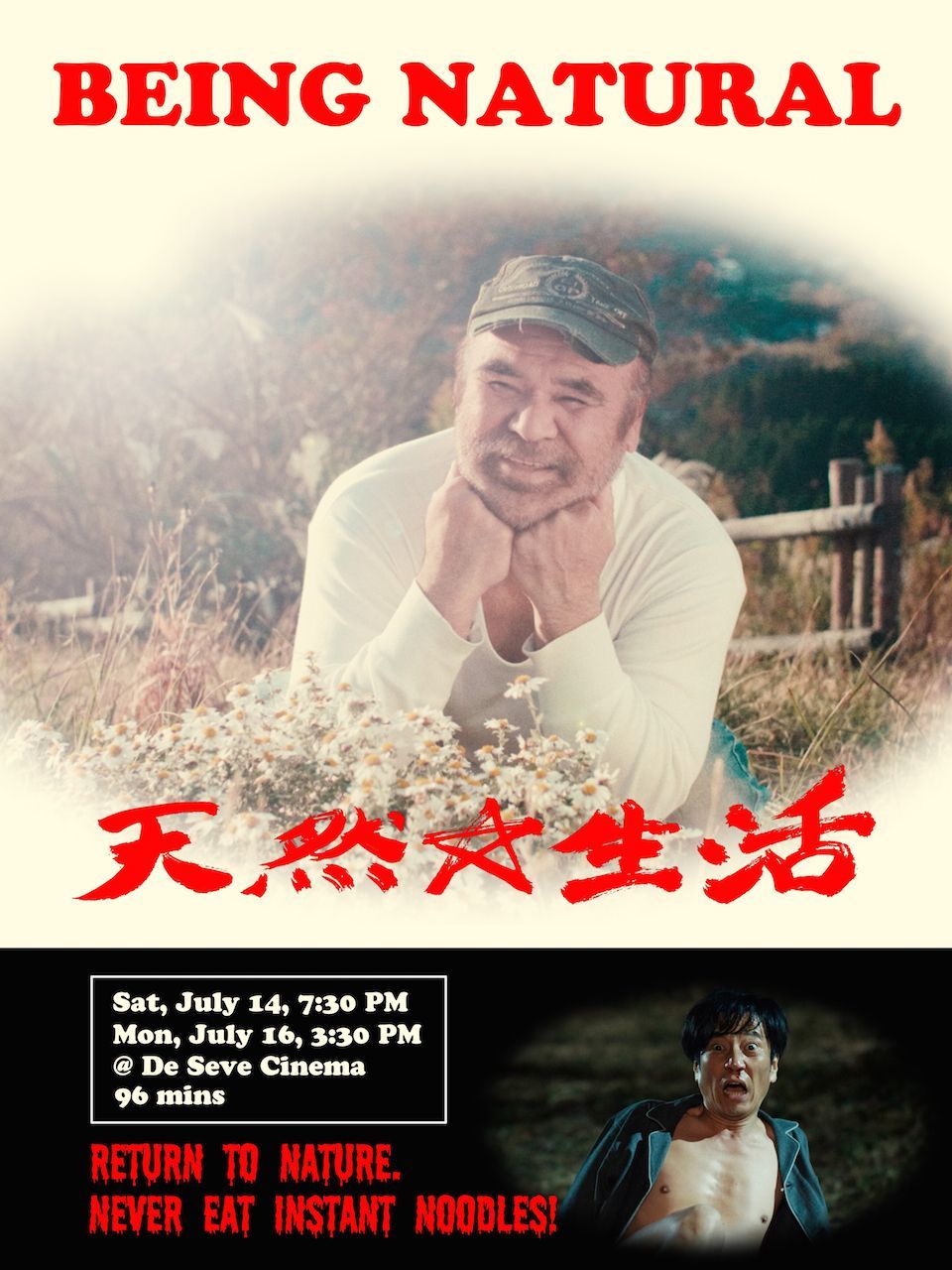 Taka is a saint. A simple but loveable fellow who never seems to demand anything of anybody, save perhaps just a bit of tranquility. Jobless, he loves to play the bongos while gazing up at the stars, when not taking care of his uncle, a difficult old man with dementia whose entire family appears to have written him off. This peaceful existence capsizes overnight when his uncle dies, and Taka-san’s ancestral home is bequeathed to the family elder who, instead of kicking him out, offers him a job. It’s a rural paradise… until a couple from Tokyo moves into town. Enthusiasts of open spaces and a nature-centric life, they’re determined to open a coffee shop in the neighbourhood, damned be the cost…

BEING NATURAL introduces us to one of the most eccentric new auteurs of Japanese cinema. A Yubari International Fantastic Film Festival favourite since JOURNEY OF THE TORTOISE (Grand Prize of 2016), Tadashi Nagayama steps up his comedy skills and delivers an exceptional satire on contemporary Japan that sets itself apart, from the Tokyoites’ perception of rural Japan following the Fukushima incident to the way they treat folks living in rural areas. Furthermore, Nagayama deftly blends tones and fuses genres, tipping his tale toward the fantastic in a completely absurd turn of events that is a testament to his immense talent, not to mention that of his leading man, Yota Kawase (SAUDADE) – in a picture that is sure to cater to fans of Satoshi Miki (LOUDER!, also at Fantasia this year), Yosuke Fujita (FINE, TOTALLY FINE) or Moriro Miyamoto (UZUMASA JACOPETTI), Fantasia favorites all. A total revelation. – Translation: Guillaume Desbiens