Add to my agenda
Remove from agenda
Buy tickets
3:10 PM 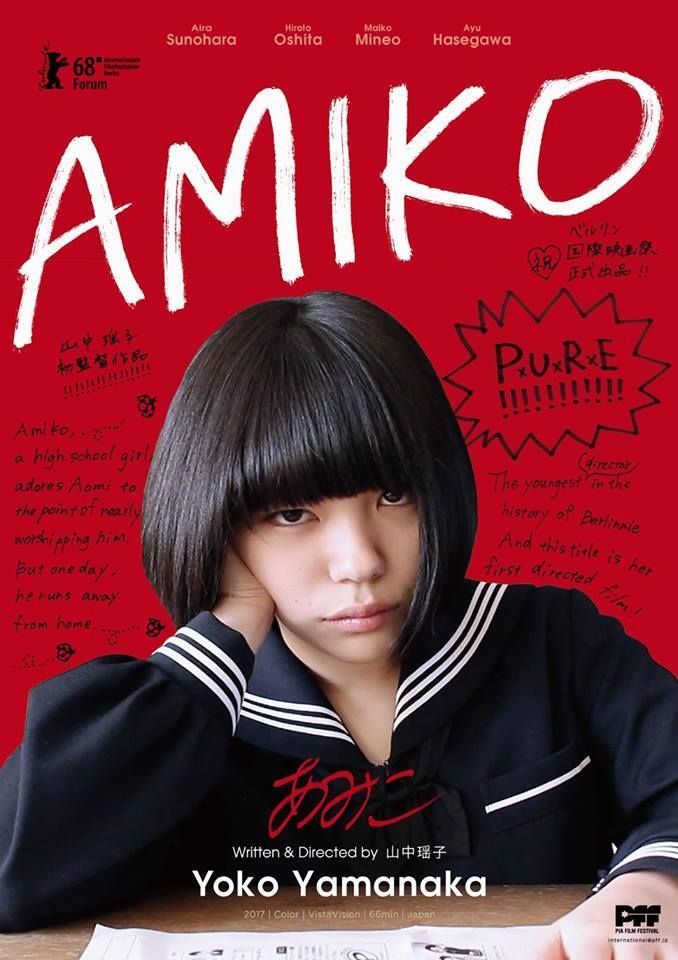 "Yoko Yamanaka's directing debut could be seen as the Japanese version of LADY BIRD. But in a simpler, spunkier and markedly lo-fi way"

Amiko is obsessed with her classmate Aomi, a cool soccer player (and Radiohead fan!), with whom she goes on a short, but very determining stroll through the park. There begins a fixation that will carry over the entire schoolyear; a period during which Amiko doesn’t speak to the mysterious boy, though he fills her every waking thought. So when he dares run away to the big city, Amiko becomes driven by the idea of finding him, and tell him how she really feels – a project that comes to fruition at the end of a journey from her banal hometown of Nagano, to the anonymous and busy streets of Tokyo.

Described at the latest Berlinale as a “distant cousin of Louis Malle’s ZAZIE DANS LE MÉTRO” crossed with the DIY spirit of punk Japanese cinema from the 1980s (Tsukamoto, Sogo Ishii and co.), one thing is for sure: AMIKO will immediately charm you with its gleeful irreverence, and its crystalline, sour-sweet candy confection of extreme emotions, forged in the fiery pits of adolescence. Having skipped school herself to direct this first feature, director Yoko Yamanaka should know what she’s talking about, as she was 19 years of age when she made the film. Here, she transforms the schoolgirl into a strong countercultural figure, revealing what should soon become a cult character: a young punk in a skirt, resisting apathy and mass culture one trailblazing conviction at a time. Shot with available means, and tons of passion, AMIKO is the reason our Underground section was created. And you will be convinced: the future is not only female, it belongs to young girls unafraid to risk it all. – Ariel Esteban Cayer

Add to my agenda
Remove from agenda
Buy tickets
3:10 PM