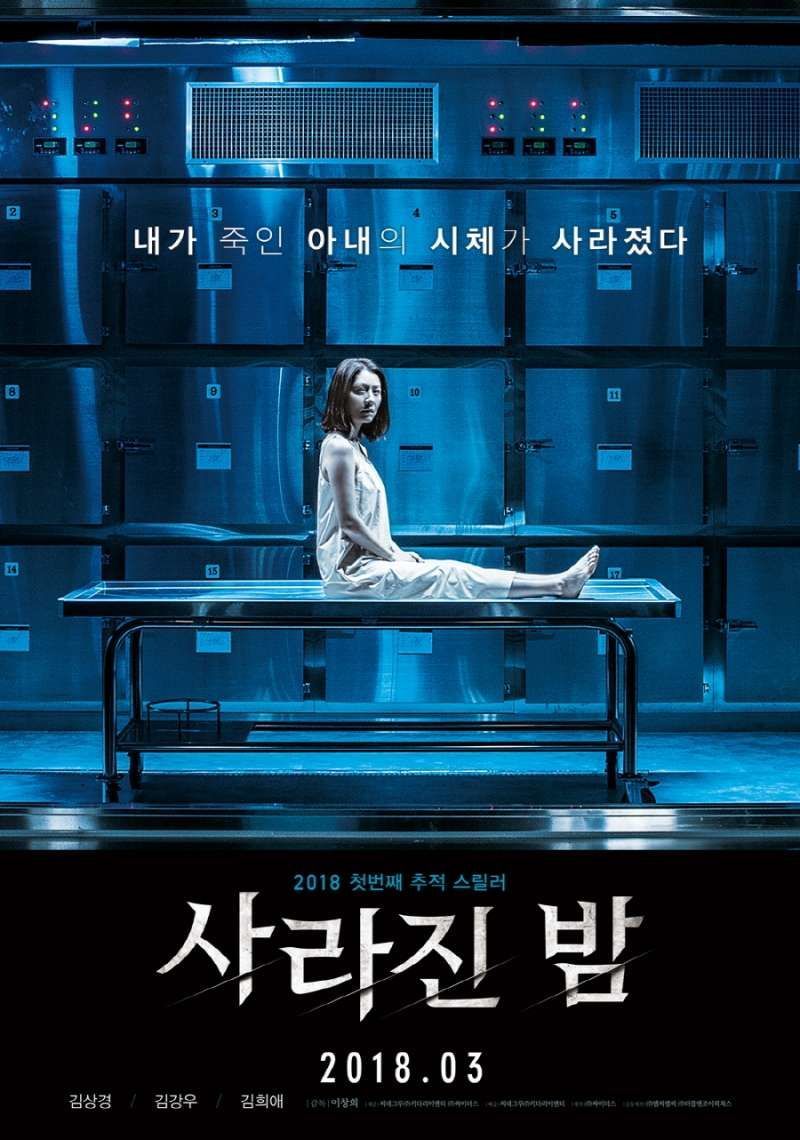 It is a dark and stormy night, the rain comes down in torrents, and the corpse of Yoon gets up off the slab and vanishes from the morgue. A driven CEO when she was alive, Yoon?s arm candy husband is summoned to the scene and it?s not long before we learn that he had a younger mistress on the side and probably killed his Type-A wife because he was tired of living in her shadow. Problem is, he?s going to get away with it because the cops assigned to his case are a rookie, a square, an instagram-obsessed male peacock, and a shambolic drunk, Woo, who can?t even seem to figure out his cell phone, let alone The Case of the Missing Corpse. But in this clockwork thriller, nothing is what it seems. Not even a corpse.

One part GASLIGHT, two parts DIABOLIQUE, with a dash of LAURA, this is a piece of classic cinematic construction right out of the Golden Age of Hollywood, polished to a sleek modern sheen of steely blues and arsenic greens. Kim Sang-Kyung (best known to audiences as the big-city detective in MEMORIES OF MURDER) winningly underplays his rumpled cop who?s smarter than he looks, matched every step of the way by Kim Kang-Woo as the increasingly desperate husband. Although it?s based on the 2012 Spanish thriller, THE BODY, Korea?s institutional politeness imbues every exchange with poisonous smiles, double-edged courtesy, and friendly chuckles that cut like razors. Without an ounce of padding, this is a modern thriller in gothic drag, full of old school brio, dolly zooms, a ticking clock, entitled murderers, and vengeful ghosts. ? Grady Hendrix

In a hyper-modern thriller told via the technology devices we use every day to communicate, David (J...

Pete and Cynthia are lustful and in love. But Pete is hiding something. Once unleashed, this dark se...