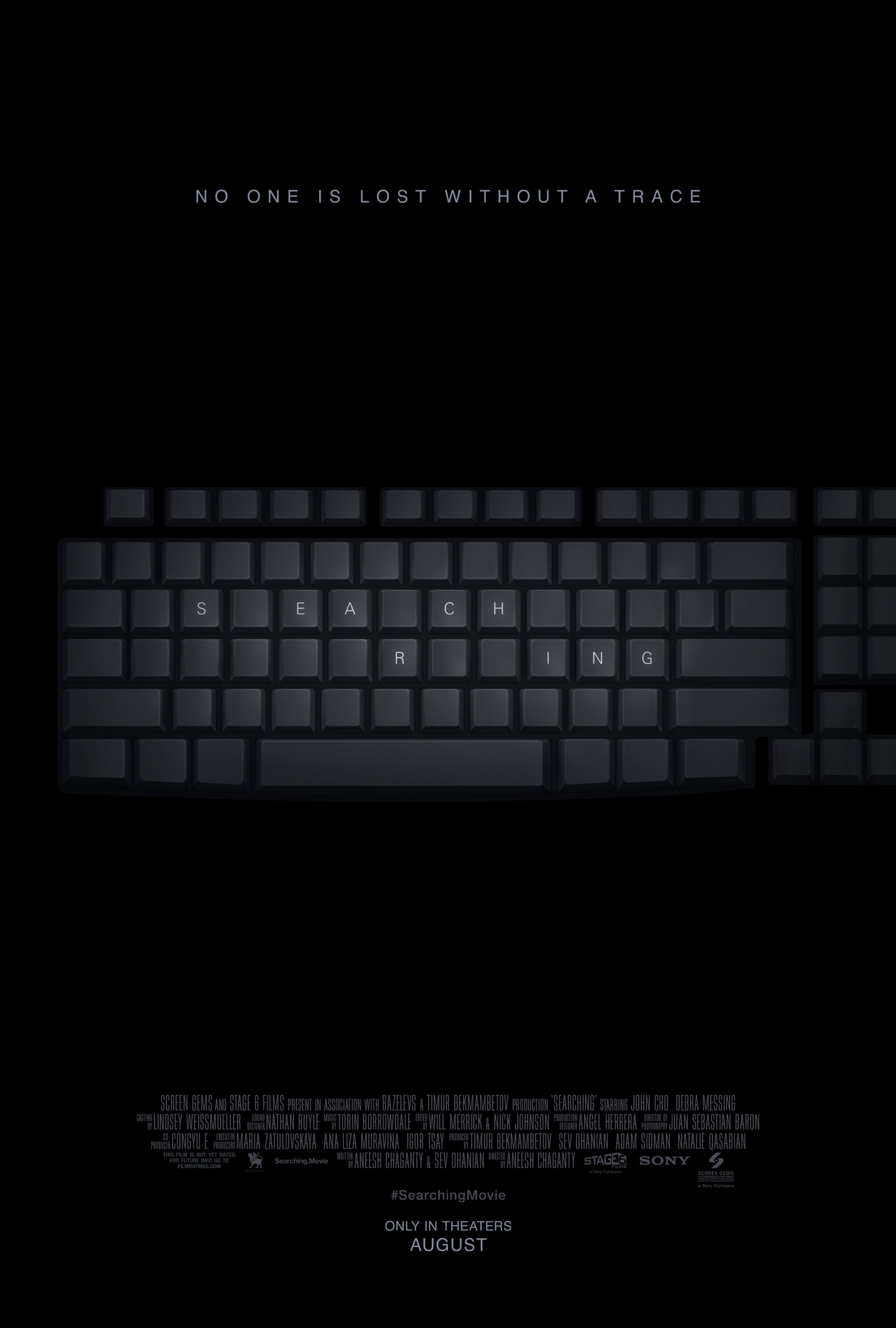 "As an indie with blockbuster potential, it displays the type of roller coater experience that can be achieved from crafty writing and a canvas as simple as a blank screen"

“Shockingly effective, not just in creating a sense of constant, palpable tension, but also in the way it pulls off authentic emotional beats”

“An innovative and intense roller coaster ride. It has not only redefined the mystery genre but storytelling as a whole”

After David Kim (John Cho)'s 16-year-old daughter goes missing, a local investigation is opened and a detective (Debra Messing) is assigned to the case. But 37 hours later and without a single lead, David decides to search the one place no one has looked yet, where all secrets are kept today: his daughter's laptop. In a hyper-modern thriller told via the technology devices we use every day to communicate, David must trace his daughter's digital footprints before she disappears forever.

Fantasia is proud to be showcasing the first Canadian screening of Aneesh Chaganty’s Sundance smash SEARCHING, produced by Timur Bekmambetov (working with Sev Ohanian, Natalie Qasabian and Adam Sidman) in his innovative “screenlife” storytelling approach that brilliantly captures the way we engage online, mining these truths for startlingly immersive dramatic effect. A quick look at any of the rave reviews the film’s been getting on the festival circuit will give you an immediate sense of how nail-bitingly effective and entertaining this film is, moving from twist to twist with clues hidden in text messages, video chats, document names and the like, built around a grounded performance from John Cho, who’s never been better in anything, as layers of information unfold in startling ways. The film’s entire approach is gripping beyond belief, with an effect that’s almost intuitively immersive, creating bonds with the audience that play to stunning emotional effect, building suspense and anxiety in ways that are impossible to shake. Not ten minutes in you will already be on the verge of tears. SEARCHING is a remarkable thriller in every sense of the word.

In this clockwork thriller, nothing is what it seems. Not even a corpse. THE VANISHED is a piece of ...

Pete and Cynthia are lustful and in love. But Pete is hiding something. Once unleashed, this dark se...