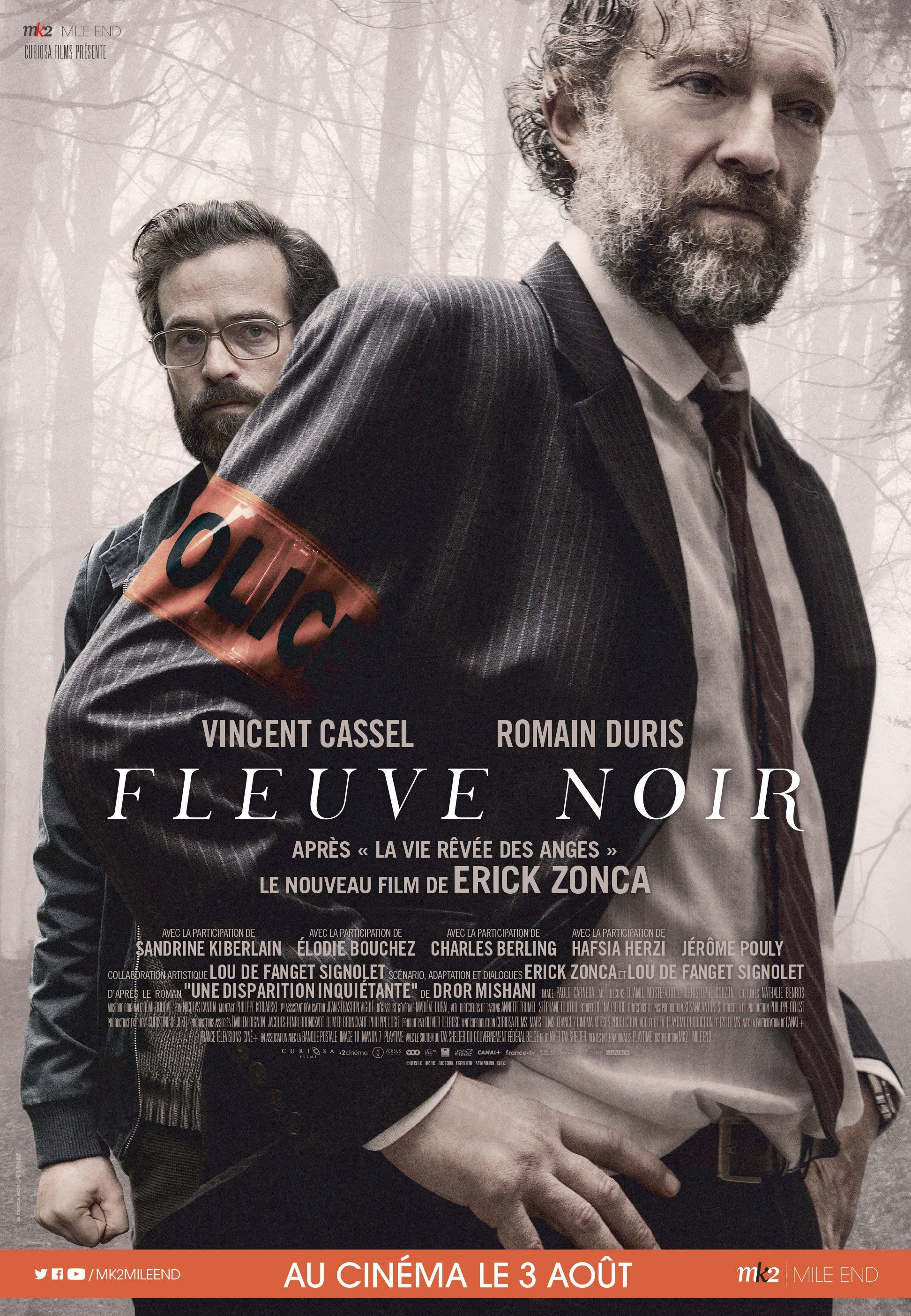 Dany Arnault, 16 years old, doesn?t show up to school one morning and doesn?t return home that night. Stuck between an almost always absent husband (Jérôme Pouly) and a heavily mentally challenged daughter, the boy?s mother (Sandrine Kiberlain) is completely distraught by his disappearance. When he?s put on the case, police commander François Visconti (Vincent Cassel) fully commits to it, even though he?s been concerned about his own son?s bad company. Several leads are followed upon ? Dany might have run away, taken his own live, been kidnapped or murdered? Could he even have gone to wage jihad? However, Visconti mainly sets his sights on Yan Bellaile (Romain Duris), a teacher/failed writer neighbour who once tutored the teenager?

Adapted from Dror Mishani?s novel The Missing File, FLEUVE NOIR is a taut crime thriller in which co-writer/director Erick Zonca (JULIA, LA VIE RÊVÉE DES ANGES) slowly but surely spins his yarn with a quasi-Fincheresque precision. Romain Duris is fascinating as a witness who is suspiciously interested in the investigation, like the bad guy in an episode of COLUMBO, while Sandrine Kiberlain is heartbreaking in the role of the mother. But it?s mostly Vincent Cassel (LA HAINE, EASTERN PROMISES, MESRINE) who blows us away with his electrifying performance as an alcoholic, rude and arrogant cop, whose unkempt hair and beard reflect his tormented soul. Obsessed by the case like a beast gnawing on a bone, will he manage to unveil the truth, as horrible as it could be? - Kevin Laforest

For Nic, the eyes are a reflection of the soul and who you truly are. Facing a new year in front of ...