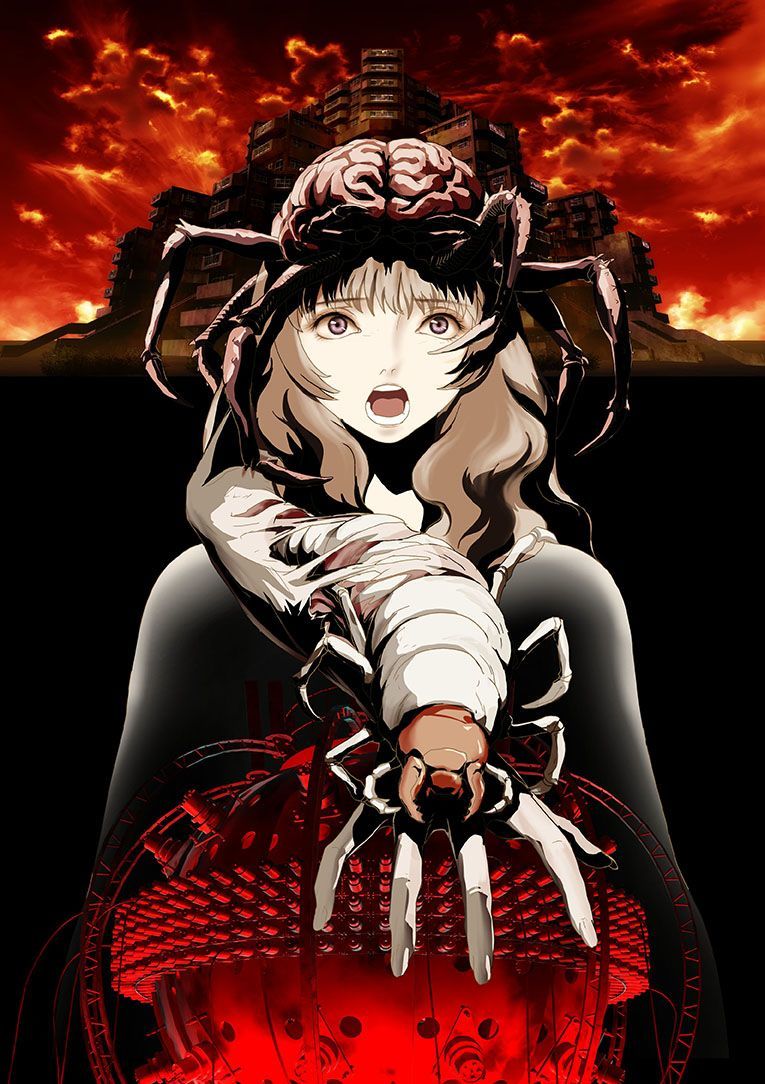 The tables have turned – humans have made livestock of the living dead. But when the technology that...

Life could be better for shy, anxious university student Rin. The apartment she has rented is hardly the sunny palace the rental listings suggested. The housing complex is rundown, grim and haunted by troubled souls lurking in dark corners. Ghastly crimes are occurring in the vicinity. And a grinning stranger makes his unsettling presence known. Beyond all this, Rin is coming to realize that something even more sinister is manifesting itself, something at the cursed crossroads of mythology, monstrosity and medical science. Determined to find out more, Rin visits the library, where she meets a sympathetic young staffer. But what she learns does not begin to put her mind at ease.

Like a waking nightmare, dread unfolds with a languorous patience that’s barbed with ever-present menace in ARAGNE: SIGN OF VERMILLION, a brief but potent new slash of horror anime. The film’s striking visual style is no less than one would expect from Saku Sakamoto, who handled digital effects on GHOST IN THE SHELL2: INNOCENCE. Sakamoto in fact wears a stack of hats on his debut feature, having written, directed, animated and even produced the score to ARAGNE: SIGN OF VERMILLION. Rin, the distraught protagonist, is performed by star voice talent Kana Hanazawa, a veteran of recent anime hits from Yuasa Masaaki, Makoto Shinkai and more. Maverick independent animated features are rare enough from Japan, and of Sakamoto’s standard of quality, all the more uncommon, making ARAGNE: SIGN OF VERMILLION an essential Fantasia discovery! – Rupert Bottenberg