Remove from favorites Add to favorites
Showings
Share
11:45 AM 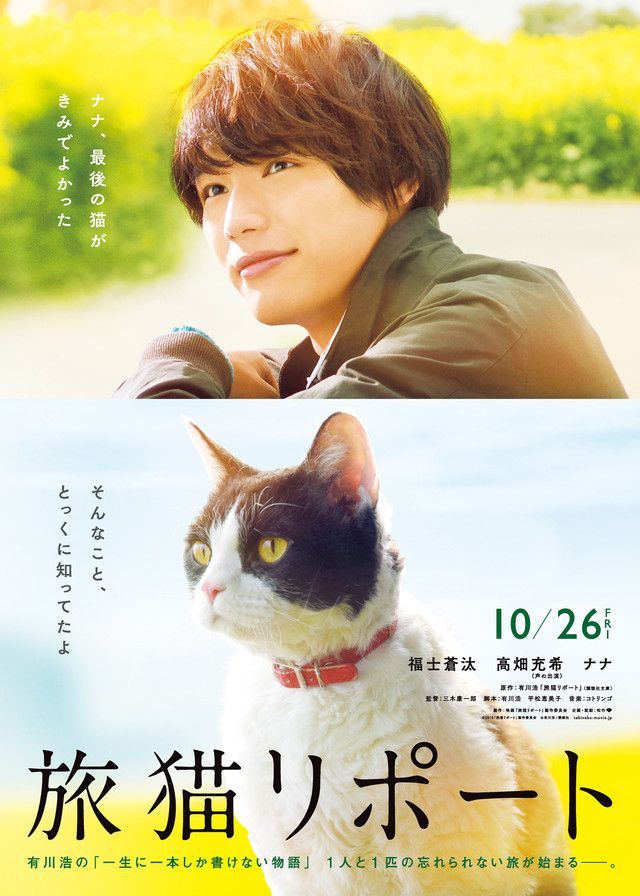 A cat isn't just a pet - it's family. Satoru (Sôta Fukushi, also in BLEACH, LAUGHING UNDER THE CLOUDS and LAPLACE'S WITCH at the fest this summer) has known this since childhood, when his kitty Hachi was always by his side through good times and bad. As an adult, Satoru adopted a stray he named Nana (the voice of Mitsuki Takahata, who can be seen in DESTINY: THE TALE OF KAMAKURA), after the poor thing was hit by a car and miraculously survived. Satoru must unfortunately now give his beloved cat away, so he travels to meet some important people in his life who might take Nana in: his childhood best friend, a couple he knew in high school, and his favourite aunt.

Adapted from the bestselling novel by Hiro Arikawa, THE TRAVELLING CAT CHRONICLES is obviously a cat person movie (the title gives it away), but it's really for all animal lovers. If you care at all about the furry ones, you'll be deeply moved by this film. It initially appears to be a comedy about a cute cat that makes amusing voice-over comments, but it soon becomes clear that it's a very sentimental affair, with some downright melodramatic elements. Using an episodic structure with extended flashbacks, writer Emiko Hiramatsu (the WHAT A WONDERFUL FAMILY! series) and director Kôichirô Miki (EVERGREEN LOVE) have created a bright, heartfelt picture that captures what is so special about having a cat, while also providing many heartbreaking insights about the human experience. Bring your tissues! - Kevin Laforest

It’s night, December 20. Clara goes to talk with her sister, Sara, who has locked herself in the bat...