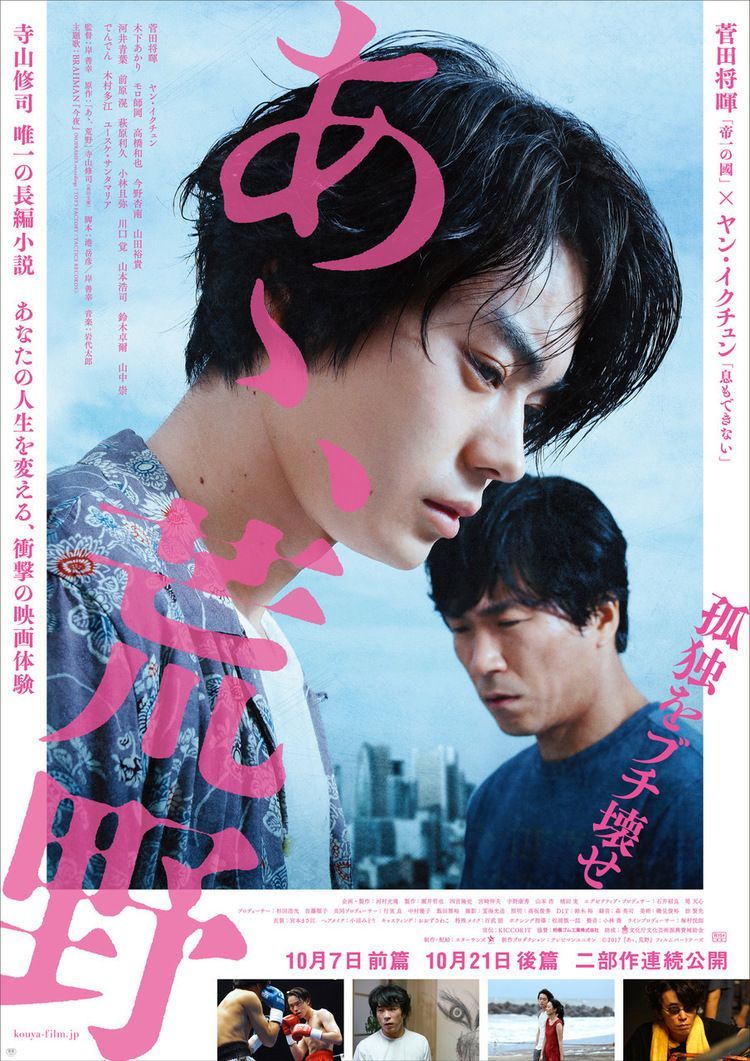 Shinjuku, Tokyo, 2021. The 2020 Olympics have taken their toll on the city; youth unemployment and suicide rates are at an all-time high and the public welfare system is thoroughly broken… not to mention the violent protests that rock the city now and again. The vengeful and volatile Shinji (Masaki Suda of TEIICHI: BATTLE OF SUPREME HIGH) is fresh out of juvie and has a lot to atone for. Kenji (Yang Ik-june, of BREATHLESS fame), on the other hand, is a more soft-spoken young man, but remains pathologically awkward – wrestling with the presence of an abusive father in his life. When both men enroll in the same boxing club, a strong camaraderie and deep connection begins to develop between the two, confronted as they are, with every punch, to their demons… as the society that created their traumas seems to crumble, piece by piece, outside the window of the gym…

Kishi Yoshiyuki’s hugely ambitious interpretation and adaptation of Shuji Terayama’s 1966 novel Ah Wilderness was one of the Japanese film events of 2017. A two-part, five-hour boxing epic (only equaled in recent memory by films such as Sion Sono’s zanier LOVE EXPOSURE), the naturalistic WILDERNESS unfolds against a subtly dystopian backdrop, with tremendous political resonance. This film – unfolding like the best of Netflix-era, genre-bending “TV” serials, unafraid to capitalize on tremendous performances and careful character development – simply has it all. A sports drama at heart, Yoshiyuki also uses his film’s framework to speculate on the future of his country, shall its current policies remain unchecked; think of it as a condensed ROCKY series, had the personal become a deeply political concern. Don’t miss WILDERNESS on the big screen – unabridged and in full – in a one-time-only screening event! – Ariel Esteban Cayer