What Keeps You Alive

Add to my agenda
Remove from agenda
Buy tickets
5:10 PM 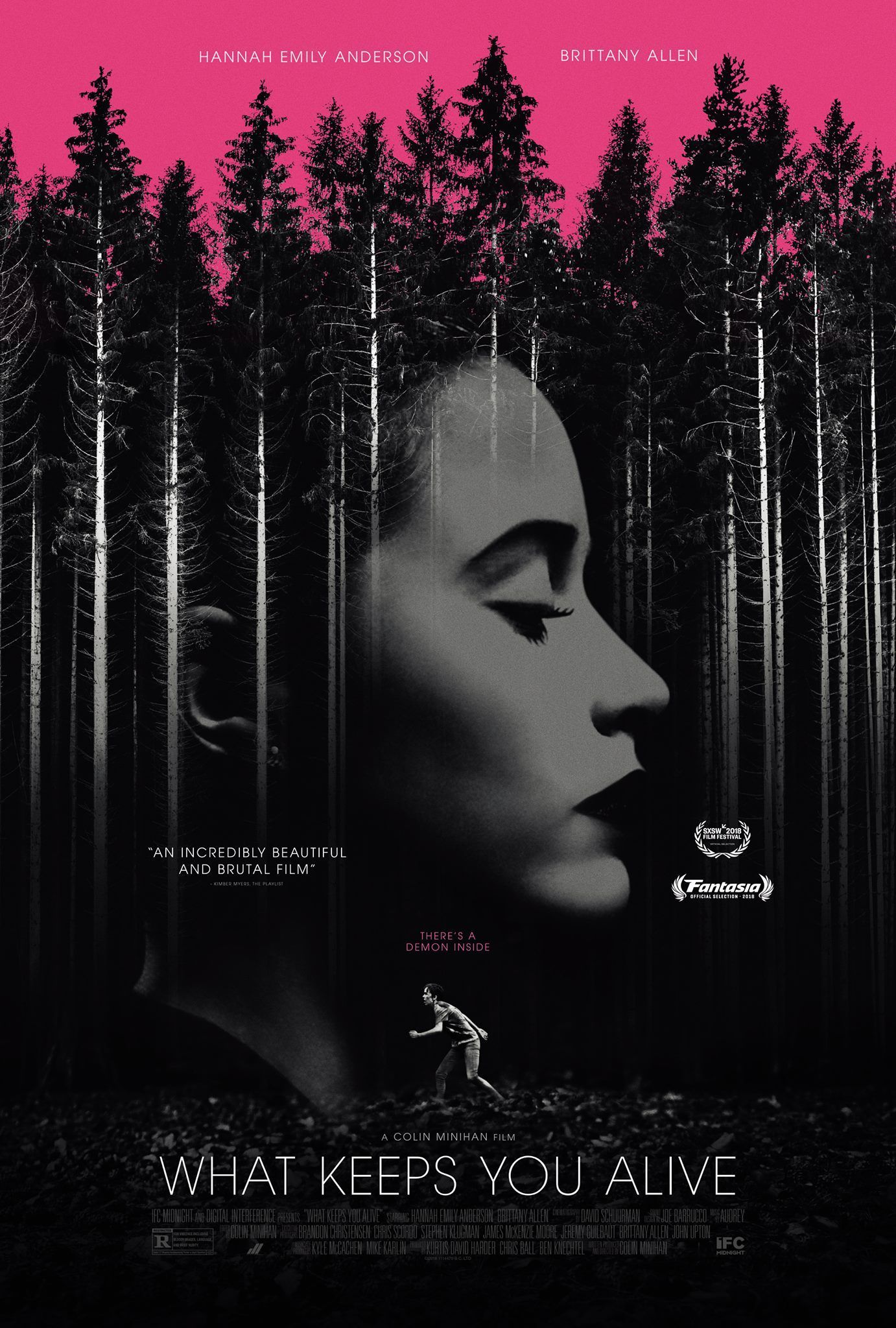 “Taut and tense… A bold vision of terror”

This is a film best experienced with zero advance knowledge so if you trust us, stop reading now and go get a ticket! For those less faithful, here we go: True love can’t always be trusted. This discomforting life lesson is learned in the most pulverizing way when Jules (Brittany Allen) finds herself barely escaping death at the hands of her wife Jackie (Hannah Emily Anderson), deep in the country on the eve of their one-year wedding anniversary. Shocked, heartbroken and terrified, she tries to piece together the whys and whats of her situation while doing everything she can to simply stay alive. An electrifyingly intense game of interpersonal cat-and-mouse begins as literal blood, sweat and tears – and heaps of adrenaline – flow in rivers.

Writer/Director Colin Minihan (IT STAINS THE SANDS RED) has made one of the most gripping thrillers of the year, one that asks the unsettling question of what you would do if the person you trusted most unconditionally turned against you. An LGBT work with teeth as sharp as razor blades, WHAT KEEPS YOU ALIVE is built on an eviscerating duo of performances from Anderson and Allen (both recently seen in JIGSAW), the latter of who also composed the film’s evocative score. You will be hanging on their every word as bad situations turns worse. And worse, And worse again. Minihan’s imaginative direction is calculated to Hitchcockian degrees, and makes staggering use of the film’s breathtaking locations, frequently contrasting beauty against horror, laying nature bare. A super smart, ferocity-fueled survival thriller that smashes conventions and frequently drops its audience off unexpected cliffs, WHAT KEEPS YOU ALIVE is a masterpiece of its genre that will leave you breathless. – Mitch Davis

Add to my agenda
Remove from agenda
Buy tickets
5:10 PM