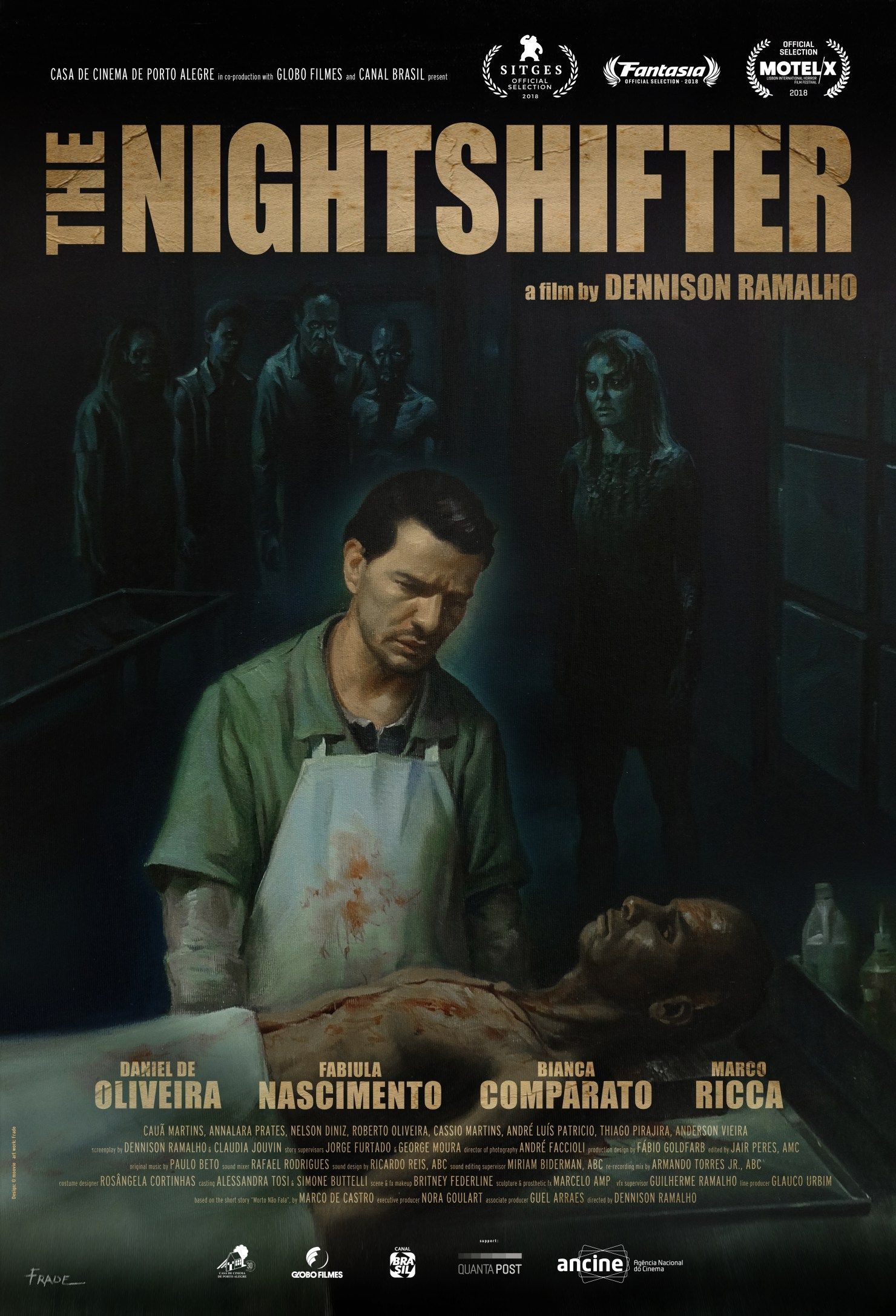 Stênio works the night shift at a morgue in a very large, very violent city. On the job, he sees cadavers in every conceivable state, often the victims of horrific gang warfare. While most would be rather unsettled by it all, Stênio is not. For the dead speak to him. Not in any metaphorical sense but in a very literal way. Stênio was born with an occult gift and while not everyone would be at ease conversing with mutilated cadavers on slabs, he has learned that there are endless secrets that can be gleaned this way. Related to crime. To prosperity. One day he learns a terrible secret about people in his own life. He commits the sin of acting on knowledge obtained from the dead, cursing himself and those dearest to him in the process.

Brazilian Writer/Director Dennison Ramalho instantly captured the hearts and nightmares of the longtime Fantasia family with his brilliant shorts LOVE FROM MOTHER ONLY (2003) and NINJAS (2011), in addition to scripting Jose Mojica Marins’ celebrated Coffin Joe comeback EMBODIMENT OF EVIL (2008). His entry in ABCS OF DEATH 2 (2014) further cemented the filmmaker as a hellishly original talent to watch in world horror cinema. We’re demonically elated to be bringing Brazil’s subterranean maestro of the macabre back to Montreal for the world premiere of his long awaited feature debut, THE NIGHTSHIFTER, a film brimming with grotesque imagination and otherworldly magick. Step with us into Ramalho’s haunted morgue and brace yourself. – Mitch Davis