Add to my agenda
Remove from agenda
Sold out
11:45 AM 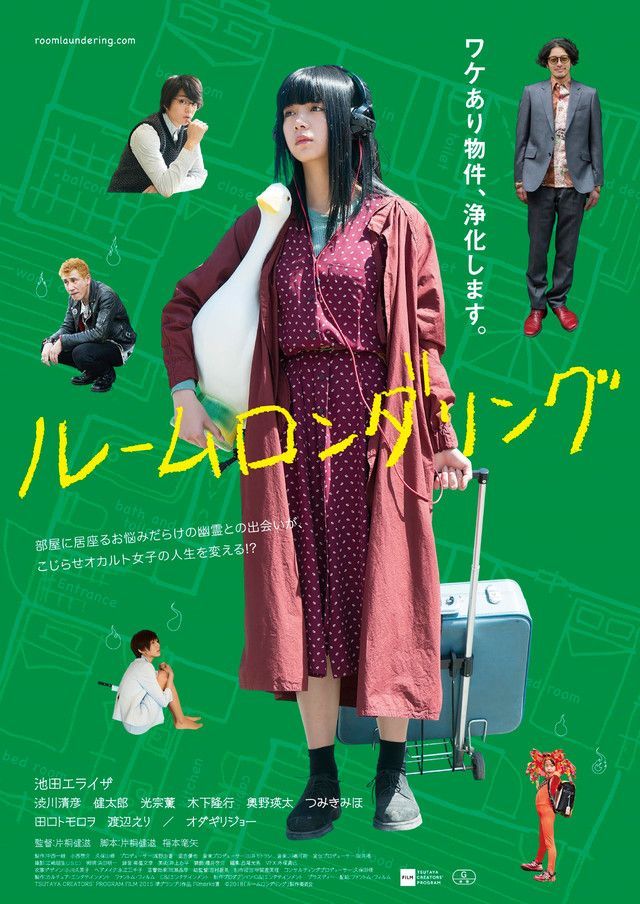 Miko Yagumo (Elaiza Ikeda, THE MANY FACES OF ITO) is a shy and antisocial young girl. She is also a “room launderer”. Under the guidance of her eccentric uncle Goro (Joe Odagiri), she goes from apartment to apartment, giant goose lamp in hand, and squats in flats where murders and other untimely deaths have happened. In Japan, law requires landlords to divulge tragic passings to their next tenants, but the same law fails to specify how many subsequent renters one needs to inform! Miko thus acts as the transitory occupant, and the room in question retain its market value! Simple, but there’s a major hiccup: Miko has developed the ability to see the spirits of the deceased! And soon, her weird job gets weirder, and it becomes up to her to exorcise souls in perdition… and perhaps even solve an unresolved murder or two!

With ROOM LAUNDERING, first-time filmmaker Kenji Katagiri becomes one to watch out for! Juggling beautifully with different tones and genres, he delivers a film pitched somewhere between the quirky comedy and the light supernatural drama. Here, death is less the final frontier than the vector through which personal problems and earthly failings get absolved… and through this strange premise, ROOM LAUNDERING proves to be an absolute charmer. Boasting a superb cast, you’ll find comedians such as Kiyohiko Shibukawa (LOWLIFE LOVE, PUNK SAMURAI SLASH DOWN) playing a dead punk rocker, as well as veteran fan-favourite actor Joe Odagiri (ADRIFT IN TOKYO, MR. GO, AIR DOLL) in a tailor-made role! Last but not least, Ikeda reveals a main character that will mark your imagination: a quirky, next-gen exorcist that shall appease your soul, as it did ours! – Ariel Esteban Cayer

Add to my agenda
Remove from agenda
Sold out
11:45 AM