Add to my agenda
Remove from agenda
Buy tickets
5:05 PM 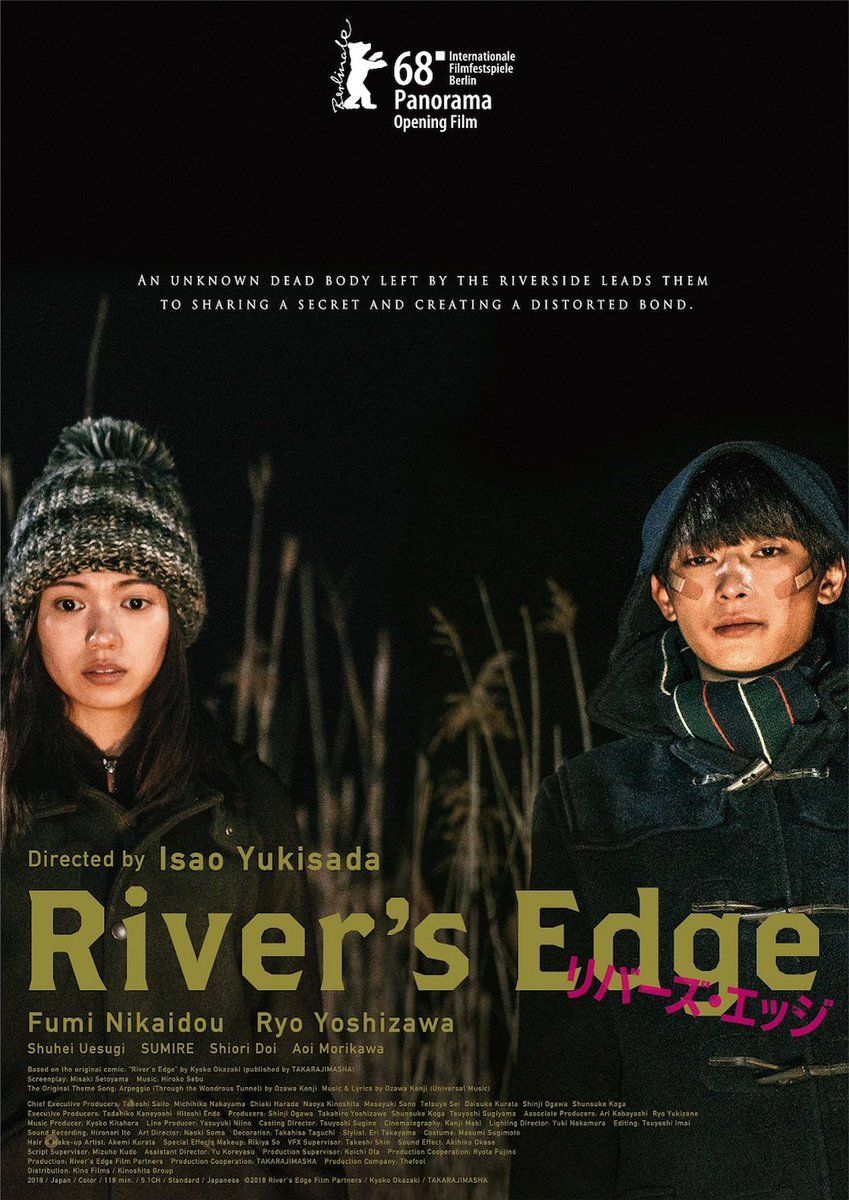 Mid-’90s, on the outskirts of Tokyo. A flaming body goes flying from an apartment tower’s balcony. Breaking into her high school at night, Haruna (the superbly talented Fumi Nikaido, seen this year in INUYASHIKI) discovers Yamada (Ryo Shinozaki), beaten up and tied up in his school locker. They soon become friends, despite his main bully being her boyfriend, Kannonzaki (Shuhei Uesugo) – a violent and impulsive boy who soon cheats on Haruna with the adventurous Rumi (Shiori Doi). Add to this teenage mess the young Kozue, who suffers from bulimia… and the discovery of a body, on the edge of the river, which soon becomes a strange totem for the angst-ridden teens. And when a second body is discovered, the secret that unites them all might prove too heavy to bear…

Adapted from Kyoko Okazaki’s cult manga of the same name (and whose previous HELTER SKELTER was adapted to the big screen and showcased at Fantasia in 2013), RIVER’S EDGE is a triumph for director Isao Yukisada (GO; Nikkatsu Roman Porno Reboot’s AROUSED BY GYMNOPEDIES). Recalling the premise of a TWIN PEAKS, Yukisada adapts Okazaki’s work and shapes it into a strange and melancholy period piece – showing a glacial and ominous side to the Japan of the 1990s. Through these complex characters, all far from archetypal and portrayed by a stellar cast, RIVER’S EDGE provides a superb generational portrait; a film forged in the shadows of an eerie industrial suburb, below which seems to lie a profound darkness. Uncompromising, here’s a coming-of-age film that beautifully flirts with death and violence, and it is surely one of the great films of Japanese cinema in 2018. – Ariel Esteban Cayer

Add to my agenda
Remove from agenda
Buy tickets
5:05 PM