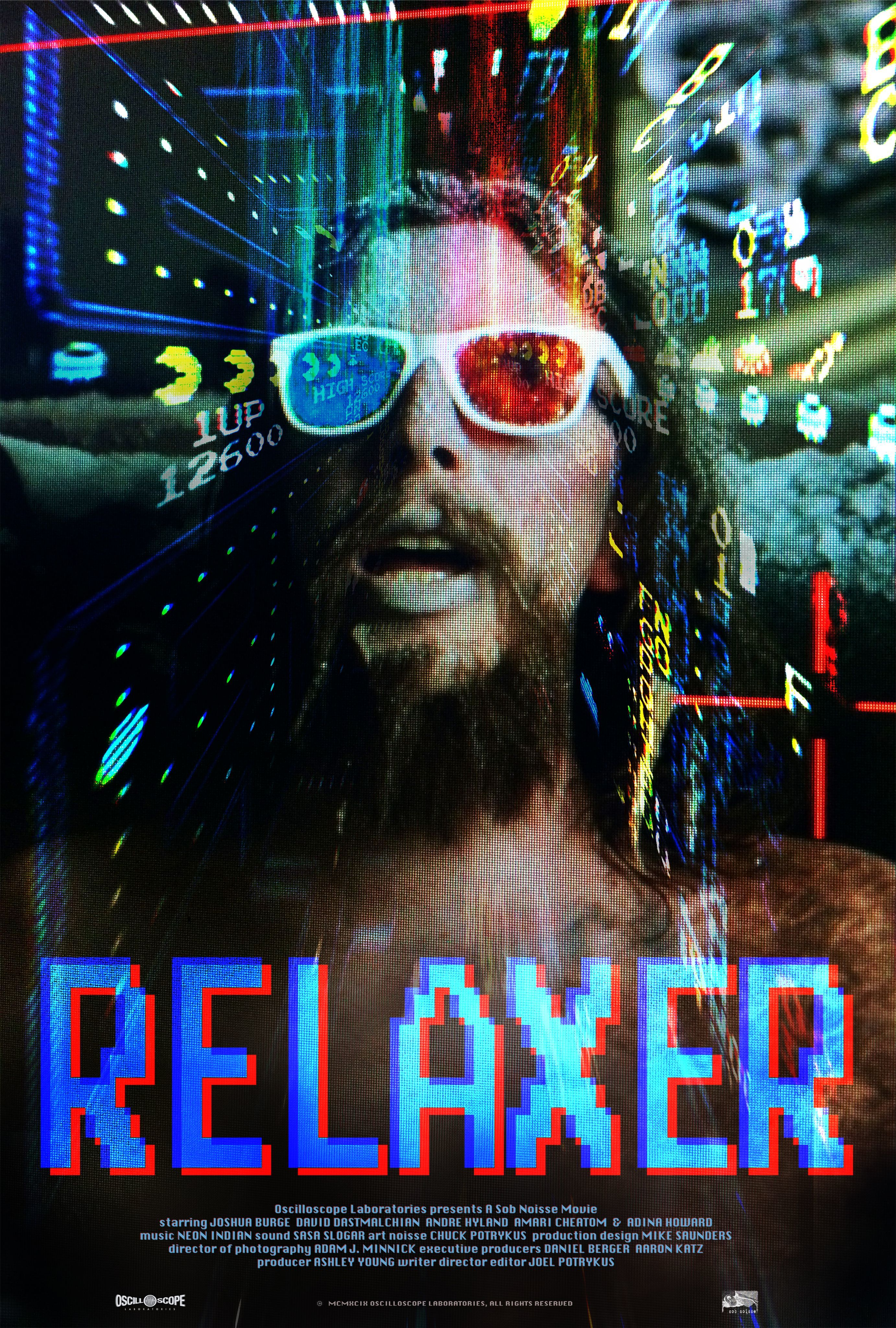 "Outrageously perverse: from piss to Pac-Man, from Faygo to JERRY MAGUIRE, the cacophonous gnarly lot of it colliding into something wildly, happily unique"

Y2K is right around the corner, and Cam (David Dastmalchian) just gave his younger brother Abbie (peak Joshua Burge) the dopest, most ultimate challenge, um, ever: to beat Billy Mitchell's infamous Pac-Man high score (by going beyond level 256's glitch, of course) without ever getting off the couch. What's that? Not once? Not even to pee, eat or drink? How and why, do you ask? Hey man, listen: it's about honour, and that's that. There's no getting up before finishing the game, and that's final. Got it? Okay, good, I thought so, too. Now hit start?

SLACKER by way of THE EXTERMINATING ANGEL (and a hint of BEAVIS AND BUTTHEAD) is a descriptive hyperbole (please excuse us) that nonetheless begins to describe the madness that Joel Potrykus unleashes with RELAXER. His fourth and, dare we say, best feature film to date is a closed-room mise-en-scène tour-de-force that transforms a gamer's crummy apartment into a space of unlimited potential. A master at filming inaction as the ultimate form of societal rebellion, Potrykus delivers his most philosophically dense and grandiose film: showcasing the slow deterioration of a space, as well as of a mind, at the whims of a twisting plot of unexpected ambition. Which is to say that this is a true punk film, at once indescribable, demanding and completely insolent, encapsulating the best (and the worst) of '90s pop culture in one experiential trip. So come relax with us, but don't blame us if you get a few bedsores along the way! - Ariel Esteban Cayer