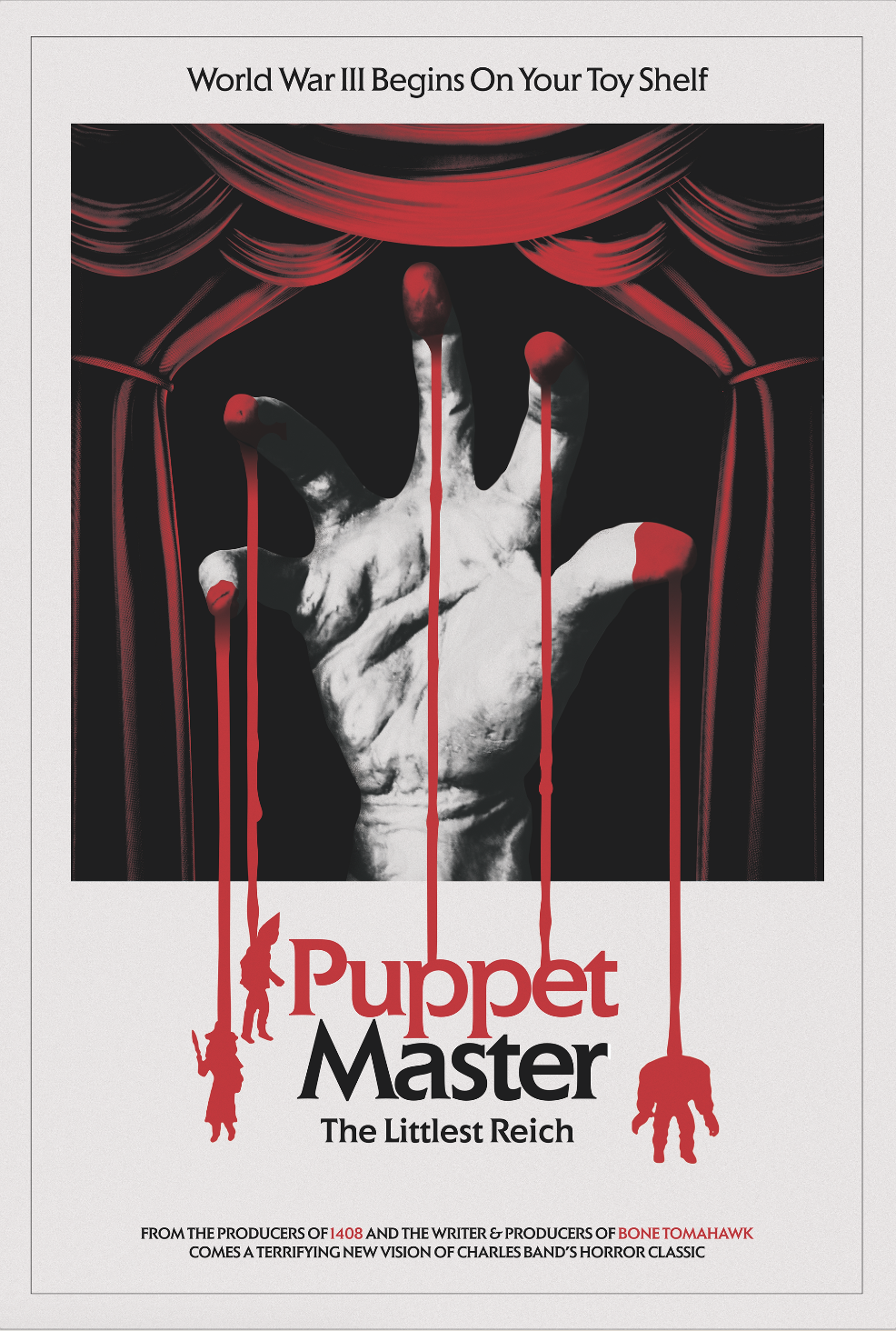 “The craziest goddamn movie of 2018…Wild, in your face, and meant to be experienced with the rowdiest crowd imaginable”

" PUPPET MASTER: THE LITTLEST REICH will have you gasping, squirming, and laughing at the bold display of offensive humor and gore. Above all it will leave you asking, when can I get more?"

"It’s a pure midnight madness film that tops itself moment after moment."

Postville, Texas, 1999: A lesbian couple have an unfortunate encounter with expatriate Nazi/puppet maker Andre Toulon (Udo Kier) and his creations. Dallas, present day: Recently divorced comic-book artist Edgar (Thomas Lennon), back living in his parents’ house, comes across a scary-looking puppet that once belonged to his deceased brother. In need of extra money, he decides to sell it at a convention/auction commemorating the 30th anniversary of the “Toulon murders.” He brings along his new girlfriend Ashley (Jenny Pellicer) and his boss Markowitz (Nelson Franklin) – little knowing the danger they’re heading into. Toulon may be dead but his dolls of death are very much alive, and they begin slashing, bashing and burning the convention-goers. Only Edgar and his friends may be able to stop this toy reich’s final solution…

It has been three decades since Charles Band’s tiny terrors first began their march toward cult-film domination, and LITTLEST REICH gives them a boost in budget accompanied by buckets of blood. S. Craig Zahler, whose blistering BONE TOMAHAWK and BRAWL IN CELL BLOCK 99 have established him as a ferocious genre talent, brings fresh sociopolitical (and politically incorrect) levels to the screenplay, and Swedish directors Sonny Laguna and Tommy Wiklund (WITHER) serve it up with insane amounts of splatter. Makeup effects creator Tate Steinsiek’s body- and brain-busting work approaches Lucio Fulci-esque proportions—so who better to score it all than Italian maestro and Fulci-film veteran Fabio Frizzi? Top it off with appearances by Kier, RE-ANIMATOR/FROM BEYOND’s Barbara Crampton (as cop/tour guide Carol Doreski) and Matthias Hues (I COME IN PEACE, LEGION OF THE DEAD), and you’ve got a movie destined to win a whole new 21st-century cult following for Blade, Torch et al. – Michael Gingold