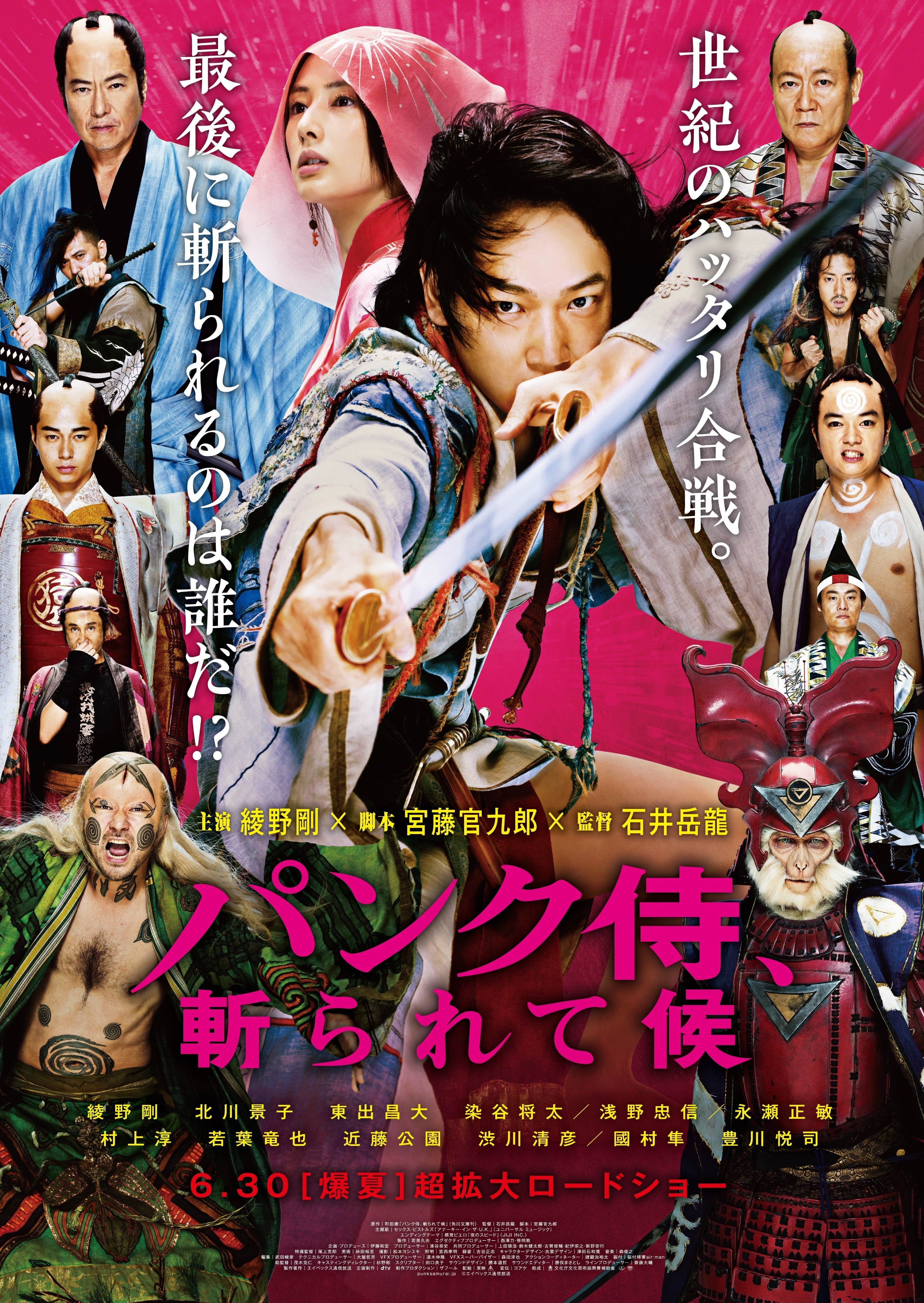 Junoshin Kake is a ronin, a samurai without a master, and he’s not above a stretching the truth a bit, even spilling some innocent blood, to earn a spot among the retainers of the Kurokaze clan. He gets his foot in the door with a wild and rather dubious warning about the menace of the Bellyshakers, a doomsday cult. Now he’s stuck between rival clan officials Oura and Naito, and the Bellyshaker’s lunatic leader Chayama, with matters further complicated by a telekinetic imbecile, a talking monkey warlord, and of course Chayama’s attendant Ron, strong-willed and strikingly beautiful. The fiefdom is engulfed in harebrained schemes, desperate deeds – and apocalyptic madness!

The metafictional mania of Japanese punk rocker-cum-author Ko Machida’s 2004 jidai shosetsu (period novel) rips up the silver screen in PUNK SAMURAI SLASH DOWN. Loaded with loopy weirdness and jolts of anachronistic rock ’n’ roll energy, the cinematic adaptation by Gakuryu Ishii (GOJOE, ELECTRIC DRAGON 80000V) is colourful, anarchic and irreverent – as you’d expect, given his bona fides as a key instigator of Japan’s punk-film eruption of the ’80s (collaborating here with screenwriter Kankuro Kudo, of TOO YOUNG TO DIE! fame). The cast is a who’s-who of Japanese genre cinema, including Go Ayano (also in AJIN: DEMI HUMAN this summer), Shota Sometani (PARASYTE), Jun Kunimura (ATTACK ON TITAN), Etsushi Toyokawa (20TH CENTURY BOYS) and of course the ordinarily poised and dignified Tadanobu Asano (in KASANE this year), making a seriously magnificent jackass of himself here as the Bellyshakers’ cult leader. Kooky, cutting, and cool, this is samurai cinema with a severe dose of WTF! – Rupert Bottenberg