Add to my agenda
Remove from agenda
Buy tickets
3:15 PM 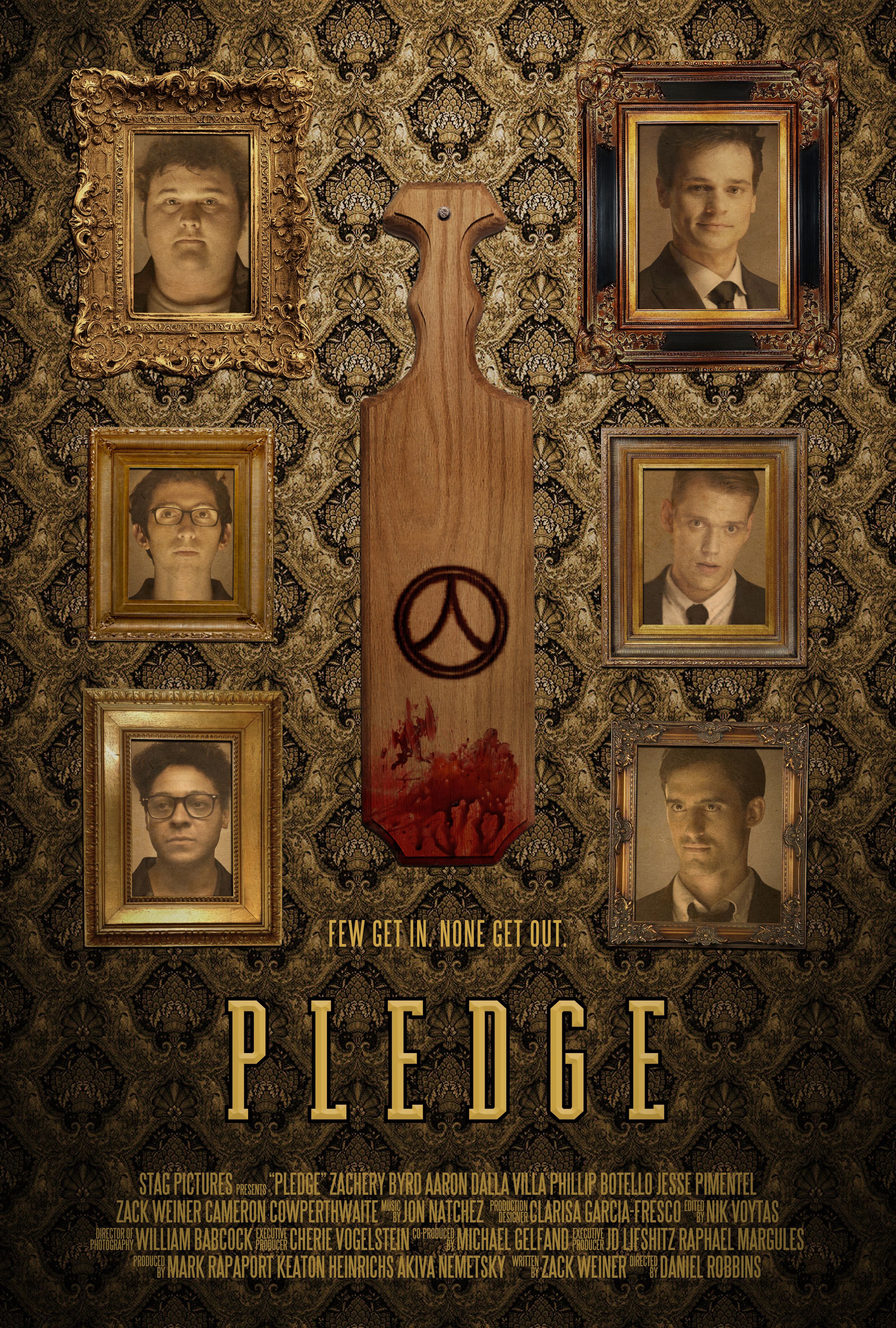 There's no shortage of real-life horror stories about fraternity pledging gone wrong, so push that idea a bit further and you've got the ideal scenario for white-knuckle survival horror. Ultimately, PLEDGE asks just how far would you go to join the in-crowd? Directed by Daniel Robbins (werewolf comedy UNCAGED, crime caper THE CONVENIENT JOB), the movie follows three freshmen pursuing what they think is the ideal college experience. But despite their best efforts, the goofy and likeable David (screenwriter Zack Weiner), Ethan (Phillip Andre Botello) and Justin (Zachary Byrd) get the cold shoulder from the campus frats. They're ready to throw in the social towel when they meet the gorgeous Rachel (Erica Boozer), who invites them to a party at a mansion in the country. What could possibly go wrong?

Awash in booze, babes and new buddies, things seem to be looking up, so the trio returns as pledges at the behest of budding one-percenters Max (Aaron Dalla Villa), Bret (Jesse Pimental) and Ricky (Cameron Cowperthwaite, AMERICAN HORROR STORY – CULT). But when the hazing goes from humiliating to life-threatening, our heroes' limits are tested, until they realize it's not getting into the fraternity they need to worry about, it's getting out of the building – alive! Boasting well-rounded characters, endearing performances, a streak of black humour, and a desperate situation that erupts into sickening violence, in many ways PLEDGE is an acceptance-themed companion film to Jeremy Saulnier's GREEN ROOM. Rats, torture, knife fights and vodka shots – who's ready to sign up? – Dave Alexander

Add to my agenda
Remove from agenda
Buy tickets
3:15 PM