Add to my agenda
Remove from agenda
Buy tickets
12:45 PM 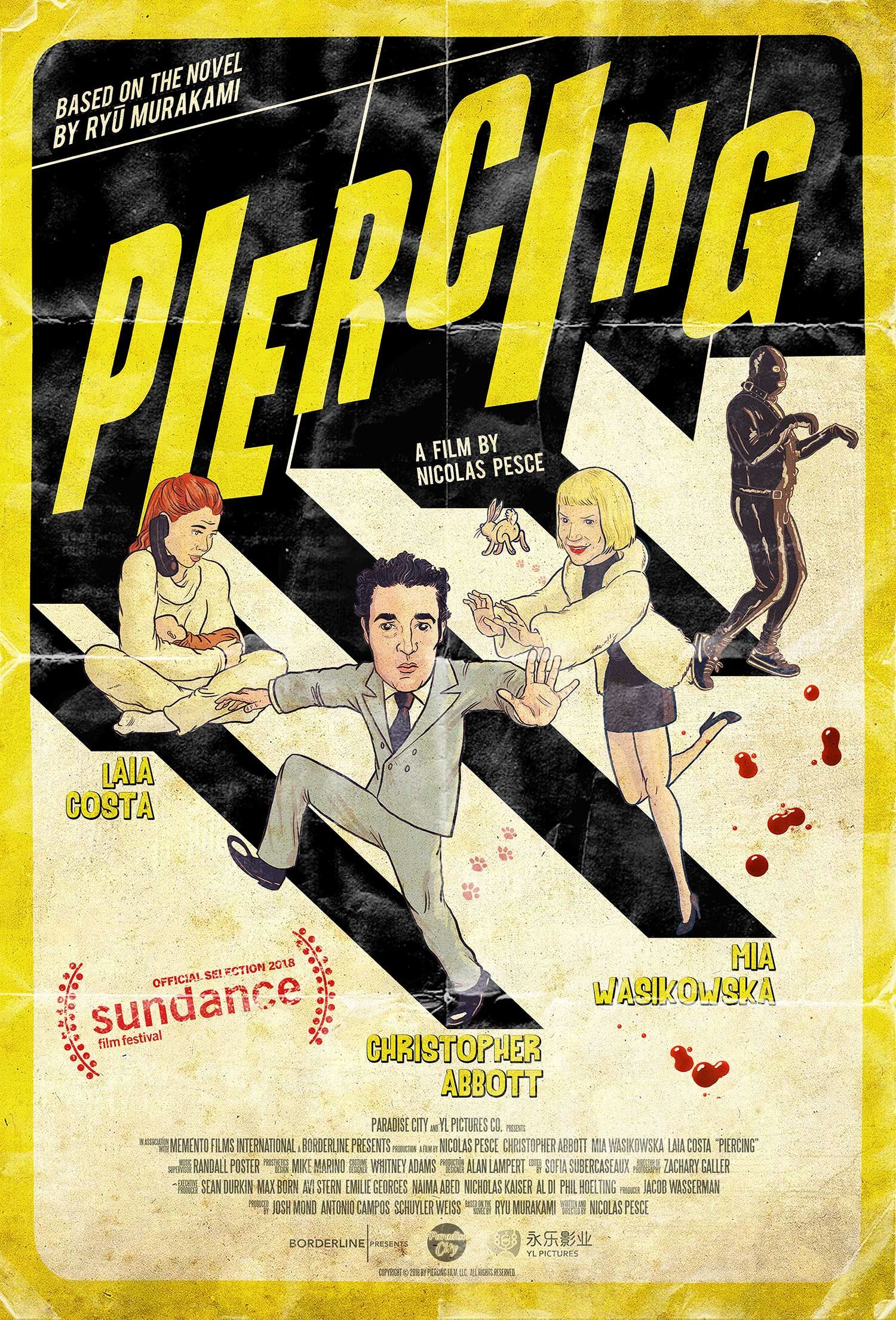 ““An early contender for horror film of the year”

Reed (Christopher Abbott) is a husband and new father who has some very unpleasant urges. Fortunately for his family, he develops a plan to get those murderous impulses out of his system: He’ll check into a hotel, hire a prostitute, kill her, and dispose of her body along with his inner demons. After renting the room and plotting out the night’s deadly activities to the smallest detail, he welcomes in call girl Jackie (Mia Wasikowska), and goes through his prepared motions of setting her up to be slain. What he discovers is that Jackie is not going to be such an easy victim, that she has deep, dark psychological quirks of her own, and that the night isn’t going to go at all the way he so carefully planned.

Writer/director Nicolas Pesce captivated audiences at Fantasia 2016 and around the world his stark, gritty, and unblinking THE EYES OF MY MOTHER. Pesce makes a stylistic 180 with PIERCING, adding a streak of bizarre humour from the opening scene, shooting in vivid colour on hyper-designed sets, using miniatures and visual effects to create a sense of heightened reality, and drenching it all with a soundtrack of music selections that Euro-horror fans will find very familiar. Based on a novel by Ryu Murakami (and recognizable as coming from the same mind that dreamed up the source of Takashi Miike’s AUDITION), PIERCING has been described by Pesce as a cat-and-mouse game in which “the mouse becomes the cat and the cat becomes the mouse.” As performed by Abbott and Wasikowska with great emotional cunning and dexterity, it’s a game that will have you guessing who will become the victor throughout, while cringing and laughing in equal measure. – Michael Gingold

Add to my agenda
Remove from agenda
Buy tickets
12:45 PM