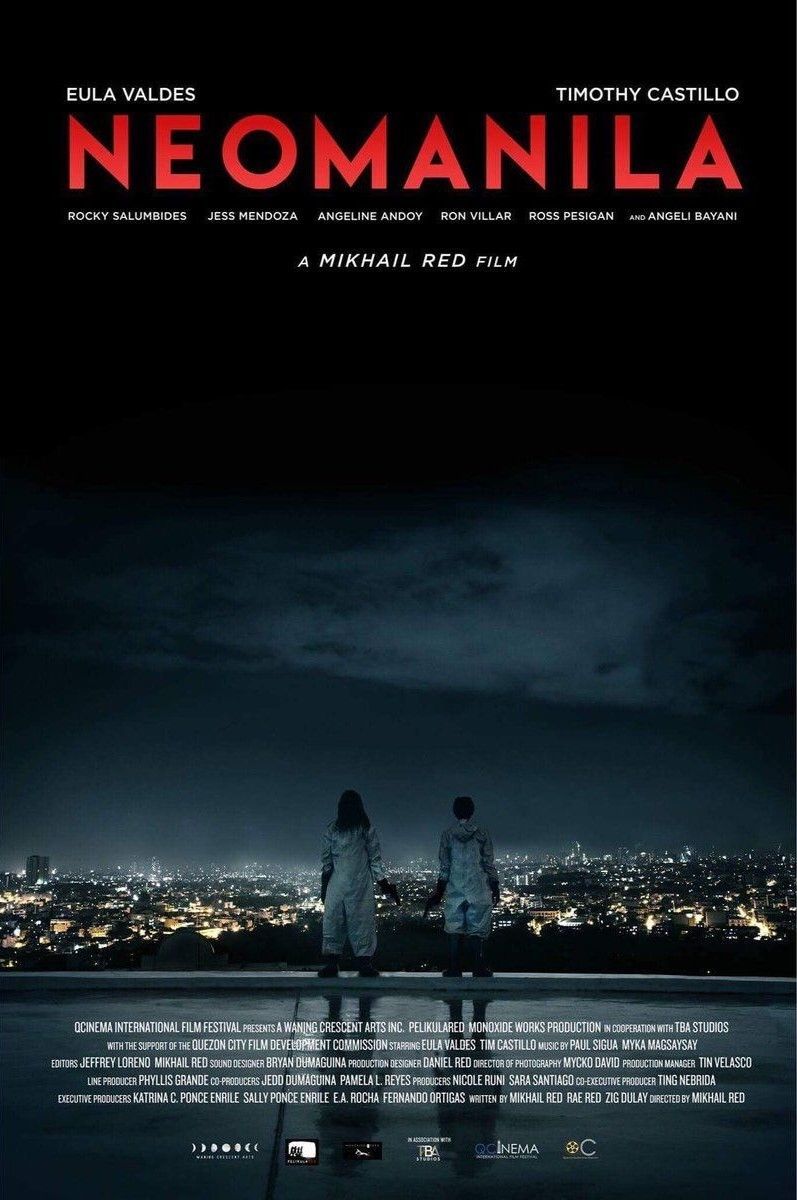 “A slick, poised, noir-infused thriller…well beyond the gritty realism and loud melodrama so common in socially-conscious Filipino cinema”


Manila, 15 minutes into the future. The government’s draconian policies are ongoing, and extrajudicial executions are part of everyday life. These are aimed primarily at low-level drug dealers and affect disadvantaged districts, without ever eradicating the source of the “problem”. Trapped in this maelstrom of violence and corruption, the young Toto has no choice but to betray his gang, in exchange for the conditional release of his brother. But in doing so, he puts himself in the path of a death squad, made up of Irma and Raul, a couple of assassins, freelance exterminators who take the boy under their wing and begin to teach him the basics of the job – to make him yet another mercenary at the service of the Filipino authorities...

Director Mikhail Red follows BIRDSHOT (Best Film Award at the 2016 Tokyo Film Festival) with NEOMANILA, a neo-noir that brilliantly combines realism and the dystopian, stylizing reality to better observe it and commenting on current events. Under the Duterte presidency, "EJKs", or extrajudicial killings, have increased in frequency and popular support (Duterte having promised to “clean up” his country), and Red’s descent into hell leads the viewer to both sides of the phenomenon – not to mention the battlefield. Under the cover of genre cinema, NEOMANILA bravely questions the repercussions of such a climate of violence on ordinary people's lives, and demonstrates the intimate consequences of politics, as well as the futility of abuse of power leading to more violence. – Translation: Rupert Bottenberg