Hosted by the directors 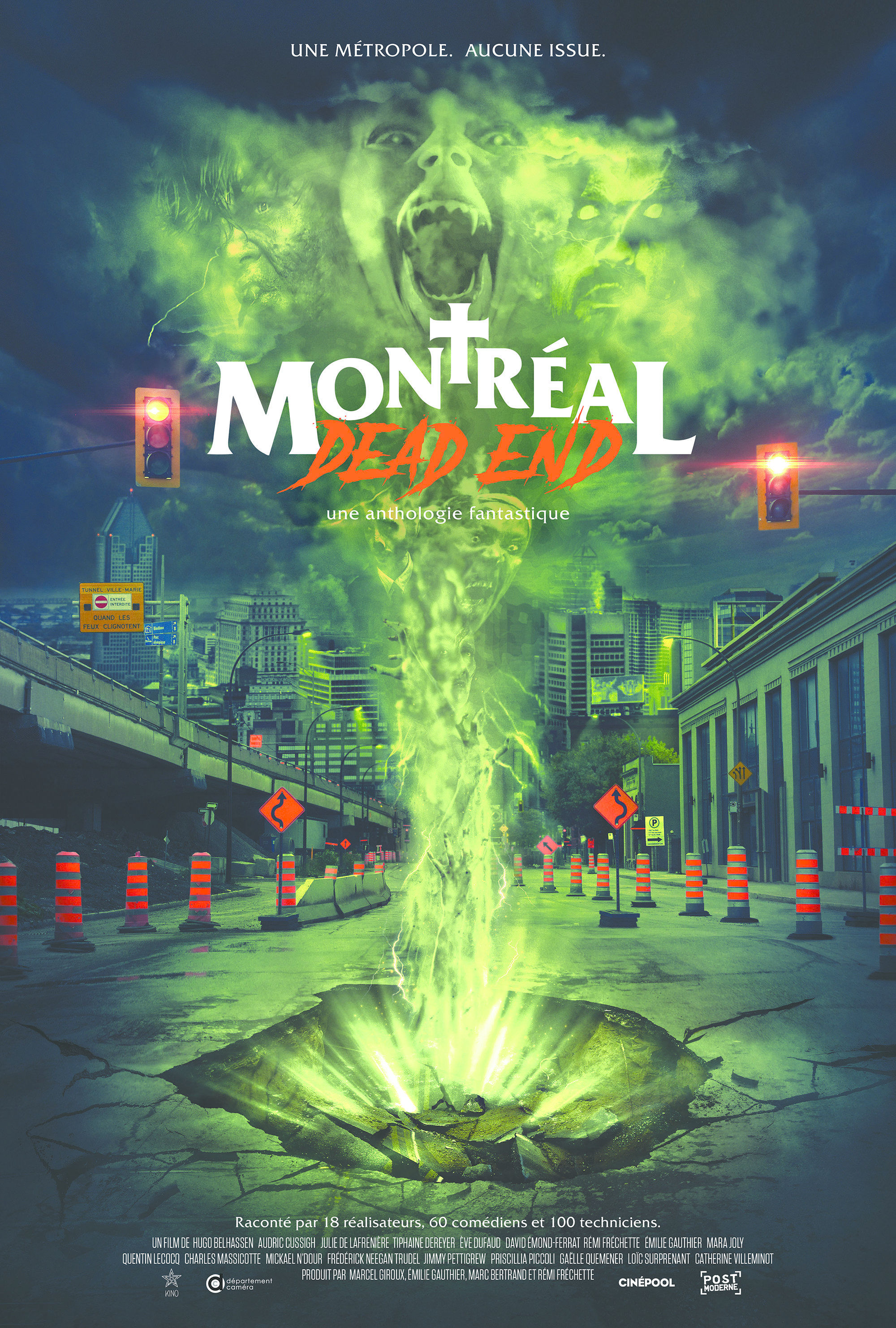 It's a well-known fact that the island's incessant roadwork is a major headache for many Montrealers, but when it awakens evil forces from deep within our own history, legends and untamed demons, we are treated to a wild delirium of fright, the likes of which festivalgoers can't afford to miss. A supernatural mist is seeping through the cracks of the city, causing various evil enchantments related to the neighbourhood from which it escapes, waking up a dark spirit here, a vengeful ghost there, releasing a plethora of terrifying creatures, possessing numerous citizens and even turning some of them into zombies, or entities from the beyond. The key to this paranormal chaos lies within a First Nations legend, a shamanic amulet and a guardian (Marco Collin) in search of a book of prophecies and premonitions which only he can decipher. Several pro-apocalyptic groups, master swindlers and voodoo priests are also looking to get their hands on this book hidden somewhere in the metropolis. The quest takes us from one part of the city to another, crossing paths with unexpected events and multiple creatures along the way.

This terrifying tour-of-the-town captures neighbourhoods, buildings and iconic locations from North America's Amsterdam, shedding the straightforward storyline for a narrative melting-pot filled with demons, shadowy humanoids and disgusting otherworldly beings. MONTREAL DEAD END is an anthology of 15 shorts directed by 18 up-and-coming filmmakers who are all members of the Kino film conglomerate, whose motto is: Do it well with nothing, do it best with less, but do it now. Each segment deals with a specific neighbourhood and its signature idiosyncrasies. Several filmmaking approaches are unleashed, ranging from self-assured B-movie styles to more artsy and atmospheric chapters. This cinematic anthology literally makes a martyr of Montreal, one that can roll with the punches but can also show resistance when facing the void. In fact, MONTREAL DEAD END is more than a movie, it's literally the manifest destiny of a rising generation, proclaiming loud and proud their passionate mission to produce genre cinema in Quebec. In Montreal, you don't mess with the smoked meat! Translation: Guillaume Desbiens