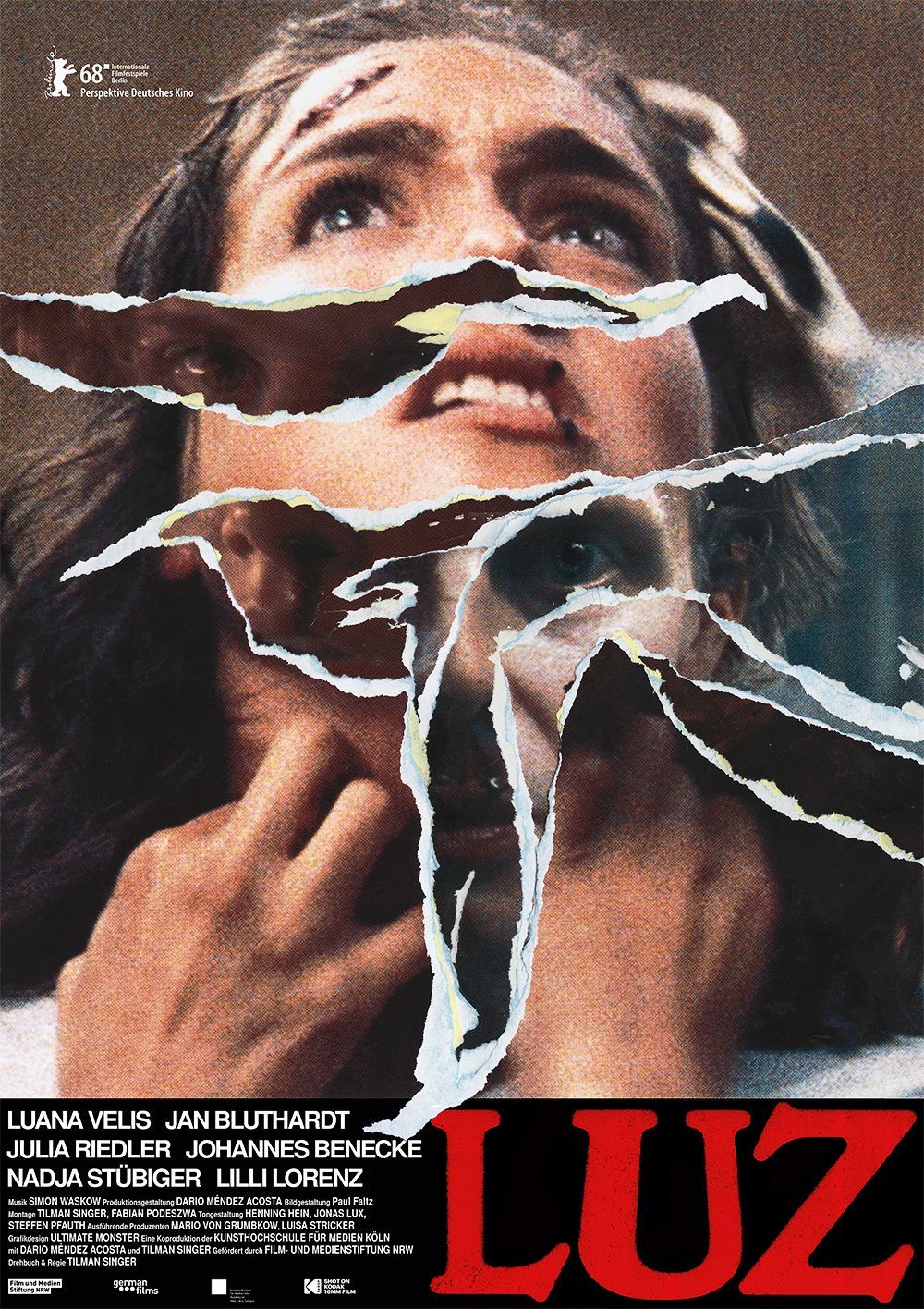 On a particularly violent and stormy night, an obviously distraught taxi driver named Luz bursts into a nearly deserted police station. Meanwhile, the mysterious Nora is busy seducing a certain Dr. Rossini at a local bar. As the drinks accumulate on the counter and the mysterious conversation grows increasingly threatening, she reveals the nature of her long-term relationship with Luz. And as Rossini falls under her charm, it quickly becomes obvious that it’s already too late for everyone involved. At the station, Luz confesses her secret to incredulous officers: a demon is on the loose, and it is after her. He’s heading their way and odds are slim that there will be anyone left to see the sun rise in the morning...

Attention audacious film lovers, a new master of genre cinema has stepped forward with LUZ, a most unexpected revelation of this year’s Berlinale (and, perhaps, even of the entire year). An experimental shocker with an irresistible retro vibe, Tilman Singer’s first feature fluidly assembles elements of influence from the horror and arthouse cinema of the 1970s – think Rainer Werner Fassbinder, Andrej Zulawski and Lucio Fulci – in one compact whole. However shot on 16mm Scope, with impeccable visuals worthy of the aforementioned classics, this is much more than a simple homage. LUZ is a singular achievement in economical screenwriting and tight mise-en-scene; an ingenious and anxiety-inducing tale, told in huis-clos, that deftly deconstructs the demonic possession narrative as we know it, and turns a simple police station into a crossroads for the occult… where past and present converge with the hell that lies beneath our feet. Like us, you will see the light. – Translation: Guillaume Desbiens