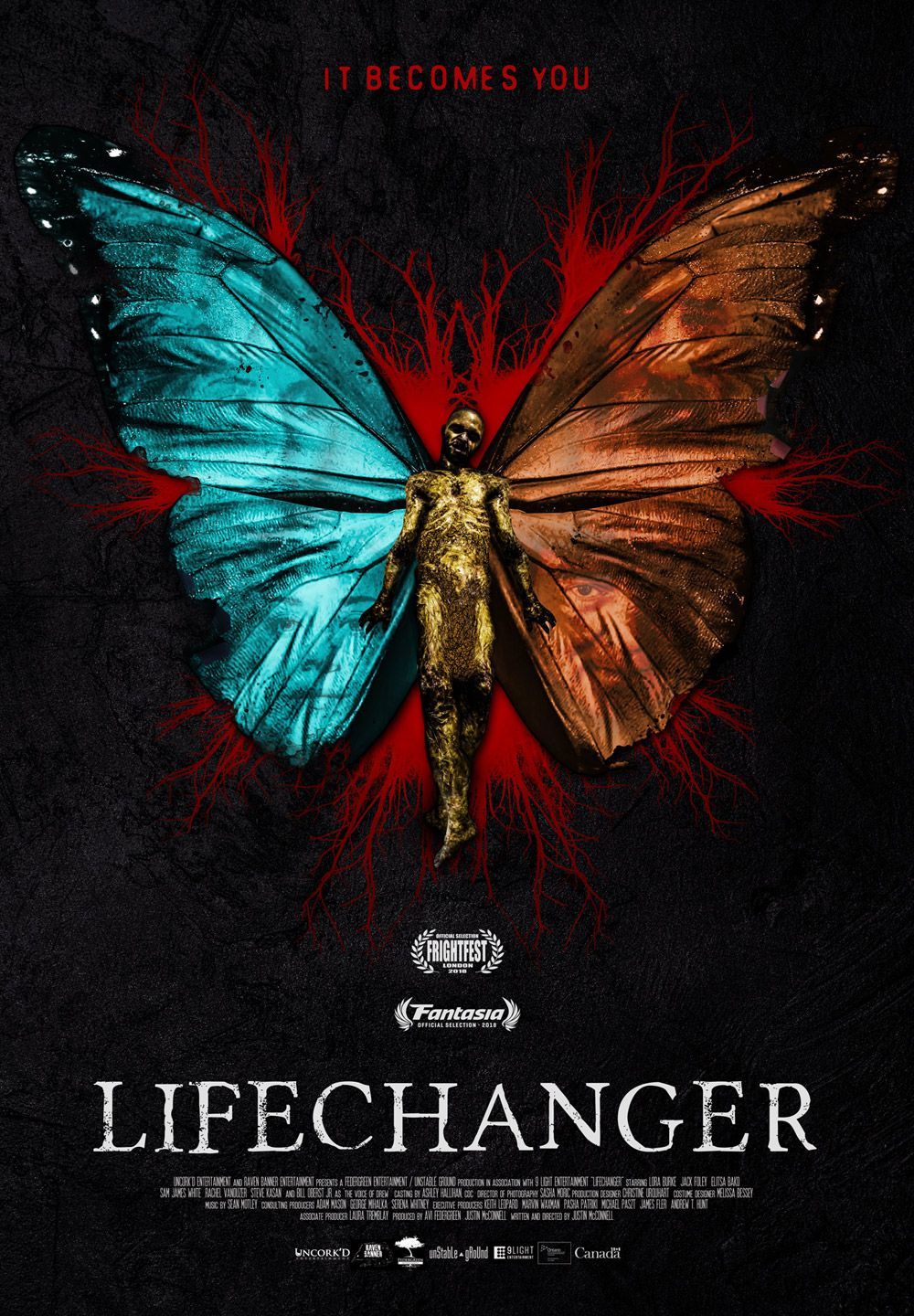 Drew is Detective Freddie Ransone, a cop who just left a burning house with two dead bodies inside. Before that, Drew was Emily Roberts, a party girl who became one of those dead bodies, and as the days go on, Drew will become dentist Sam Richardson, his assistant Rachel, and several others. Drew, as it turns out, has the ability to transport from body to body, not so much a shapeshifter as a body thief, for as long as the body remains good before decomposition. But it wasn't always this way ? before this, Drew was once able to stay in bodies much longer, which lead him to Julia, the woman he still pines for. The ability to change bodies can help bring Drew close to Julia again, but not close enough to stay for long. And that desire to reconnect with the woman he loves so much will ultimately prove to be the undoing of many, perhaps even Drew himself.

The latest from Canadian genre vet Justin McConnell, LIFECHANGER is exactly the kind of smart and efficient genre piece that we take pride in introducing to audiences (as a World Premiere, in this case) every year at Fantasia. The body-changing premise may not be new, but McConnell's take ? a lovelorn person-to-person traveler without murderous intentions, but who has destroy to stay alive ? takes the idea to new places that set it apart. The emotional crux of the story, the desire to reclaim a lost love no matter what the cost to others, makes LIFECHANGER something fresh and alive. Helped immeasurably by excellent lead performances from Lora Burke (POOR AGNES) and Jack Foley, LIFECHANGER is an excellent reminder that all great horror is also one part tragedy, and it's that element that will help you remember this one long after you leave the theatre. Matthew Kiernan