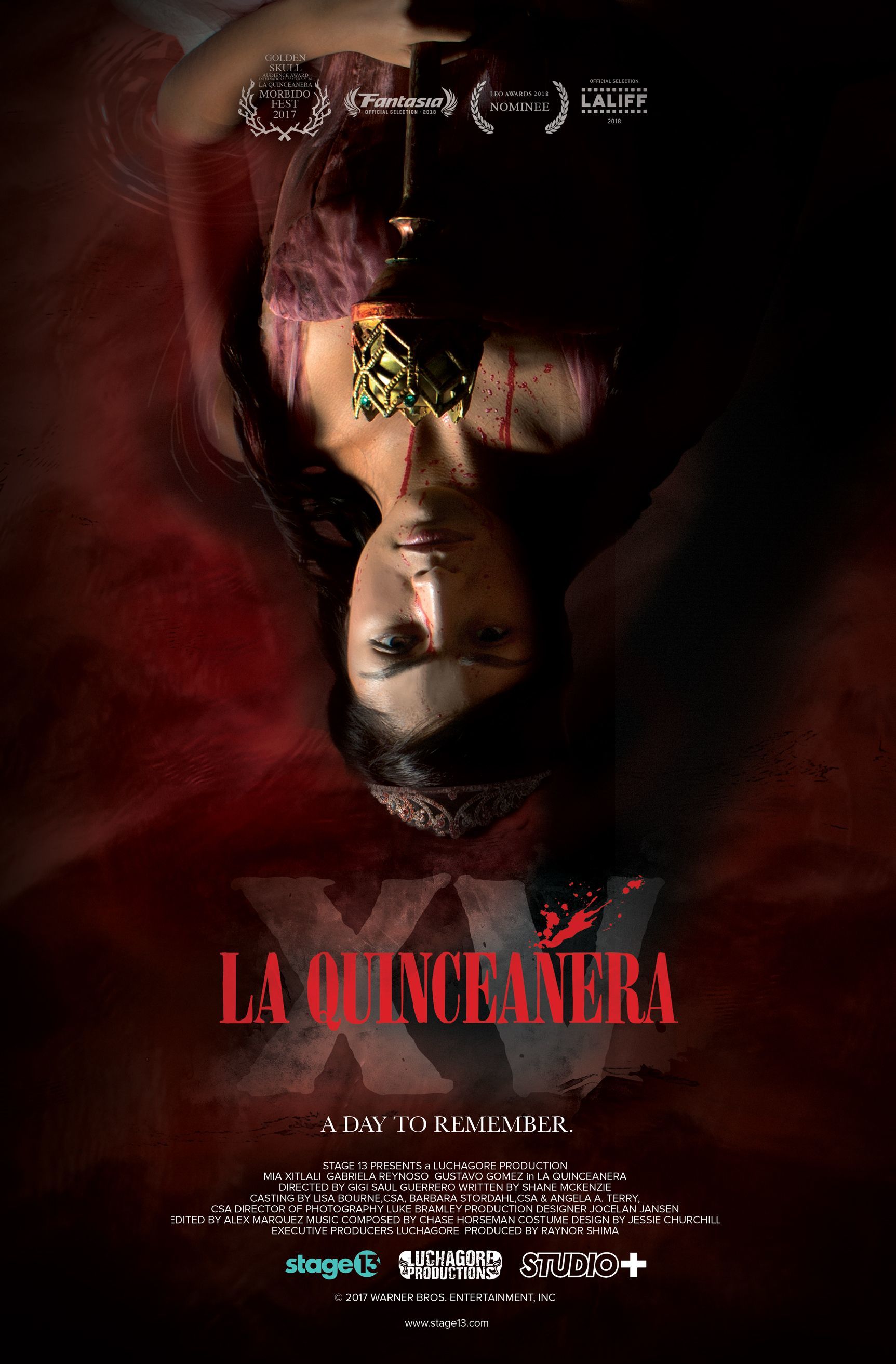 “A non-stop thrill ride... This one really crosses borders and raises the gamut”

"LA QUINCEAÑERA has a strong female voice, Latin and universal, full of family and blood!"

Fifteen-year-old Alejandra Santos (Mia Xitlali) first appears dressed like a princess as she is set to celebrate her quinceañera, the birthday that marks her debut into the world as a woman. Bothered by a recent dispute with her father, who is nowhere to be seen, she is reluctant to join the festivities. Soon enough, he appears, followed by the Del Rio cartel, who believe the Santos are hiding something that belongs to them. When they can’t find what they’re looking for, threats escalate to bloodshed and young Alejandra must witness and survive raw, unadulterated acts of violence. With her abuela by her side, they will push the limits of their strength and sanity as they take it upon themselves to avenge their family.

LA QUINCEAÑERA is a web series of seven episodes, directed by Gigi Saul Guerrero of Luchagore fame. Her shorts EL GIGANTE and MADRE DE DIOS both screened at Fantasia and each was a roaring success among fans. Staying true to her style of gritty Latin horror, evocative of the madness of Rodriguez and Tarantino, she bestows upon us what may be the bloodiest coming-of-age tale ever told. This ultra-violent homage to the strength of women and the power of family is emotionally charged and delivers much more more than your standard run-of-the-mill gorefest. You’ll root for these women, share the weight of their loss and feel the exhilaration brought on by their retaliation. In the end, you’ll find you want nothing more than to abandon yourself to this demented, blood-fueled journey of revenge, and enjoy the ride. – Tania Morissette