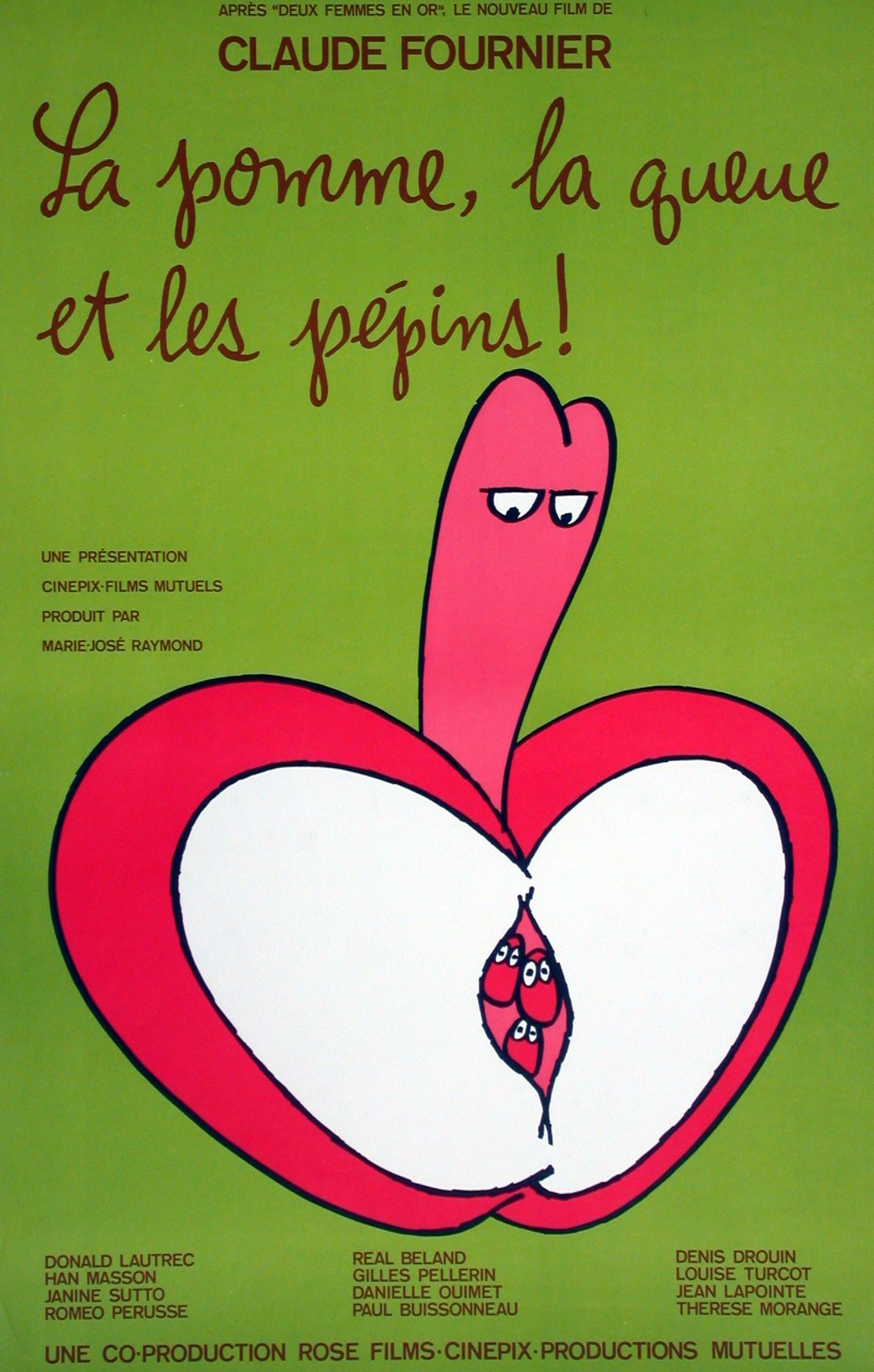 Having just gotten married to Louise Letarte, with whom he’s endlessly in love, Martial Roy’s usually potent virility is put to the test when he begins to experience erectile difficulties. A modern Quebec couple living in the middle of a sexual revolution, they have no qualms about discussing the matter openly. There’s nothing they won’t try to get Martial’s libido going again, including books, aphrodisiac cuisine, sensual dancing, hypnotism, kinky costumes, naughty friends and erotic décor. When the couple’s friends get wind of the situation, they all try to give their ten cents’ worth of advice. For his part, Martial reconnects with a former mistress and consults a female doctor. As thoughts of divorce and suicide start to creep into our protagonist’s mind, he meets an eccentric but eminent professor who has his own theories on the subject.

We are very proud to join forces with Éléphant: mémoire du cinéma québécois for the screening of a high-definition restoration of this classic, provocatively defiant erotic comedy. Based on a script co-written by Marie-José Raymond, Claude Fournier directs a comedy of manners that benefits greatly from its impressive cast. Imagine seeing Donald Lautrec, Han Masson, Roméo Pérusse, Janine Sutto, Réal Béland, Jean Lapointe, Danielle Ouimet, Louise Turcot, Denis Drouin, Francine Grimaldi, Paul Buissonneau, Gaétan Labrèche and René Caron on the same screen. LA POMME, LA QUEUE ET LES PEPINS is a memento of its era, with a sense of humour and sensibility far from today’s political correctness, and all the better for it. This cinematic time capsule has built up quite a cult following, most notably due to the saucy tirades of Roméo Pérusse and Réal Béland. – Translation: Guillaume Desbiens