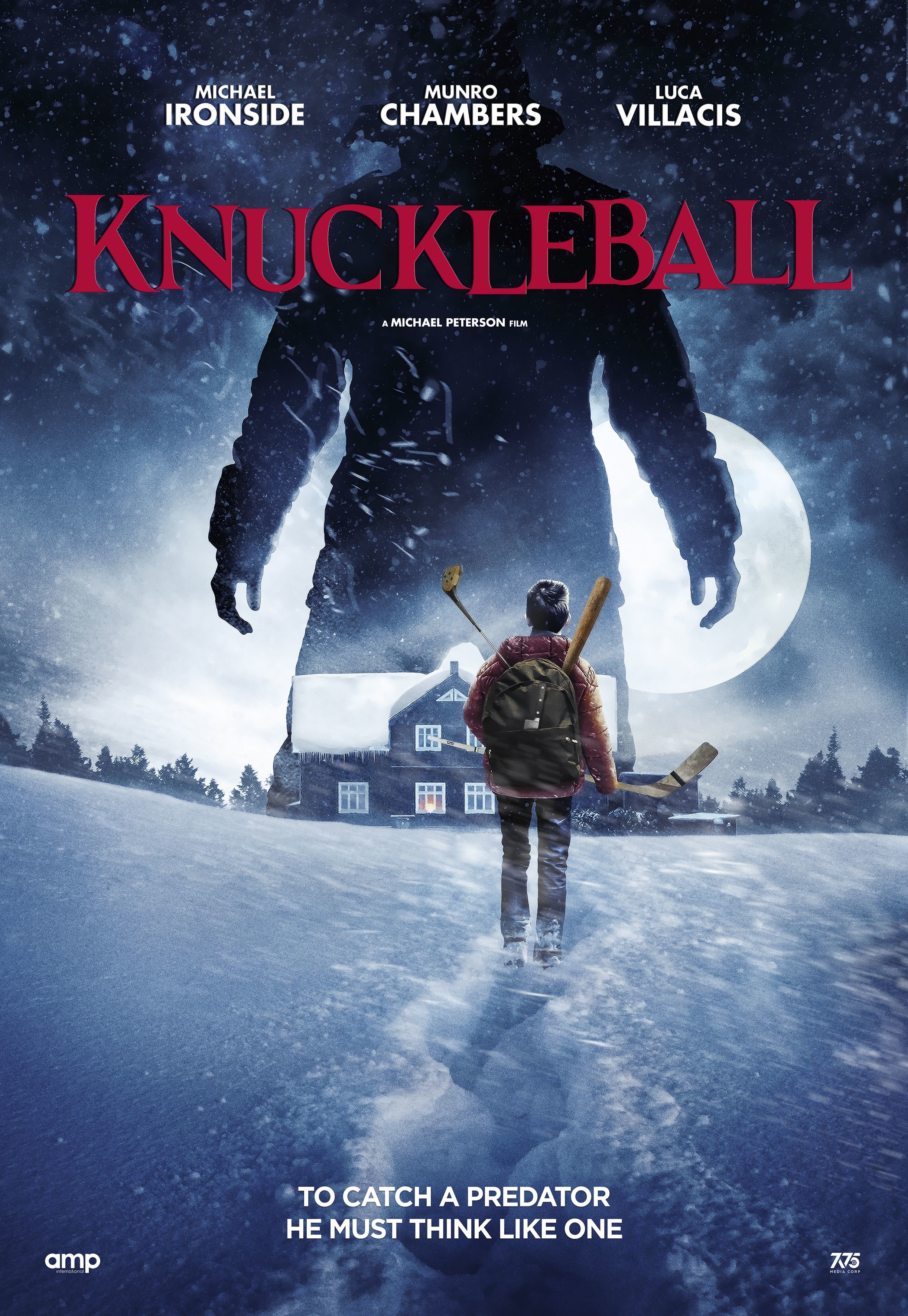 Somewhere in western Canada is a farmhouse. A seemingly ordinary and simple farmhouse with a seemingly nice and normal farmer named Jacob (Michael Ironside) residing within. There would be no reason to fear this farmhouse, but for Mary (Kathleen Munroe) it's a farmhouse that harbours bad memories and a real sense of dread. Now, a family emergency forces her to drop her son Henry (Luca Villacis) off at this farmhouse for a few days with Jacob, her father, who doesn't know his own grandson. A love of baseball helps the two bond, but that connection is broken by the arrival of Dixon (Munro Chambers of TURBO KID), the creepy next-door neighbour who seems to know a lot about the farmhouse and holds a pretty mean grudge against Henry. Over the course of the next few days, Henry is going to learn a lot about family, about survival, and how to throw a good knuckleball like his life depends on it? because it does.

This twisted, nasty thriller is not the movie you'd expect from director Mike Peterson based off his last feature, the LARPing comedy LLOYD THE CONQUEROR (a Fantasia 2012 selection), and that element of surprise suits KNUCKLEBALL well. This is one of those movies where you think you know everything going in, but trust us, you don't, and by the time it finishes you'll feel like you got hit by a... well, you know. Graced with a terrific cast (Chambers effectively shakes his DEGRASSI image here) and excellent cinematography from Jon Thomas, KNUCKLEBALL is a smart, efficient genre exercise that consistently surprises and delivers plenty of suspense. It may be (thankfully) warm outside right now, but KNUCKLEBALL reminds you that there's nothing like frosty Canadian landscapes filled with deadly intentions to truly send a chill up your spine. ? Matthew Kiernan