I Am a Hero

Add to my agenda
Remove from agenda
Buy tickets
2:00 PM 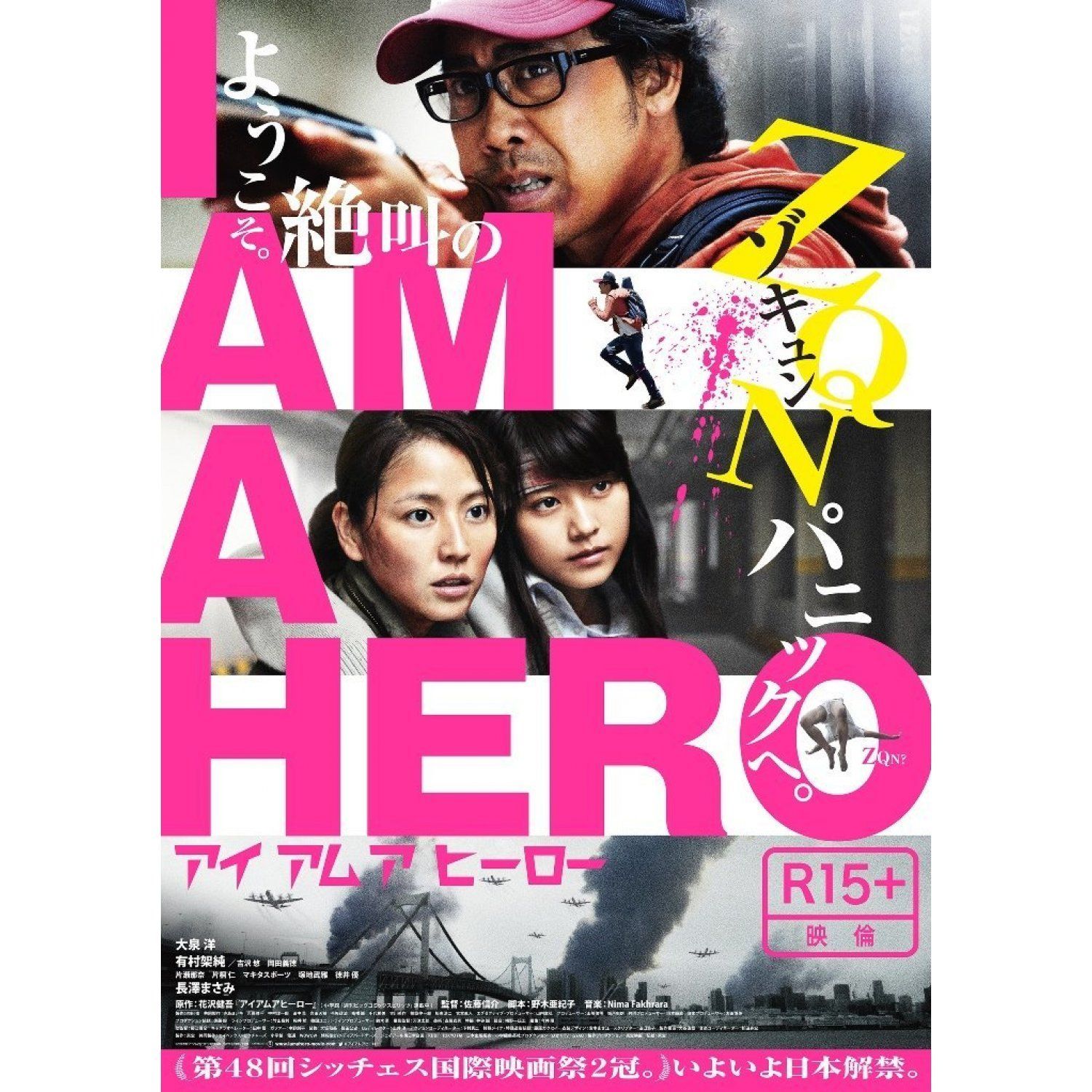 I AM A HERO is a brilliant, action-packed film that will make any zombie lover want to see this film over and over again."

[C]ompared to the many so-called thrillers in Japan that offer only the appearance of action, with blood and bodies airbrushed out, I AM A HERO is the real unironic deal.?

I AM A HERO careens along in a giddy, bloodsoaked, immensely pleasurable rush, propelled by an enthusiasm as infectious as a bite from the undead, that makes even the hoariest beats of the plot seem dipped in bright, bloody newness.

Despite having won an award at the beginning of his career, Hideo is now a 35-year-old manga artist eternally relegated to an assistant's position. He shares a shabby apartment with his girlfriend, Tekko, in which the only valuable thing he owns besides his precious trophy is a shotgun. Kicked out by an exasperated Tekko, Hideo's plans to make up are thwarted upon his return home when he finds her contorting violently before attacking him with such savagery as to shatter her skull in the process. He picks up his gun before heading out the door, a decision that proves itself useful as he steps into a full-blown epidemic that turns its victims into ultra-strong zombies called ZQN. The problem is that Hideo can't make himself use his gun, not even against the ZQN. With the help of Hiromi, a college student he meets amid the apocalyptic chaos hitting Tokyo, he will try to survive and perhaps even achieve his long-sought transformation from zero to hero.

A brilliant adaptation of Kengo Hanazawa's cult manga, I AM A HERO perfectly blends horror, humour and action as it delivers one of the most memorable interpretations of the zombie film to date. The terrifying scene where Tekko turns into a ZQN and attacks Hideo succeeds in eclipsing Zack Snyder?s zombie introduction in DAWN OF THE DEAD. From then on, director Shinsuke Sato (LIBRARY WARS, GANTZ) never loosens his grip on the audience as he delivers one breathtaking scene after another (you won't soon forget our protagonists? cab ride) and introduced unforgettable characters, infected or not, to ultimately create a truly captivating piece of cinema. No respectable horror fan can afford to miss seeing I AM A HERO with a Fantasia crowd that is sure to be in awe of this most satisfying of entertainment. Translation: Rupert Bottenberg

Add to my agenda
Remove from agenda
Buy tickets
2:00 PM