Remove from favorites Add to favorites
Showings
Share
11:30 AM

Add to my agenda
Remove from agenda
Buy tickets
6:40 PM 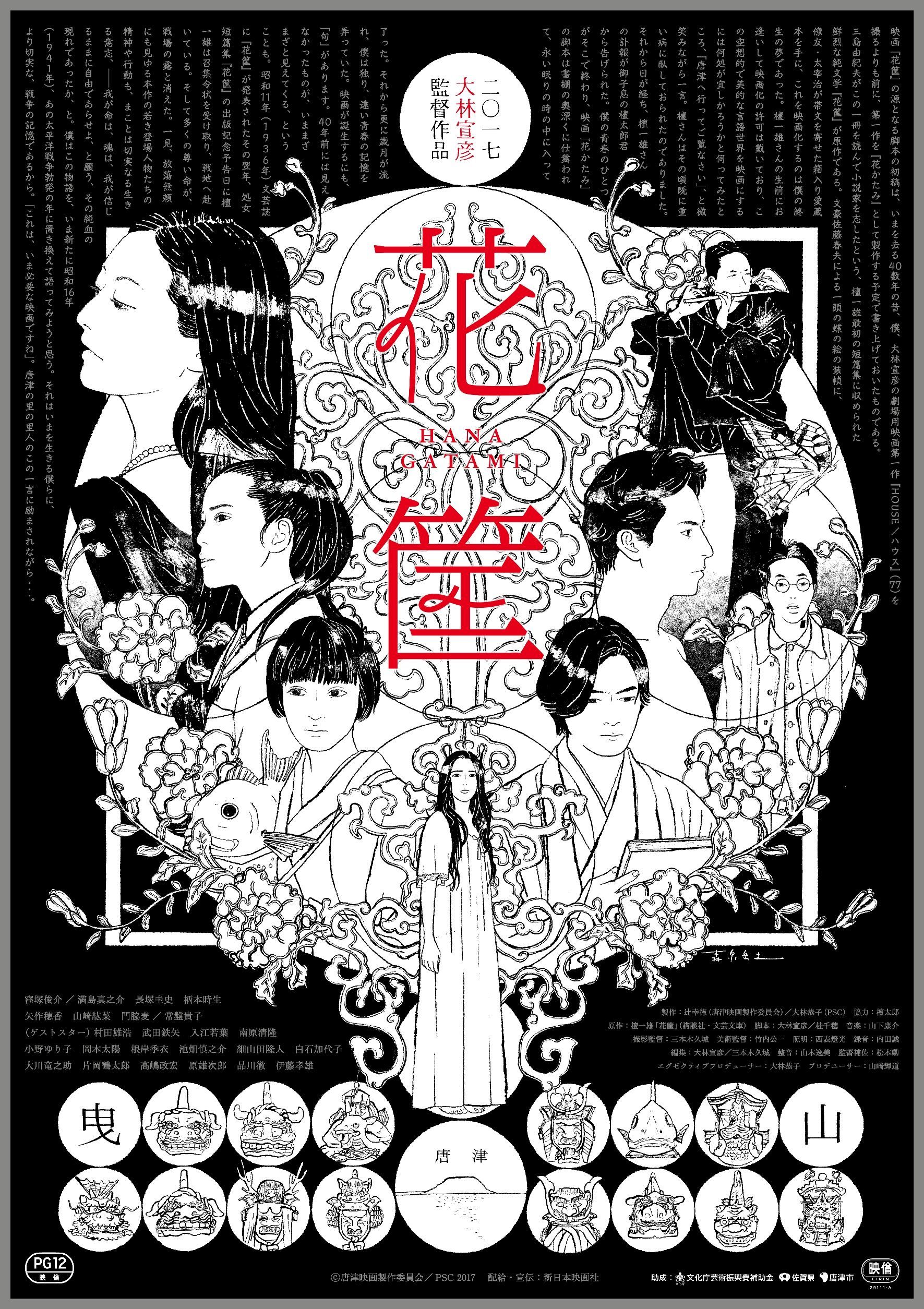 “A phantasmagoria of rapid cutting, perfervid acting and extravagant visuals... as though every frame has been Photoshopped out of any relation to reality”

Japan is preparing to go to war with the United States (the "country of Edgar Allan Poe"). Meanwhile, young Toshihiko moves from Amsterdam to Karatsu, to visit his aunt and sick cousin Mina, for whom he develops an intense, incestuous affection. Toshihiko befriends an incongruous entourage of schoolmates and thus, Karatsu – a meeting point between Western culture, Japan, and the unsettling sea looming beautifully on the horizon – sets the scene for a lively clash of spirits.

With HANAGATAMI, Nobuhiko Obayashi returns to his very first screenplay (adapted from Kazuo Dan's novel and written before the dizzying cult classic HOUSE) to deliver a true cinematic testament. Diagnosed with a Stage 4 cancer last year (from which the filmmaker has since miraculously recovered), Obayashi revisits the unique and quirky style of his earlier work and coaxes forth a breathtaking film: a coming-of-age tale coupled with an epic war drama, shot, cut and meticulously lit like an hallucinatory memory, ever-flirting with nightmare, eroticism and sentimentality.

Throughout, HANAGATAMI is inhabited by the urgency, daring, and vitality of a last (or first!) film. Obayashi offers a final bow not only towards his own oeuvre, but also vis-à-vis the history of cinema and literature that has marked him personally – from Sadao Yamanaka to the pacifist cinema of the post-war masters, to the avant-garde and psychedelic theatricality of the 1970s (Shuji Terayama, etc.). Everything is here, on display like an exploded view of the psyche of a great artist, truly virtuosic and free; a kaleidoscopic digest of everything that makes Obayashi such a unique creator. – Translation: Rupert Bottenberg

Add to my agenda
Remove from agenda
Buy tickets
6:40 PM

On the day of her birthday, Jade’s hallway becomes the theatre of her life choices.