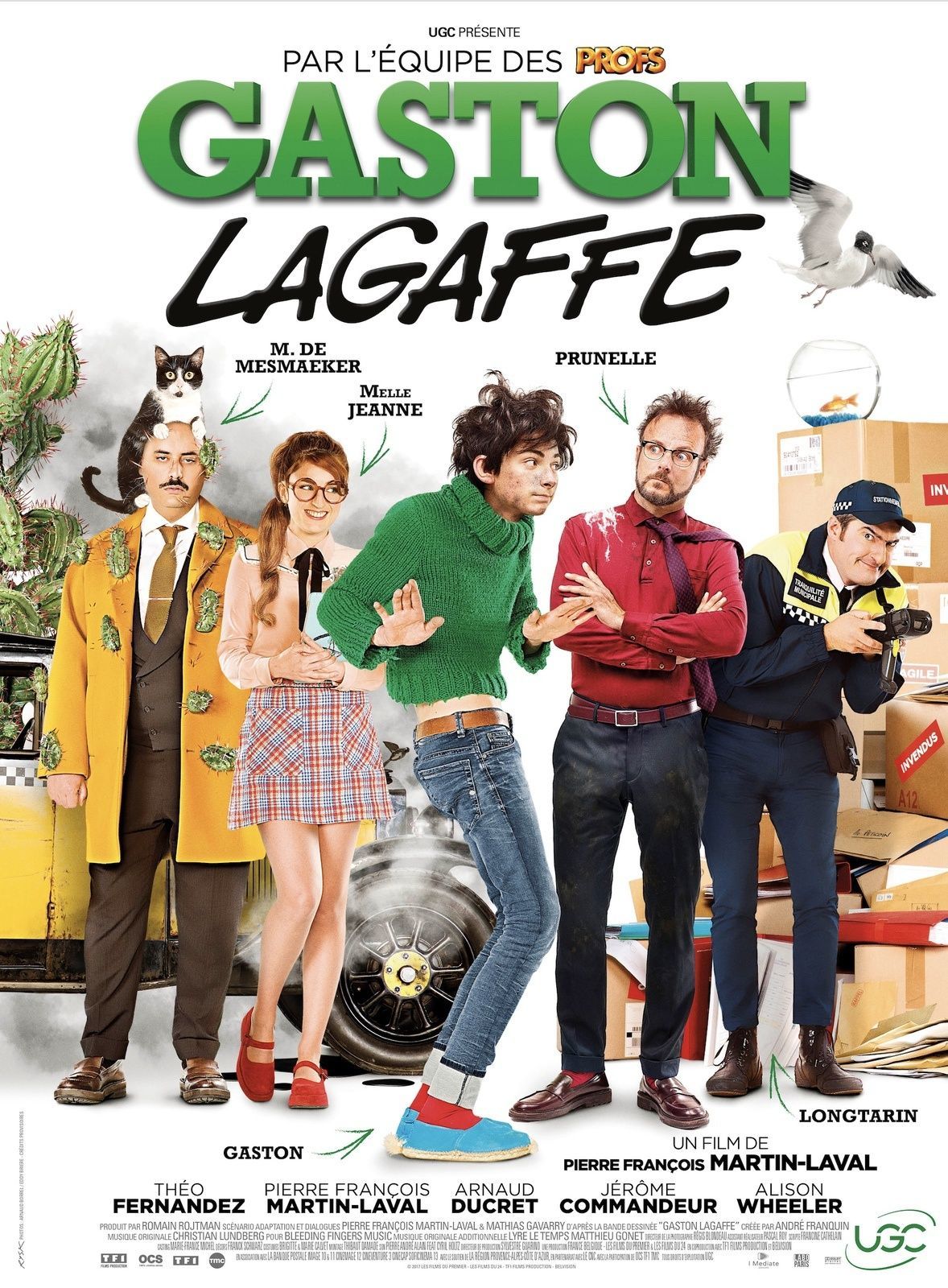 Gaston lands an internship as a messenger for Au Petitcoin, a growing business specializing in creatively recycling items with manufacturing defaults, its slogan being ?At Petitcoin, we turn uselessness into usefulness.? Mr. de Mesmaeker, a conceited businessman who dreams of becoming the king of online sales, has made it his goal to buy the store. Its general director, Léon Prunelle, initially resists the idea of parting with the young company. But following applied pressure from his boss, who?s away on a long vacation, he desperately tries to sign the sales agreement, a contract seemingly impossible to co-sign as long as Gaston still works for Au Petitcoin. Despite his best intentions, the latter remains the uncontested prince of disaster. Environmental enthusiast, animal lover and part-time inventor, Gaston spends most of his time trying to avoid work while attempting to improve his colleagues? deteriorating work conditions?

Bringing André Franquin?s iconic, episodic comic book to the screen proved to be quite a challenge. Pierre-Francois Martin-Laval skillfully adapts the material by notably transposing the Dupuis books and Spirou magazine universe to the world of online commerce (which multiplies the possibilities for crazy inventions), while still featuring most of said universe?s characters. In addition to Gaston, Prunelle and Mr. de Mesmaeker, you?ll happily run into Mademoiselle Jeanne, Officer Longtarin, Yves Lebrac, Jules-de-chez-Smith-en-face, Bertrand Labévue, as well at the crazy cat and the laughing seagull. Martin-Laval?s visual approach s the tone of the source material, while his mise-en-scène is filled with slapstick gags tailor-made for the screen. All in all, an unpretentious film that only wants to make the entire family laugh. ? Translation: Guillaume Desbiens

An autobiographical animation about Tyler and his family.