Add to my agenda
Remove from agenda
Buy tickets
12:15 PM 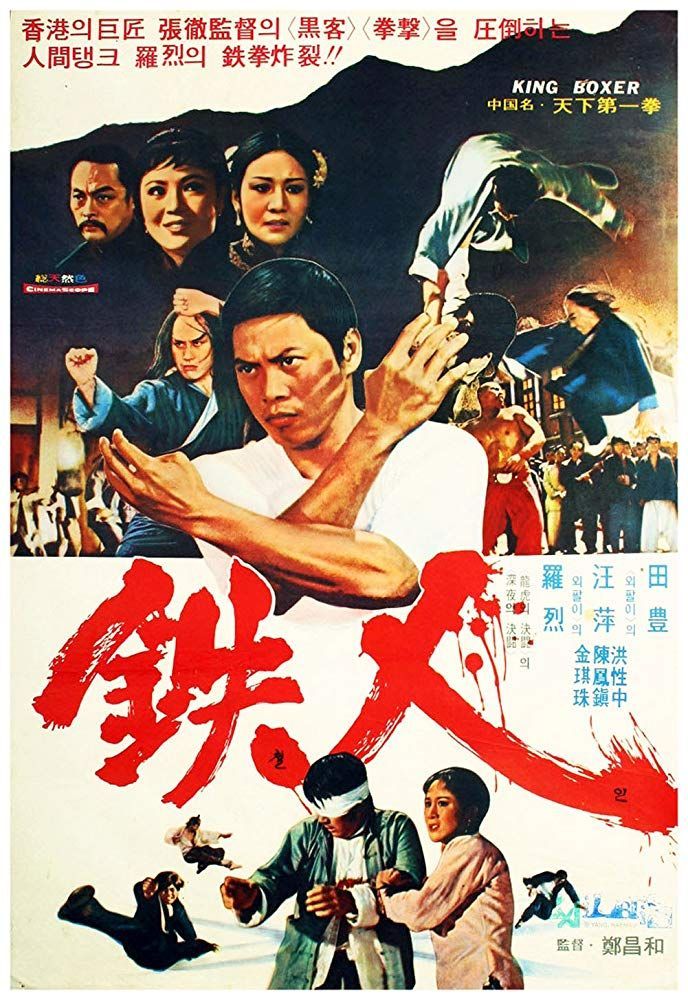 ?A reminder to the hardened fan of just about everything fun about the genre?

Bryce Wilson, THINGS THAT DON'T SUCK
Chaos reigns in the martial world. Two rival schools are vying are victory at the forthcoming championship tournament. For evil Master Meng, it will be achieved at any cost. Mild-mannered Chao is thrust into this arena of intrigue when he joins Master Chen?s respected school. Meanwhile, Meng has dispatched some freelance fighters to create havoc and destabilize Master Chen?s school. When Master Chen in injured, he entrusts the Iron Fist technique to Chao, triggering an avalanche of jealousy with his main student Han. Han secretly joins forces with the rival school! Along the way, more deaths, betrayals, some eye-plucking and a potent love triangle materialize. Will Chao successfully master the high-voltage Iron Fist technique in time?

This is the classic that kickstarted the kung fu craze in the West, just a few months before Bruce Lee cemented himself into pop culture with ENTER THE DRAGON. A shameless favourite among aficionados, notably Quentin Tarantino, who used the Iron Fist musical cue in KILL BILL, memorable here when our main hero?s hands glow radiantly red! Now brace yourselves for the original Mandarin version, fully restored and presented in 35mm ShawScope for the first time in Montreal ? it has only ever been screened in English or French dubbed versions. Lo Lieh, best known for playing infamous baddies, fully showcases his dramatic and athletic chops, as the main good guy (a rare occasion!). Korean director Walter Chung, who also directed other HK classics, elevated the kung fu genre with just the right touches of brutality and gracefulness, and introducing new techniques ? including the use of trampolines, allowing the fighters to move more freely in the air, for new heights of dynamism and ferocity! ? King-Wei Chu

Add to my agenda
Remove from agenda
Buy tickets
12:15 PM