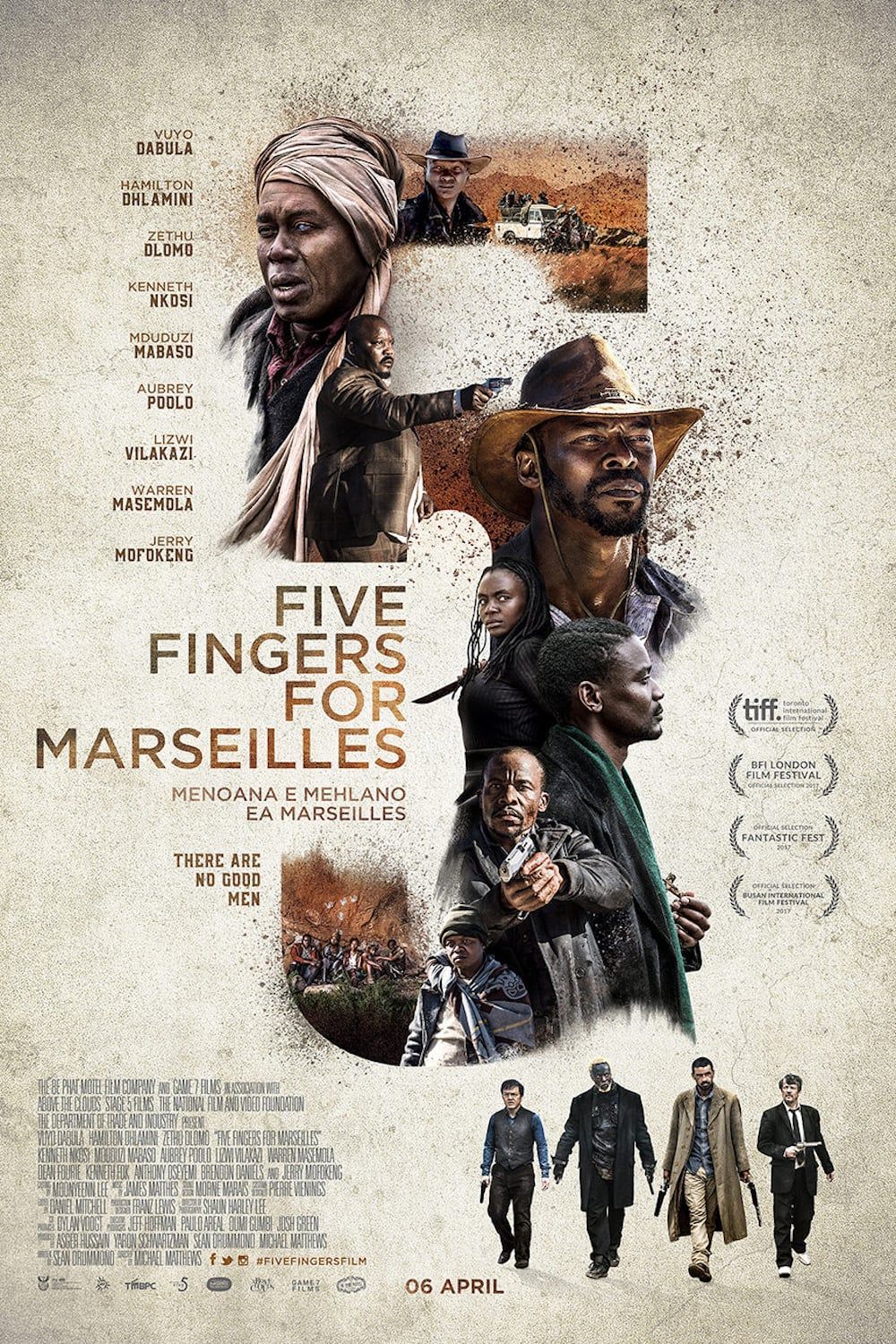 "An impressively effective and engrossing cross-cultural hybrid that has a great deal more than novelty value going for it."

In the last days of Apartheid, over the Eastern Cape city of Marseilles, corrosive trouble is brewing in a desolate railway town. A gang of young friends, the Five Fingers, formed to fight against the white oppressors who victimize their people, are in bloody conflict with the police. Young Tau ends up killing two officers, ditching his friends and going deep into hiding. Twenty years later, Tau, now an infamous, hard-edged outlaw, is finishing his prison sentence for an unrelated crime. He returns to Marseilles with the intention of leading a peaceful life, only to discover that childhood friends from the Apartheid era have internalized the worst energies of that period, recreating the very tyranny they once fought against. A ferocious new struggle will tear through the streets. One that may finally bring freedom to this ravaged colonial town.

A tense, riveting thriller that takes the Western genre to uncharted grounds, FIVE FINGERS FOR MARSEILLES is both a first for South African cinema and one of the most potent films of the last year. After persevering through seven years of development, which included extensive consultation with the local community, director Michael Matthews pulled his dream project into grueling production. The result has been wowing audiences at festivals across the world. That this is Matthews’ feature debut is just astonishing. A tough redemption narrative in large part about colonialism and an enthrallingly atmospheric dose of pure cinema vibrant with mythic qualities, FIVE FINGERS subverts the Western in a string of exciting ways, not the least being to have its story told from within the townships. This is a film that needs to be seen. Twenty years from now, people will still be talking about it. – Mitch Davis