Add to my agenda
Remove from agenda
Buy tickets
5:00 PM 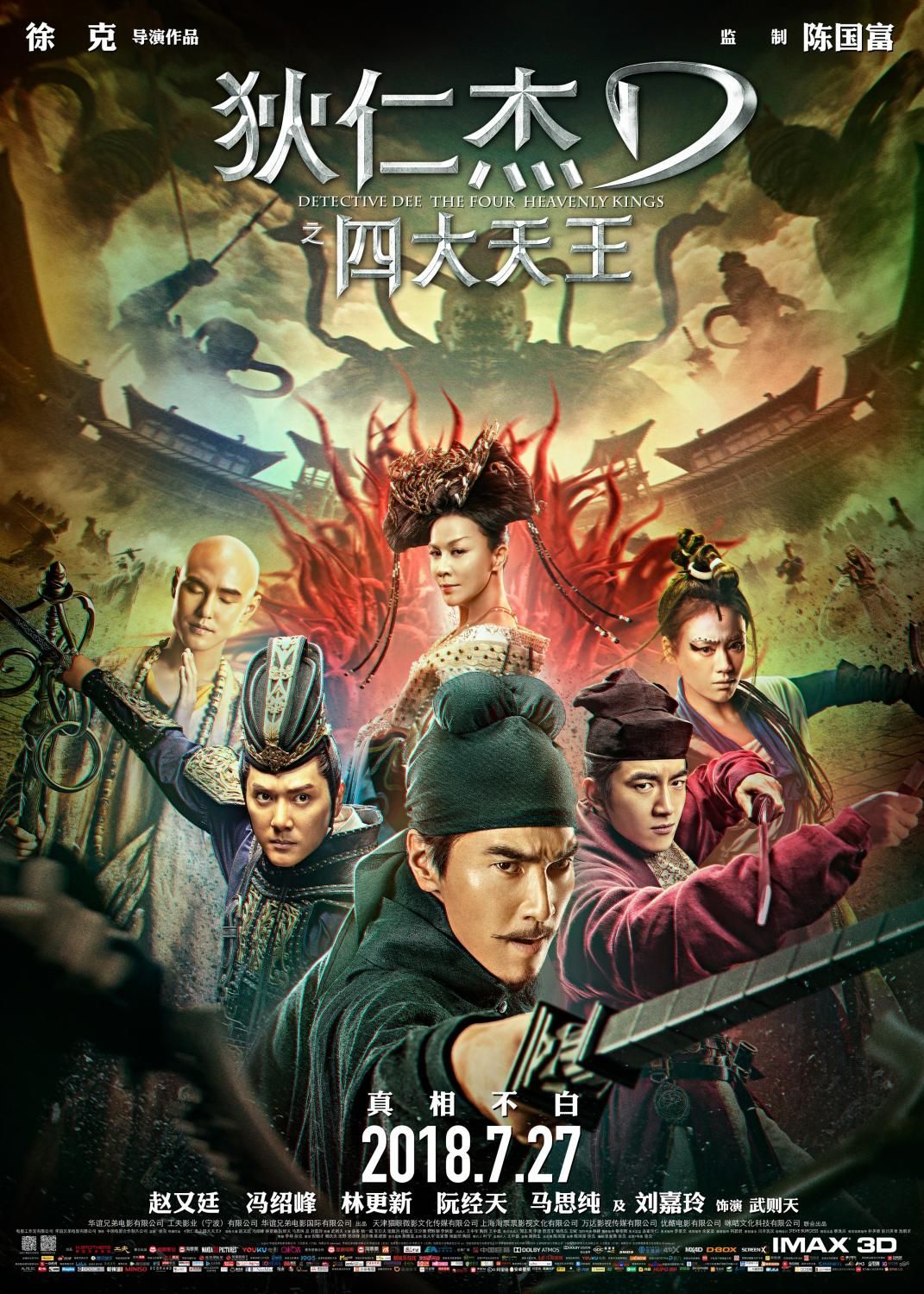 No One Will Ever Believe You

It’s Halloween season and Lucy wants to prank her sister Maggie by giving her a good scare. However,...

Following the events of the Detective Dee's first appearance on the silver screen, the intrepid investigator has become entangled in an even more challenging web of mystery, menace and mistrust. A series of shocking, otherworldly incidents has disrupted the city. As Dee seeks to deduce the truth behind them, he finds himself most decidedly out of favour with the haughty Empress Wu. Bedeviled by the confounding puzzle he must solve, and in a dire predicament of his own, Dee may not live to resolve either crisis, for he must also confront a very dangerous new opponent.

Journey many centuries back to a marvelous reimagining of China's Tang Dynasty era, a time of worldliness and wonders and watch it explode with action, innovation, inspiration and utter delirium, orchestrated by the pop-cinema potentate of Hong Kong, Tsui Hark himself. A master of many genres, from crime thrillers to comedy capers and romantic charmers, Tsui, the Spielberg of Hong Kong is particularly attached to wuxia, or heroic warrior, cinema. From 1983's zany ZU WARRIORS FROM THE MAGIC MOUNTAIN, to GREEN SNAKE, SEVEN SWORDS, and of course 2010's award-gobbling smash hit DETECTIVE DEE AND THE MYSTERY OF THE PHANTOM FLAME, Tsui has always gone over the top when sorcery and swordplay are in the mix. Mark Chao, who assumed the role of Dee from superstar Andy Lau in the 2013 prequel YOUNG DETECTIVE DEE: RISE OF THE SEA DRAGON, returns in what might well be Dee's (and Tsui's!) most breathtaking fantasy adventure yet! Rupert Bottenberg

Add to my agenda
Remove from agenda
Buy tickets
5:00 PM