Destiny: The Tale of Kamakura 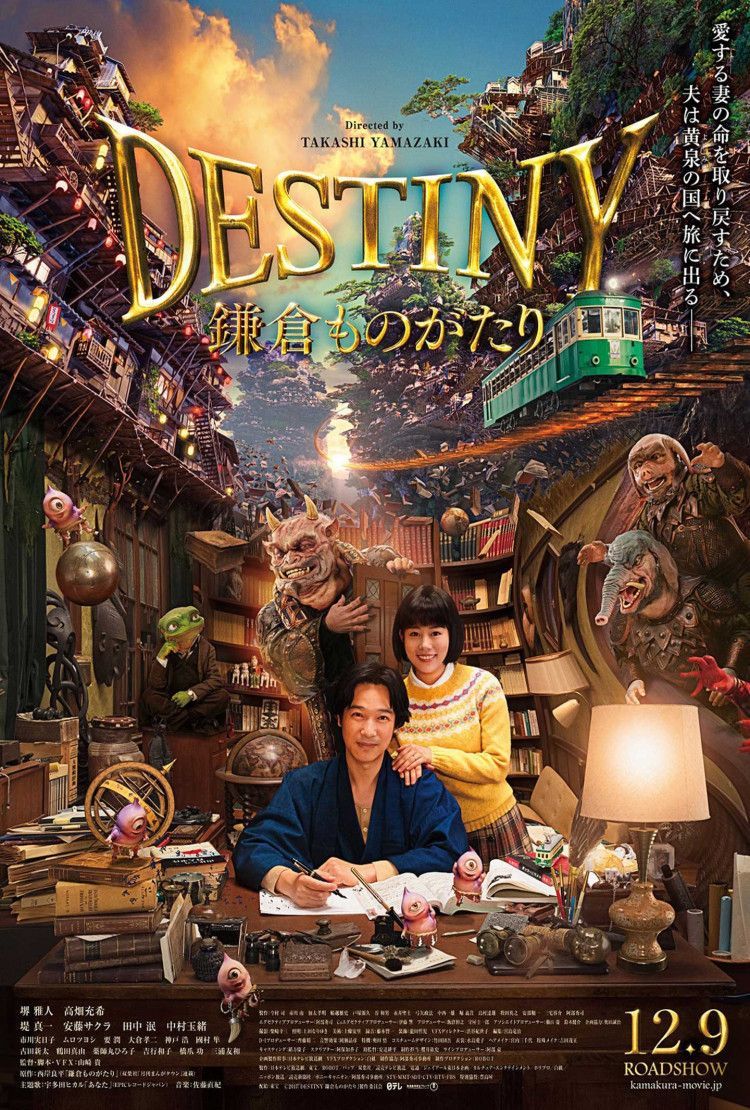 The honeymoon is over for newlyweds Akiko and Masakazu Isshiki, who've just moved into his family home in the quiet town of Kamakura. While her husband, an author of fantastic fiction, struggles with writer's block, Akiko has to come to terms with the rough spots in a marriage the misunderstandings, the doubts, her hubby's obsessive toy-train hobby. And then there are the peculiarities of Kamakura, which, as Masakazu remarks offhandedly, has been a magnet for mystical energy for millennia; Ghosts, goblins, even a charming local death god amble through its streets, and what's more, her husband moonlights as a spectral investigator for the local police! For such a sleepy little town, there are certainly a lot of strange things going on?

Full of every kind of enchantment, from giddy romance and gentle anachronisms to an otherworldly night market that's a treat tailor-made for Guillermo del Toro fans, this two-hour tour of Kamakura (with a detour through the afterlife!) bears the unmistakable stamp of director and visual effects wizard Takashi Yamazaki. His flair for the fantastic lit up SPACE BATTLESHIP YAMATO and the PARASYTE films, but the ambiance of affection and nostalgia the so enriches DESTINY strongly recalls his endearing ALWAYS: SUNSET ON THIRD STREET. No surprise, both are adaptations of manga by Ryohei Saigan. As the loving couple at the heart of the matter, Masato Sakai (GOLDEN SLUMBERS) and Mitsuki Takahata (JAPANESE GIRLS NEVER DIE, and the voice of Nana in this year's TRAVELLING CAT CHRONICLES) are really something special ? and Sakura Ando (100 YEN LOVE) is a delight as the debonair death god with a soft spot for true love. Rupert Bottenberg