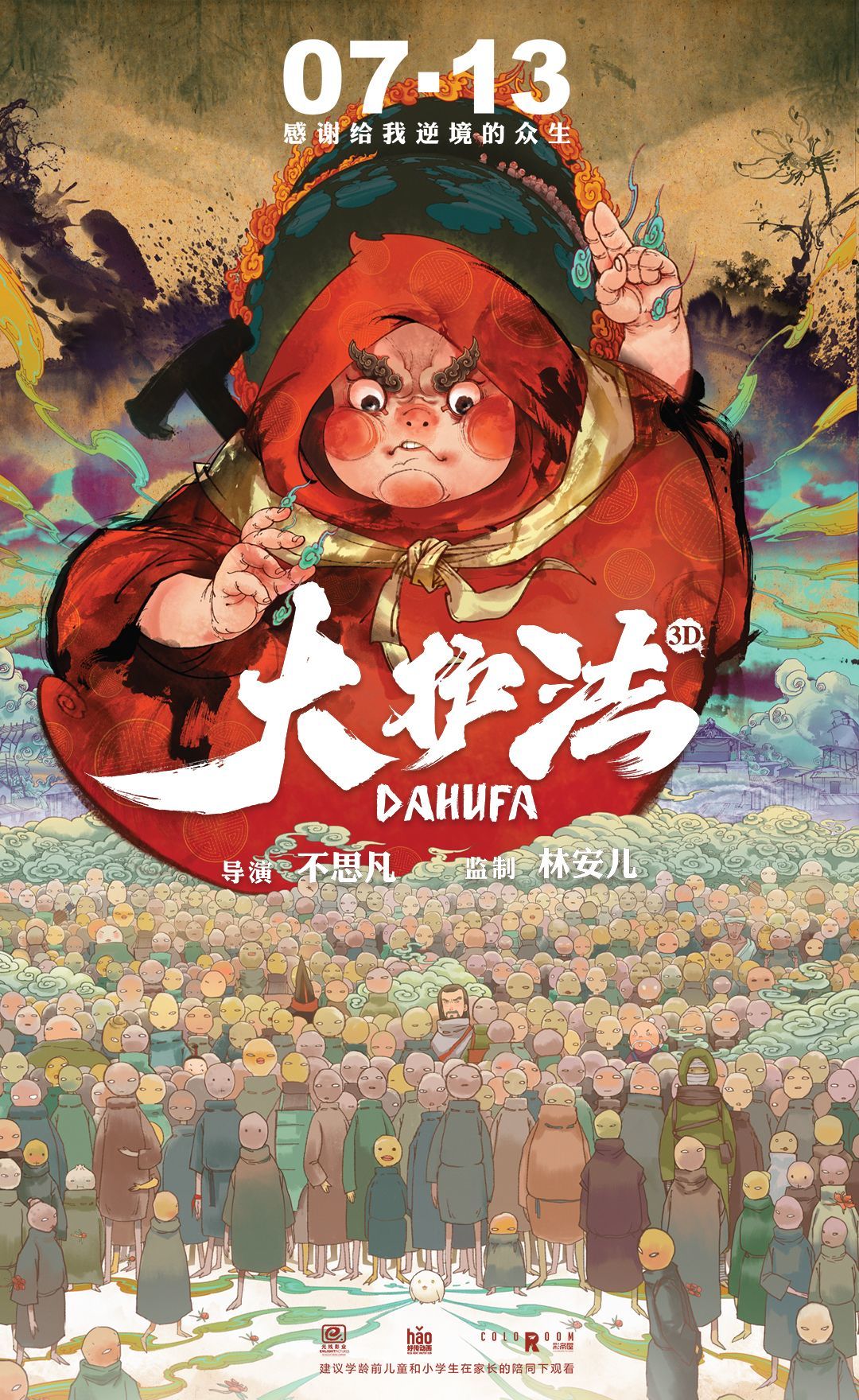 Short, fat, and a formidable fighter, Da Hu Fa – the Grand Protector of Yiwei – is searching for the kingdom’s capricious prince, whose life he is sworn to safeguard. The search brings Da Hu Fa to a town hidden in the mountains, and a strange place it is, indeed. A giant smoky peanut hovers overhead. Paper eyes drift and scatter like dried flower petals. Impish ant-monkeys scurry in the grass. And the scowling little hero receives a silent but rather uncourteous welcome from a pair of axe-wielding woodcutters. For all the colourful posters plastered about, an atmosphere of dread and corruption permeates the place, and violence arises with frightening ease. How could the errant prince survive here?

All but unseen outside of China until now (and it got little love at home from official institutions, at that), the independent debut feature film from writer/director Yang Zhigang, AKA Busifan, is the first Chinese animated film to voluntarily carry a self-applied PG-13 rating. In DA HU FA, the archetypal narrative so familiar to kung fu, samurai, and spaghetti-Western cinema – the tough and resourceful antihero facing down a town gone bad – gets pumped full of fantastical, folkloric flourishes and erupts into a subversive allegory raging at the social architecture of totalitarianism. Rife with unsettling mystery, murderous gunslinging, and bursts of black humour, and boasting a most memorable protagonist in its titular “guardian” (more of his adventures, please, Busifan!), DA HU FA is a wonderfully unusual and defiant work of rambunctious, rebellious fantasy animation that’s among Fantasia’s most potent discoveries of 2018. – Rupert Bottenberg