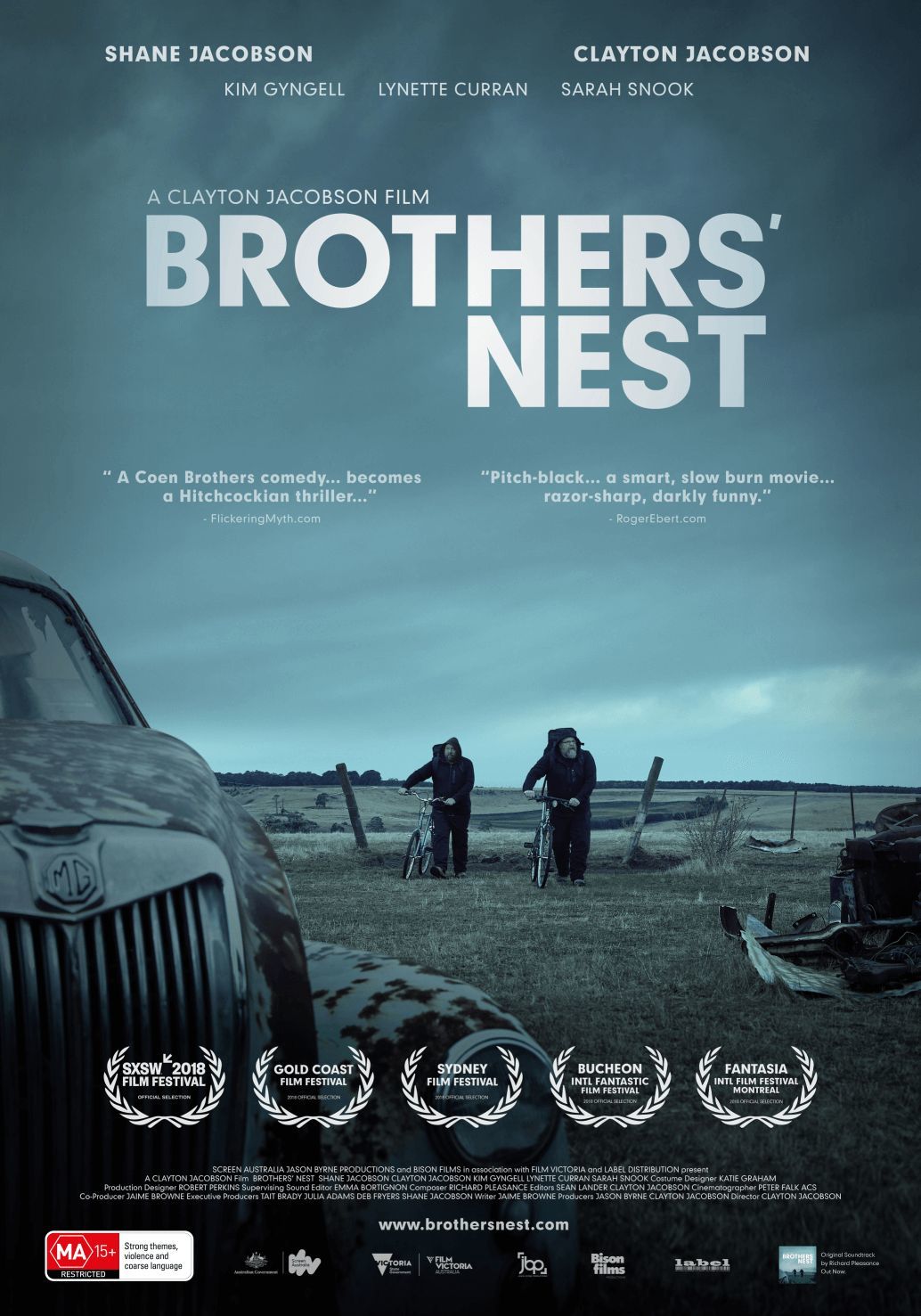 "A comedy that's blacker than pitch, and tethered enough to unexaggerated human behavior that it can really commit to the consequences of its characters' colossal stupidity"

There is a mysterious, early-morning fog over the cold countryside of the state of Victoria, Australia. Two brothers on their bikes make their way through the wilderness to the secluded family home. As they meticulously dress up in solemn silence, orange suits, gloves and shoe covers, it gets more and more obvious that their intentions are anything but righteous. Together, they have a plan, a perfectly timed and detailed plan. A plan for murder. The initial motivation-couldn't be clearer, the usual "change to the will". With the siblings isolated together, family grudges slowly resurface, and the classic, twisted tale of homicide changes course for the very worst.

There is a subtle flavour of an Agatha Christie's novel mixed with the precise and hyper-creative writing of another pair of filmmaker siblings, the Coens, in BROTHERS' NEST. Aussie director Clayton Jacobson (one of the two real-life brothers) brings an unexpected feature to the screen and a fresh take on the humorous crime story. Claustrophobic, dark and dangerously smart, BROTHERS' NEST's greatest strength lies in two great performances and dialogue packed with one-liners to die for. Recently world-premiered at SXSW, this sharp and gloomy comedy is a must-see for the Fantasia audience. In all good black comedies, the more perfectly structured the plan, the more it goes wrong. Indeed, "Nothing goes as planned" has found a whole new meaning here. And boy, let me tell you, this plan is one hell of an entertaining and joyful mess. - Celia Pouzet